Back in January of 2014 I posted 5 random Disney postcards that I picked up from a shop near a place where Rolly Crump was doing a signing of the Seekers of the Weird comic book. Fast forward to June of 2015 and I was at the same comic shop (Beach Ball Comics) for a signing of the Big Thunder and Figment comic books. This time it was another Disney Legend’s turn to sign, Tony Baxter! Besides the singing of the comic, I took the opportunity to visit the same local shop to pick up another group of $1 post cards. 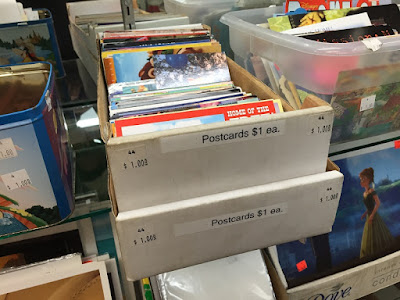 Postcards are pretty much the perfect collectible for Disney ephemera hunters like me. They’re cheap, easy to display, easy to store, and they’re usually pretty. I again limited myself to only 5 cards, somehow.
Postcard #1 – Tomorrowland 1998 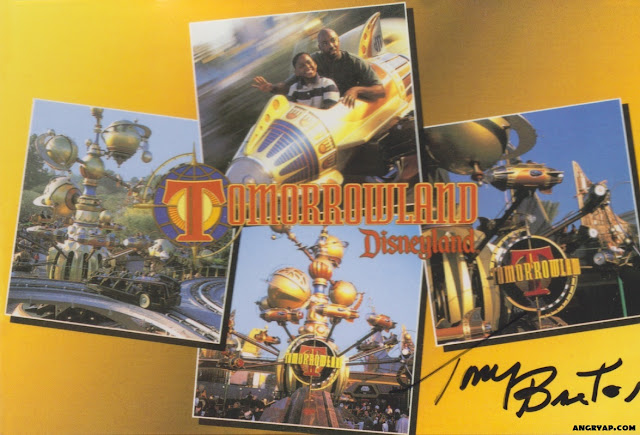 I’m starting to see less and less Tomorrowland ’98 items show up on collector shows and on Ebay. Not that any of it is valuable or limited, but that so much of it is plentiful and low in cost that I suspect people have stopped trying to sell it. The reason I bought this card was because I thought it would be strange to have a piece of  Tomorrowland ’98 merchandise signed by Tony Baxter. This will make a great conversation piece to no one.
Postcard #2 – Used Disneyland Paris Postcard 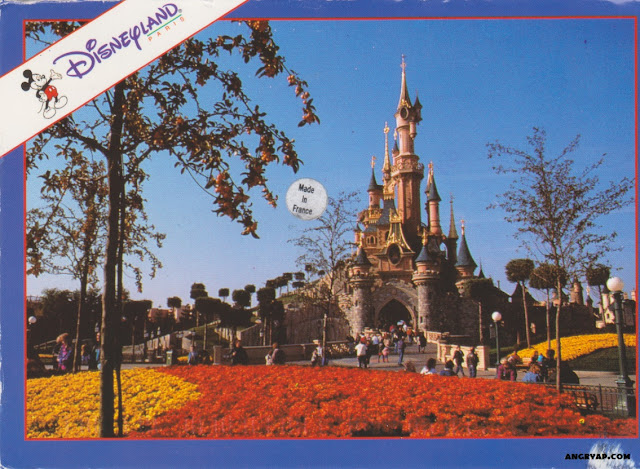 This may look like a standard boring old postcard from Disneyland Paris but the real reason I got this was because it was actually used by random strangers that I do not know to send to their friends back home. 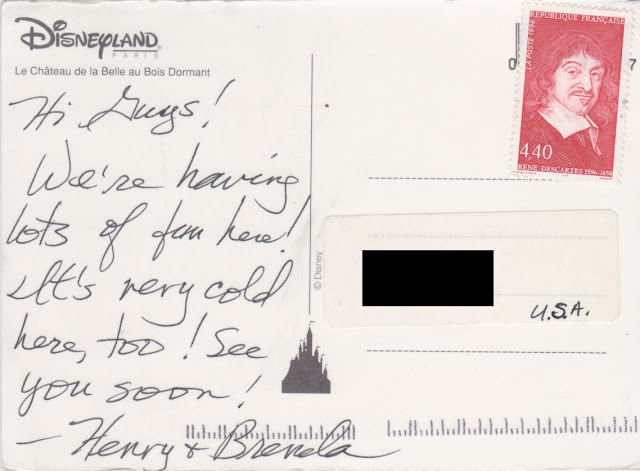 Henry and Brenda were eager to tell their friends that they were having “lots of fun” and it was “very cold here.” Fascinating stuff. I doubt Henry and Brenda would appreciate the card that they took time out of their busy vacation to send their friends back home ended up in the hands of a disgusting Disney blogger, but that’s the risk you take when sending a postcard.
Postcard #3 – Disney’s California Adventure Opening Year Postcard 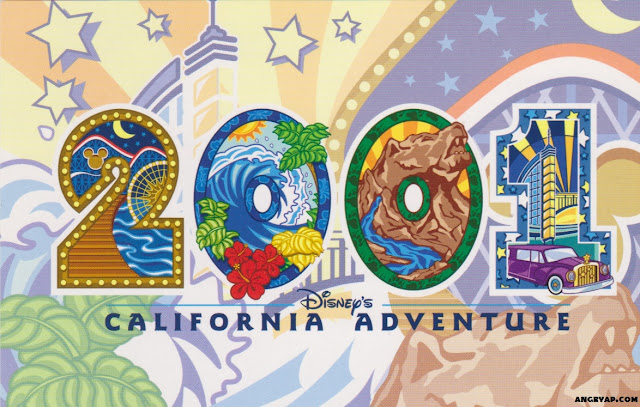 Here we go, this postcard is more in the flavor of this blog. This card is from the opening year of Disney’s California Adventure, and it TOTALLY looks like it. Oy! Major bonus points for the postcard including a limousine Superstar Limo.
Postcard #4 – Disney’s Animal Kingdom

This card is undated but I have to assume it’s from either the early years of Animal Kingdom, or maybe even pre-opening. This card gets bonus points for having one extinct attraction (Discovery River Boats), and a renamed attraction (Countdown to Extinction). The back of the card says “A New Species of Theme Park.” I really like the artwork featured on this card and I was surprised that I’ve never seen it used anywhere else.
Postcard #5 – Mid 90s Disneyland Hotel 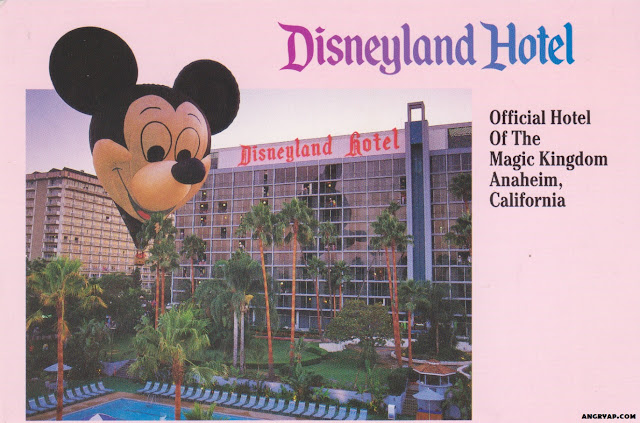 There’s a lot to love about this postcard but my favorite has to be the appearance from Earforce One. That balloon had a mythical status when I was a kid. I would constantly see it in Disney commercials and print advertisements but never in real life. I wonder what ever happened to that thing.
Bonus Postcard – tffrd and Bianca at New York Deli at DisneySea 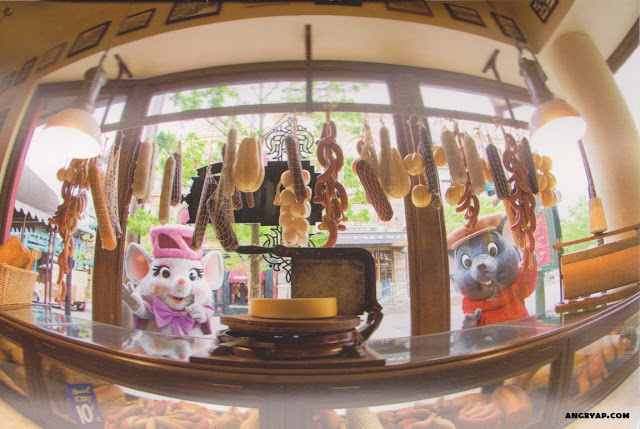 I didn’t obtain this postcard at the same shop as the others but it’s too good not to share. Here we see Bianca and Bernard looking into the window at New York Deli in DisneySea. Those mice are hardcore fiending over those cured meats in the window and I don’t blame them one bit. 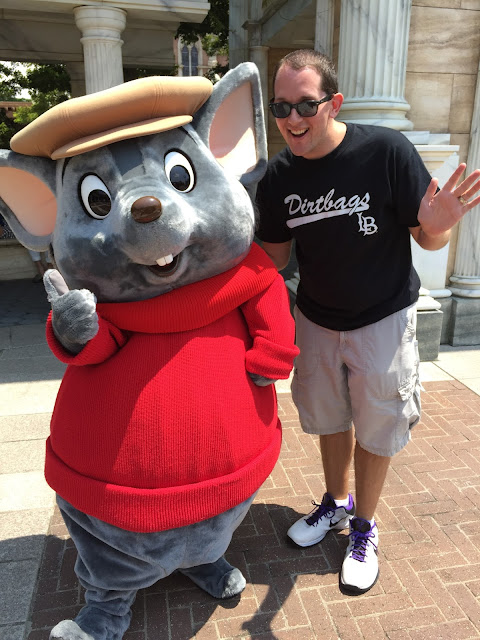 Speaking of Bernard, I met him at DisneySea last month! That’s all the postcards for this time. I’ll pick up some more next time I’m in the area. Maybe it won’t be a year and a half this time.