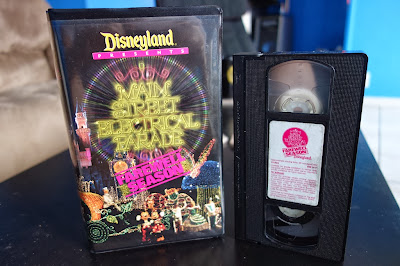 First off you have to love the old Disney VHS cases. If you’re like me and you grew up in the VHS era, Disney tapes were as much of a part of your childhood as breathing was. Sure, this isn’t a classic Disney movie but it is a classic Disneyland and Walt Disney World parade. Arguably the most popular Disney parade in history. This tape was sold in 1996 as part of the Farewell Season. I’ve posted several items from the Farewell Season promotion which you can see here.
I do have doubles of this tape for some reason. I’m not sure why my grandma (who didn’t make much money) would buy two Main Street Electrical parade VHS tapes, but I guess she thought that these would be a valuable collectors item some day. Or perhaps she had the foresight to know that some day her beloved grandson would blog about his Disney collection on the internet. Either way I probably have more copies of this tape than any normal should. 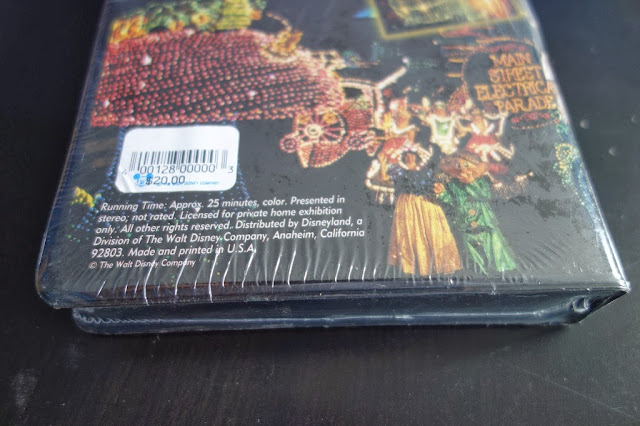 My second copy is brand new, in it’s original seal and still has the price tag. $20.00!!?! This tape was only 25 minutes long. That’s $0.80 per a minute! I do like the distribution notice “Distributed by Disneyland, a Division of The Walt Disney Company.” 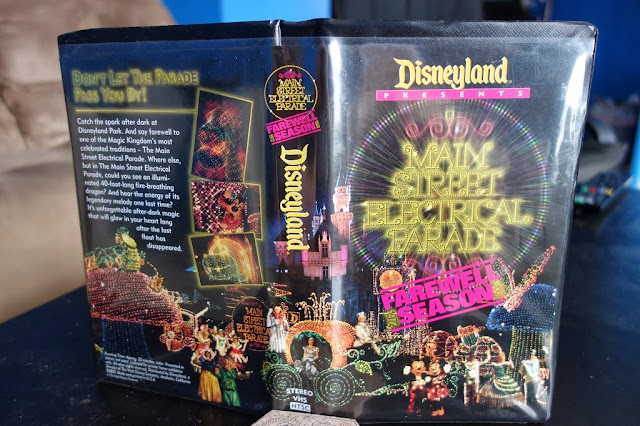 Take a look at that beauty. The great thing about VHS tapes was that their covers were huge so they could fit a lot of art on the front and back. Disney really went all out with this one. The gigantic Main Street Electrical Parade logo on the front would make any DVD case tremble in fear. But the VHS clamshell says, “No bring it on. Give me your biggest logo and I will handle it with ease.” 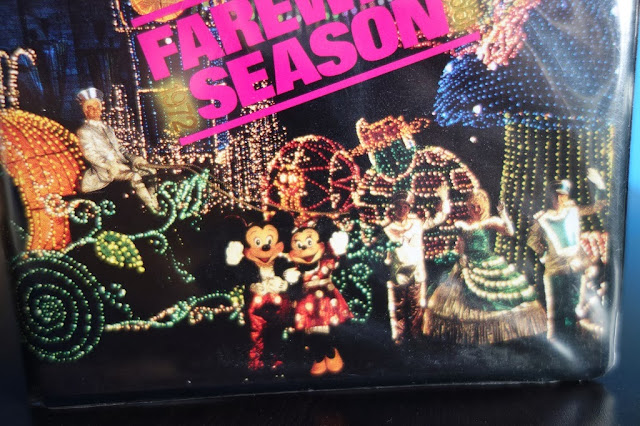 They could have just gone with the giant logo but Disney actually put a good chunk of the parade on the front and back cover. This was a good move. I’m also glad they used a staged publicity photo instead of just show a still from the video or something. Using a photo as a background instead of a solid color makes the cover much more dynamic. 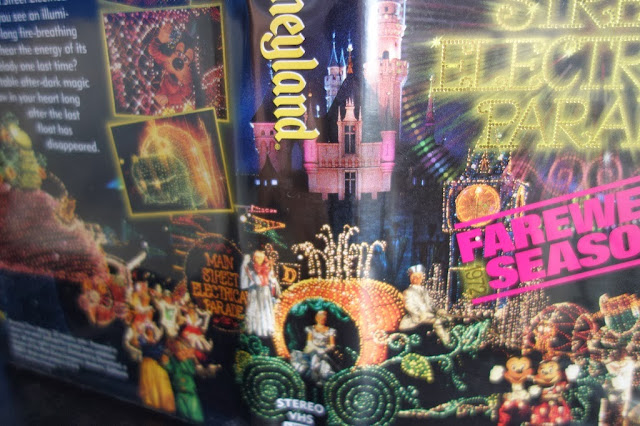 I mean really. Just look at how that photo wraps around the front, spine, and back. So good! 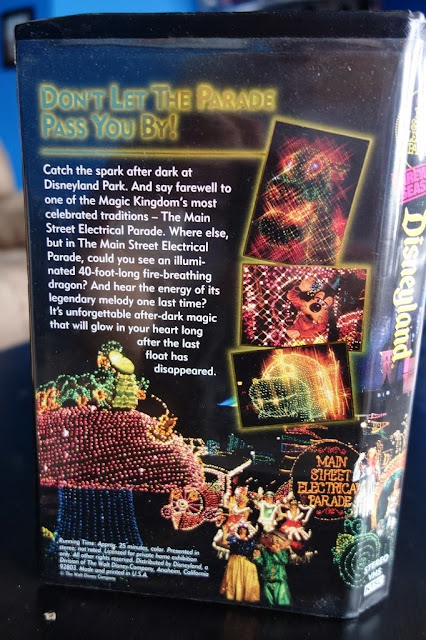 Wow, that description. It’s really hammering home that you will never see this parade again and you NEED this VHS tape. Every line in that description is good. “Catch the spark after dark at Disneyland Park” “And hear the energy of its legendary melody one last time” “It’s unforgettable after-dark magic that will glow in your heart long after the last float has disappeared.” Wow. Earlier I said I was curious as to why my grandma would buy two of these. Now I see why. She must have read that description and gotten just as pumped as I am right now! 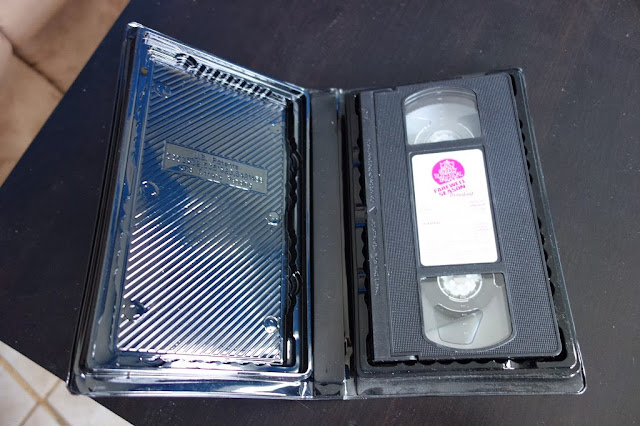 Opening up the case you see it’s similar to the standard giant clam shell that most children’s tapes of the era. I remember most other clam shells being white but making this one black was a good move. It wouldn’t have matched with the color of the cover or jived with the fact that it’s a night time parade. 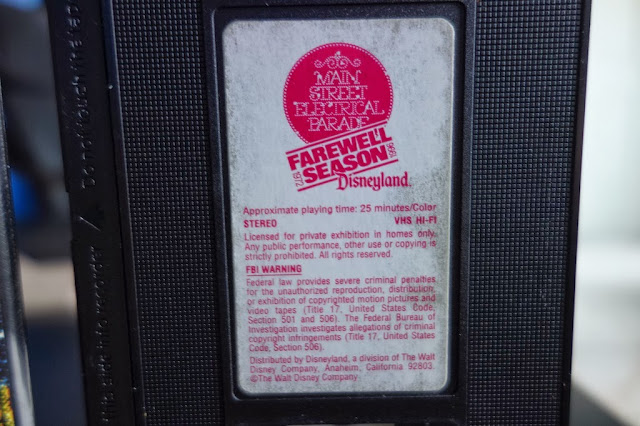 Take a look at the tape label. It’s no frills, which is to be expected. My copy has a pleasant aged look to the label sticker.
Overall this a great VHS Case. I’m proud to have two of them in my collection. Both are displayed prominently on the Disney shelf in my house. If you are a MSEP fan this is a must have for your collection. Just glancing at ebay I see multiple copies for under $10! How could you not pick up one for that price!?