At the time I am preparing this update it is about 24 hours until my flight to Walt Disney World for Epcot’s 30th birthday. The weekend will be filled with friends, memories, and the chance to purchase mass quantities of merchandise based on beloved attractions that were destroyed. Today I present to you the map that was given to EPCOT Center visitors 30 years ago on October 1, 1982. 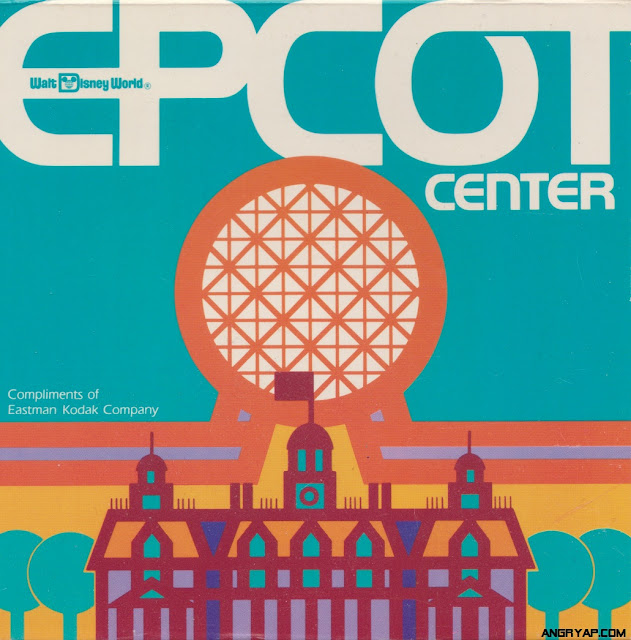 The graphics used on the cover are pretty amazing. No doubt a very 80s design but the classic Epcot and Walt Disney World logos are timeless, in my opinion. To give you a size comparison, this map is about an inch taller than a standard CD case. 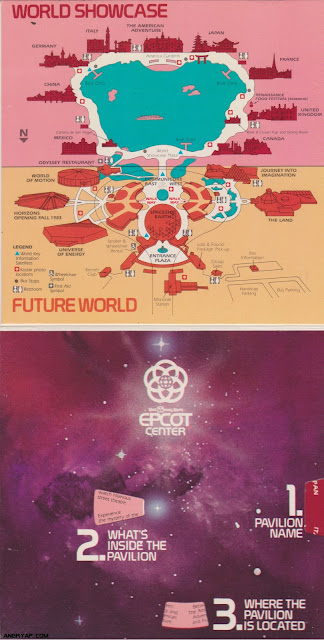 The top shows a nice map with stylized renditions of the World Showcase and Future World pavilions. It’s interesting that Horizons is present on the map while The Living Seas is not. I’m guessing it’s because Horizons had started construction in 1982 (and opened in 1983), while The Living Seas did not open until 1986. The bottom page has an interesting feature, a dial! You can spin the little red tab on the right and the text will change to show you the name, what’s inside the pavilion, and its location. It’s amazing to think that this complex feature was built in to a free map! 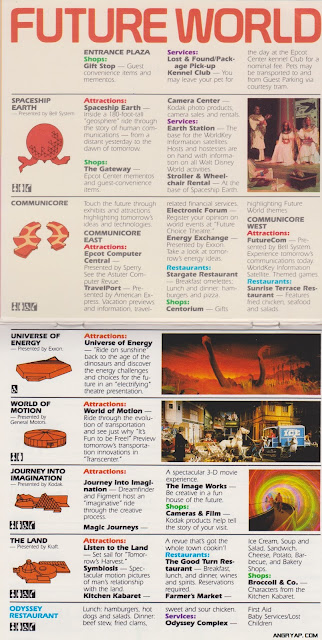 The next page features detailed descriptions on the various Future World pavilions, including dining dining and shopping. Journey Into Imagination is included even though it wouldn’t open until March 1983 due to delays with the ride system. It’s worth mentioning that every single attraction on this page has been removed. The exceptions are Universe of Energy and Spaceship Earth, which have been completely changed. 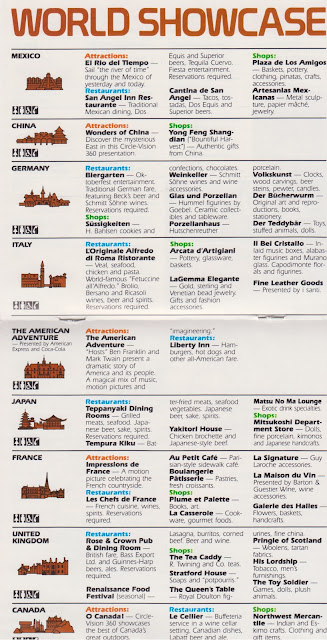 Attraction, dining, and merchandise information about World Showcase. Morocco and Norway are not present because they were added in 1984 and 1988. 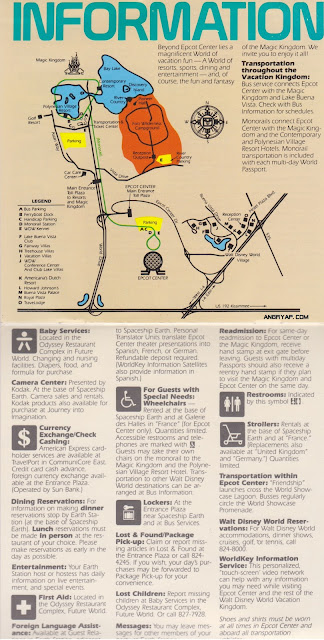 The map of Walt Disney World as it appeared in 1982. Two theme parks, four hotels, and one water park were all the World had to offer back then. 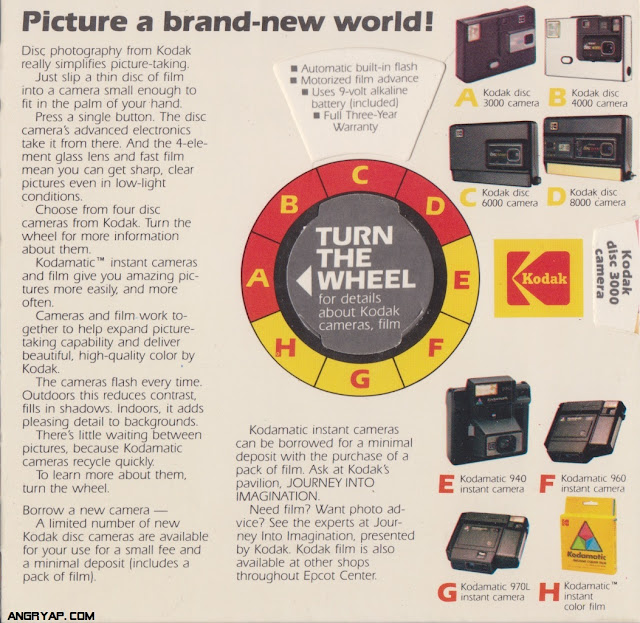 As usual, Kodak was the sponsor of the EPCOT Center maps. Sponsoring this one must have cost them some serious coin!
That’s all for now. Sorry for the extended hiatus this blog has been on. Back in June I started working at TouringPlans.com and that’s been taking up most of my time and creative energy.