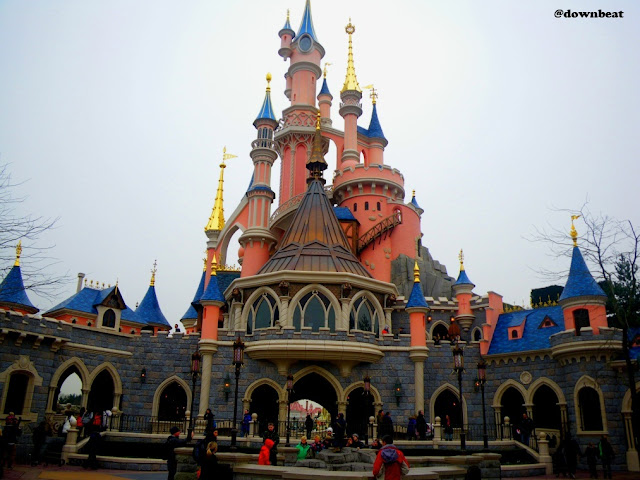 Accueillir à nouveau! I hope you all enjoyed part 1 of my Disneyland Paris trip. Here is part 2 of my fantastic adventure. Here is just a quick recap: my girlfriend and I took a 3-month European adventure and our first stop, for an entire month, was Paris. We went to Disneyland Paris on a wet and cold day, which is why the crowd wasn’t a factor. This was great because my girlfriend and I could take our time and enjoy  the sites of the park. 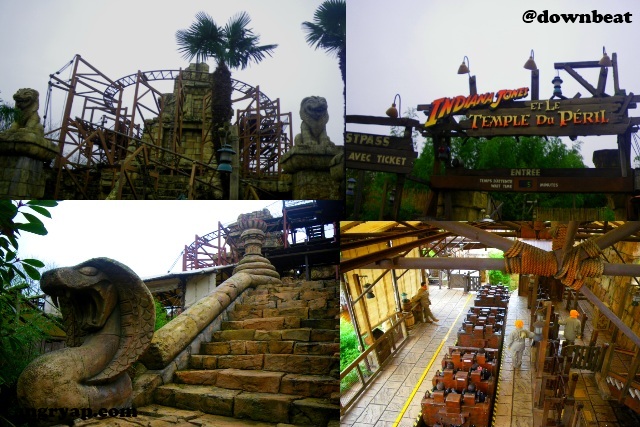 The second ride we got on was Indiana Jones: et le Temple du Peril. The ride was fun and fast but I really did enjoy the line queue. There was some good detail put into this ride. 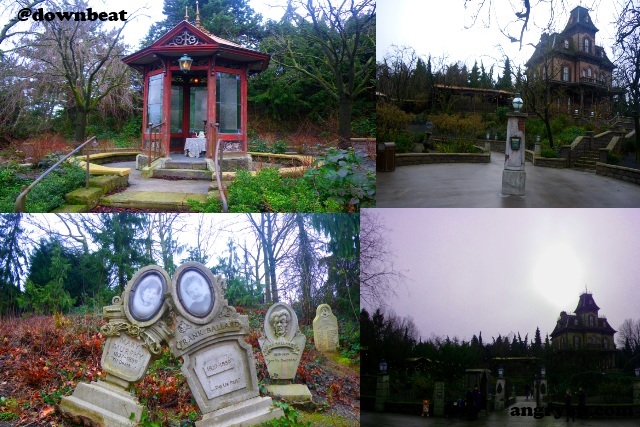 Phantom Manor (Haunted Mansion) was our next stop and the outside of the ride was amazing. I loved just walking around, looking at everything. This seemed to be very common between many of the rides in Disneyland Paris. The outside of rides were amazing to look at but it is what is inside that really matters and Phantom Manor was disappointing. My girlfriend and I were stuck, inside the queue, because something went wrong with the ride. We waited for about 20 minutes for the ride to get back up and running.

After the lack luster haunts of Phantom Manor, we decided to walk around and enjoy some of the sites around the park. The castle at Disneyland Paris is amazing, inside and outside. The backside of the castle looks just as amazing as front. 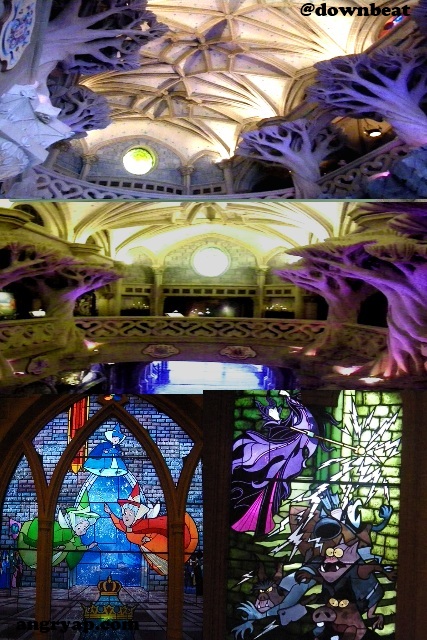 Inside the castle is fantastic. There is a stair case that takes you up the upper level of the castle; where you can walk around and look at some beautiful stained glass windows that tell the store of Sleepy Beauty. 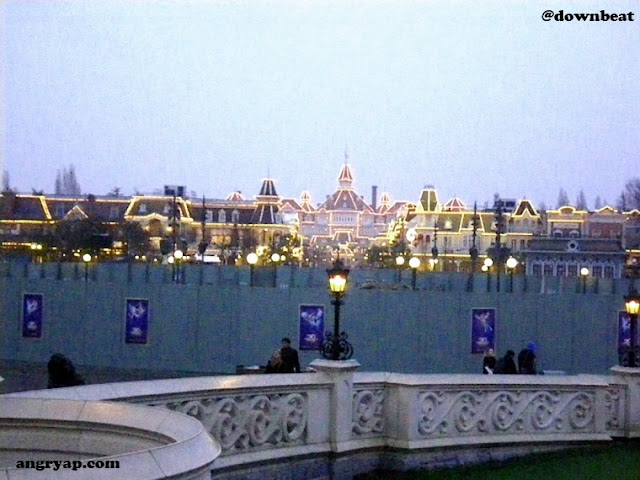 When my girlfriend and I went to Disneyland Paris there was construction going on for the 20th anniversary. I wish I could have been there for that celebration but it wasn’t in the cards. 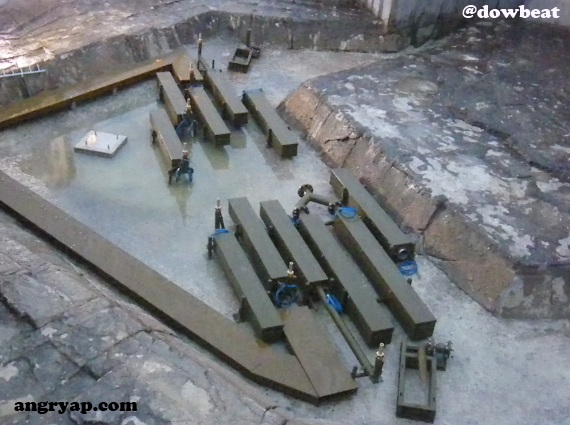 The water was taken out of the lagoon that surrounded the castle and stuff was being put in for Disneyland Paris’s Disney Dreams show. 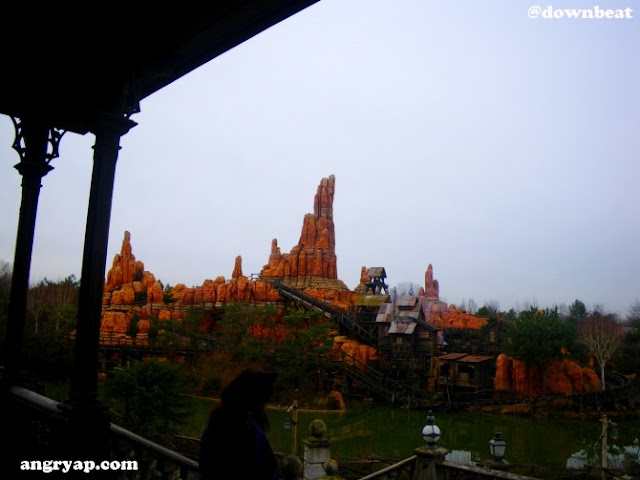 Big Thunder was the last ride we decided to get on and it was, hands down, my favorite ride in Disneyland Paris. A very fun and exciting ride which is why we rode twice. 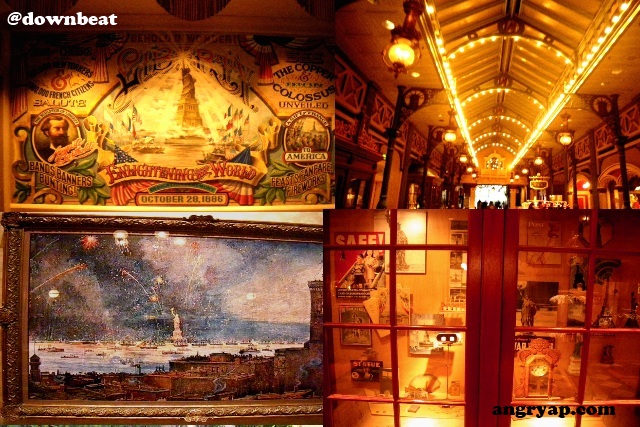 My favorite place in Disneyland Paris was Liberty Arcade. Walking into the arcade makes you feel like you are in the early 1900’s . It is a hall that is dedicated to the history of the Statue of Liberty which was a gift from the French. Breathtaking exhibit. 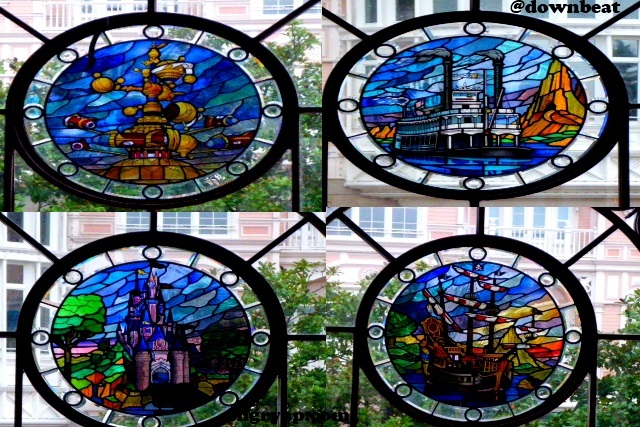 We didn’t get a chance to ride the Disney train but we did get to see these strained glass windows,   inside the train station, that are dedicated to each of the lands in Disneyland Paris. I wish they sold miniatures of these. 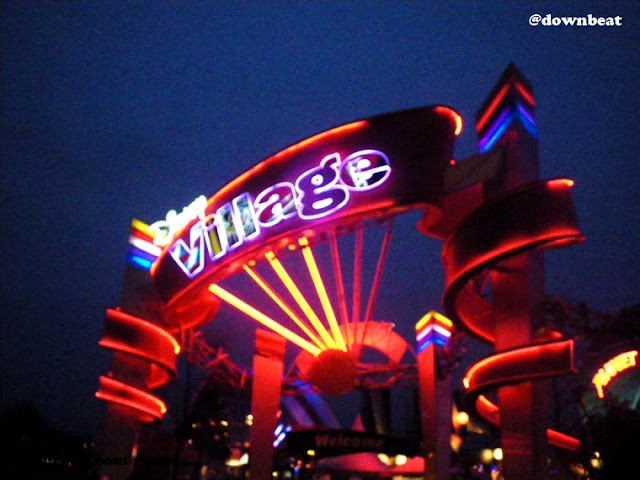 After a long and wet day in Disneyland Paris, my girlfriend and I decided to walk around Disney Village (Downtown Disney). I’m sorry to say that Disney Village was a let down. There aren’t any good stores or restaurants. Once The World of Disney is built, maybe the Village will become a place to visit. 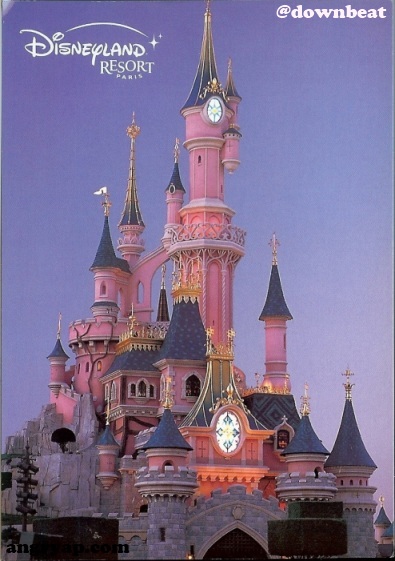 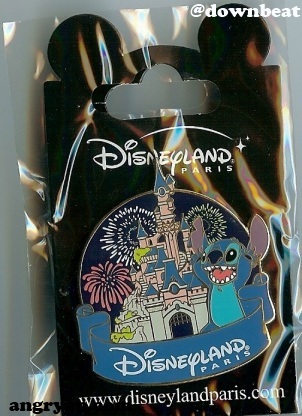 Going to Disneyland Paris was an experience I will never forget and I would love to visit again when more attractions are built. Disneyland Paris is the best looking Disney park but there are many improvements that need to be made. I can’t wait to see what is in store for Disneyland Paris Resort in the years to come. If you want to see my entire collection of photos, from Disneyland Paris, you should check out my Flickr page.