Skip to content
Disneyland’s Matterhorn is less than a month away from finishing up an extensive 6 month refurbishment where it saw its station rebuilt, new bobsleds, and a beautiful new paint job. 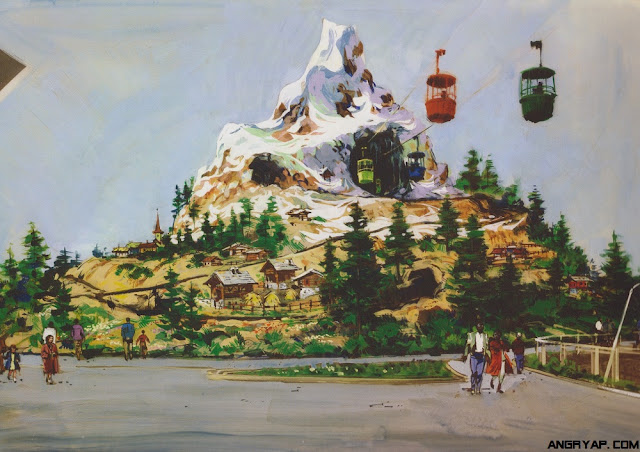 This concept art comes from the Art of Disneyland book released a few years ago. The story goes that Walt wanted a copy of the Matterhorn in Disneyland after he visited Switzerland to visit the set of Third Man on the Mountain. The Matterhorn also fulfilled a practical need. It hid the gigantic center support structure that the Skyway used. 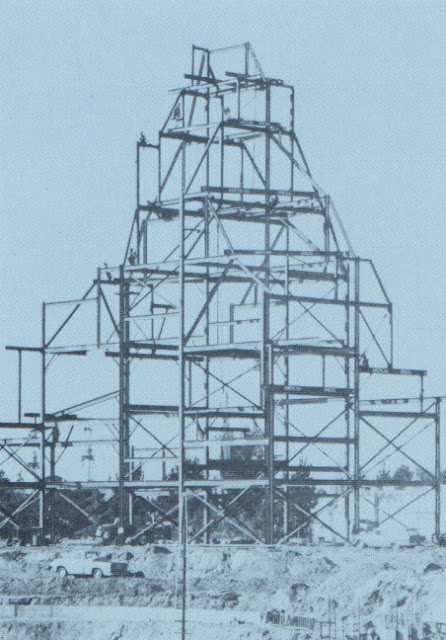 Construction began in early 1958, just three years after the park opened. Before the Matterhorn was constructed the area was just an unused grassy hill and the previously mentioned support column for the Skyway attraction. 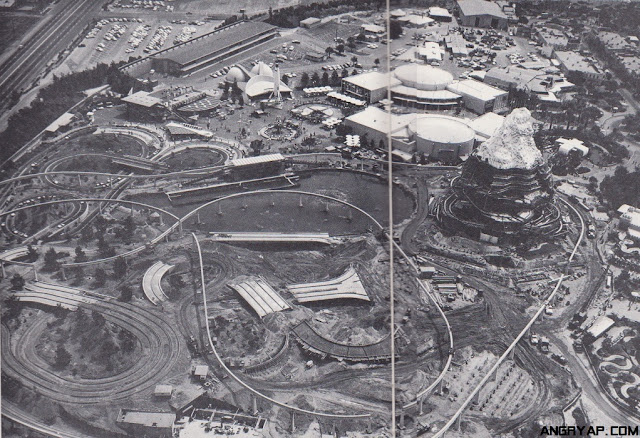 The construction schedule is even more amazing considering that The Submarine Voyage and the Monorail where constructed along with and opened on the same day as the Matterhorn. 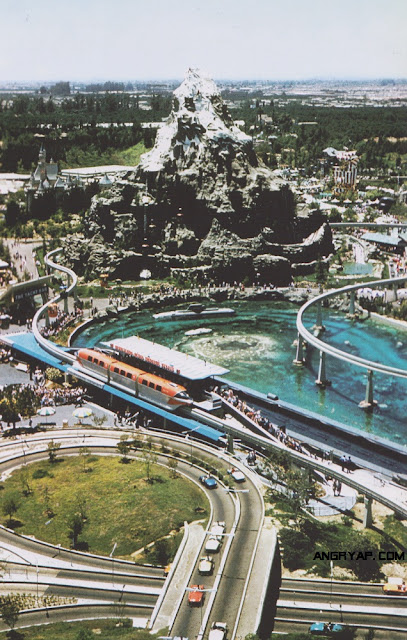 From the time the ride opened up until a major refurbishment in 1978 riders could see exposed steel beams inside the mountain. In 1978 the ice caverns and abdominal snow men that are still seen today. 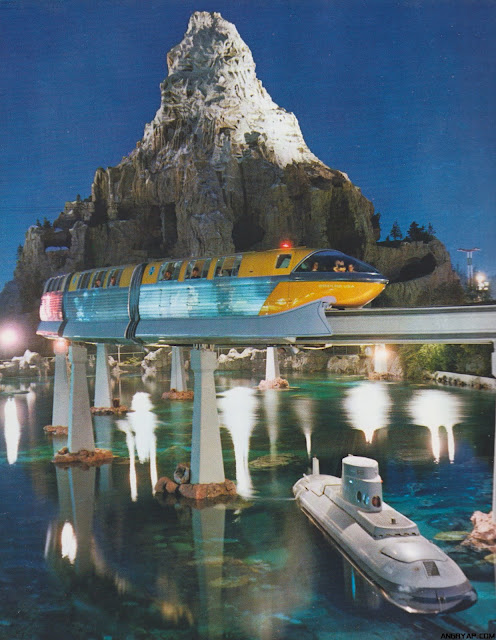 As you can see from this picture and the one above, the original paint scheme of the mountain was much darker than it has been the last decade. 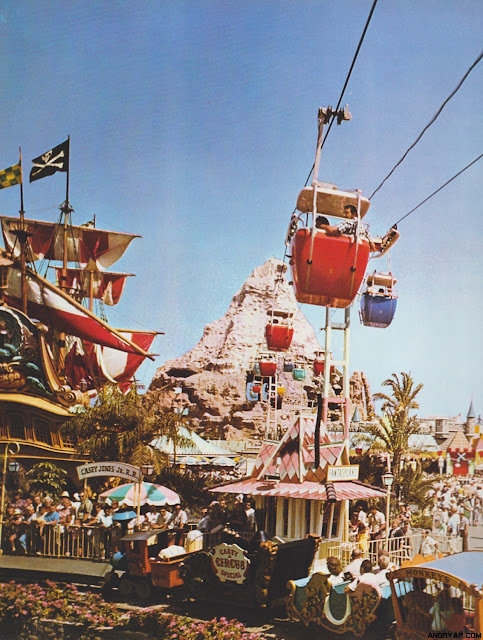 The Matterhorn as seen from Fantasyland in the 1960s. 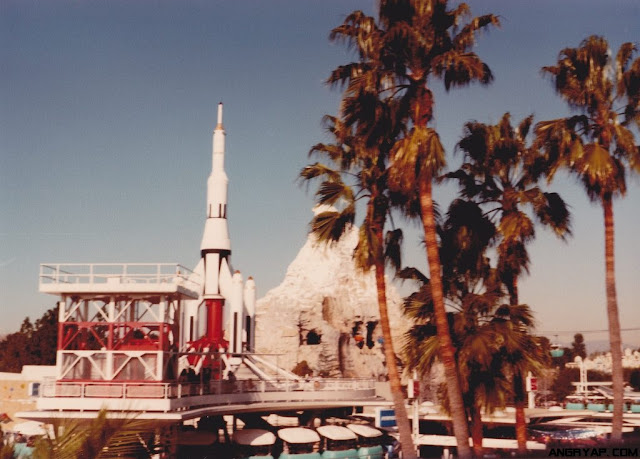 This picture is from a friend’s family vacation in the early 1980s. You can see the white/light grey color scheme. 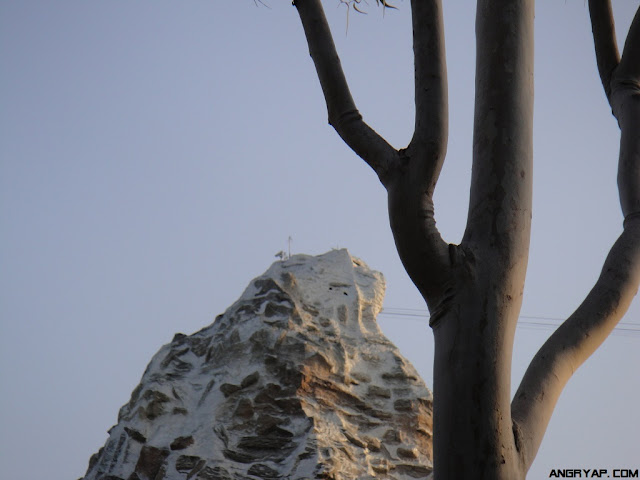 At some point in the mid 1990s, a weathervane, aircraft warning light and security camera were added to the top of the mountain. 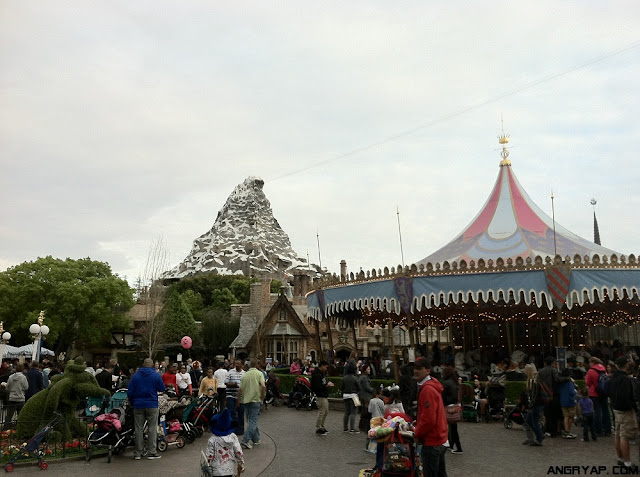 At the beginning of 2012 the Matterhorn started another extensive refurbishment. Some of the changes include a rebuilt load/unload station, its third revision of bobselds, and a new paint job. Seen here from Fantasyland. The new paint is meant to reflect the attractions earlier color scheme. It looks great!