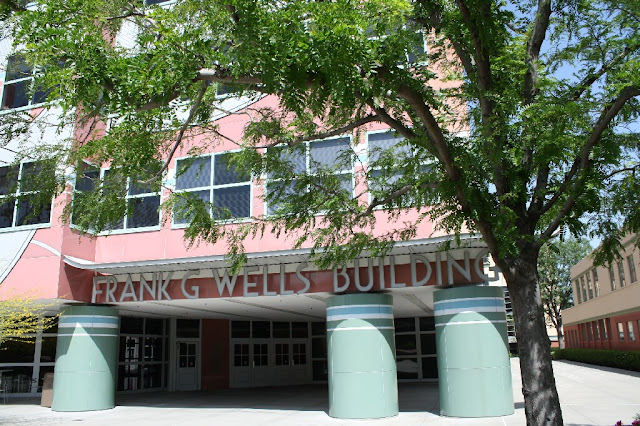 The next part of the tour brought us to the Frank G Wells Building. Home of the Walt Disney Archives! 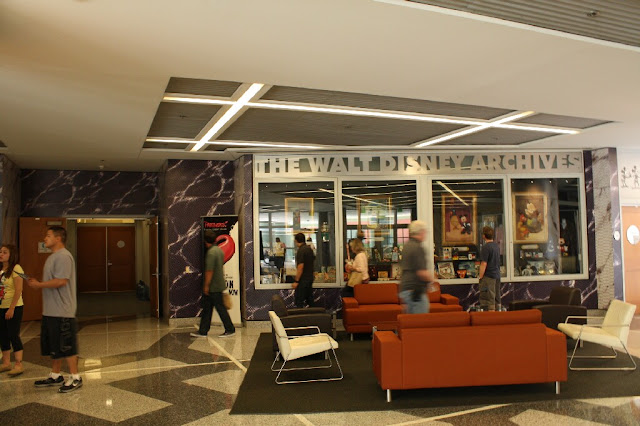 The lobby has various Disney theme park, film and animation artifacts in the lobby behind glass cases. We were brought in to the Walt Disney Archives where we met the director Becky Cline. 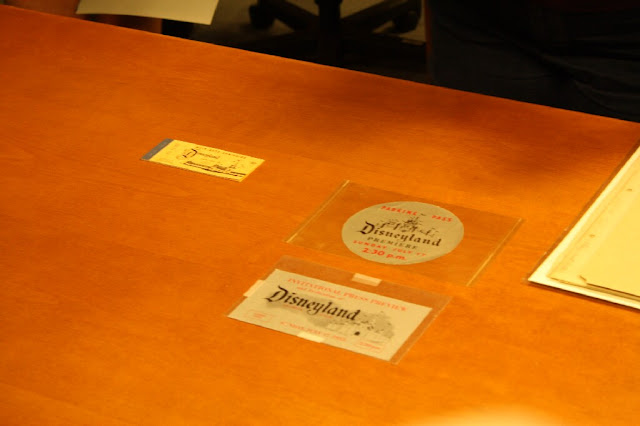 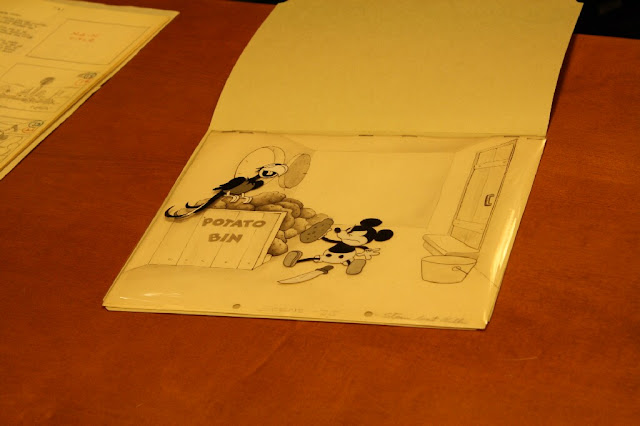 Becky then brought out some priceless items from Steamboat Willy. The original script (hand written by Walt Disney and kept in his desk until he died), and an actual animation cell from the film. It was amazing seeing these in items real life. 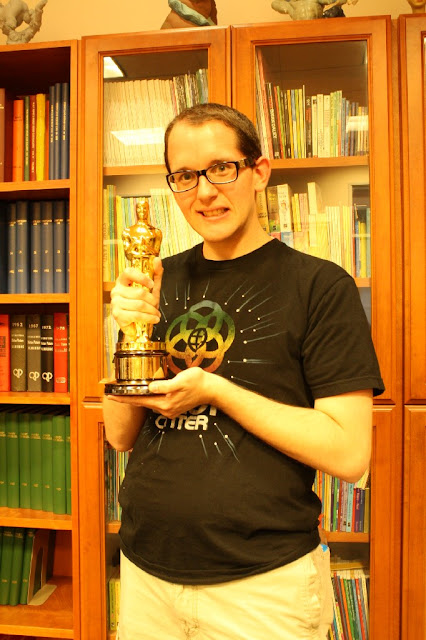 We were also shown one of Walt Disney’s Academy Award statues. Each person in the tour group had a chance to take a picture with the statue. 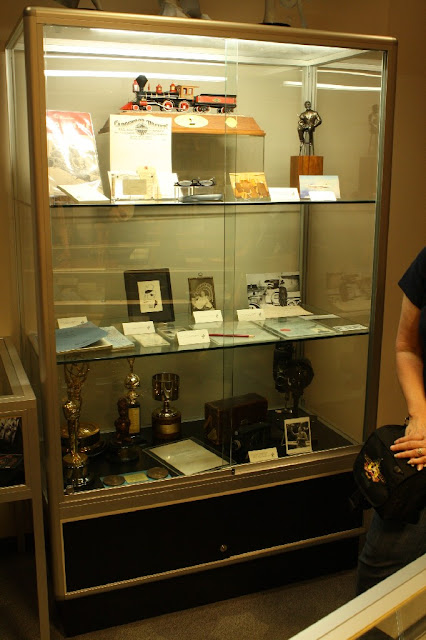 There were hundreds of other amazing items on display in the archives. To see the rest of them be sure to visit the complete set of pictures from this trip report on my flickr page. 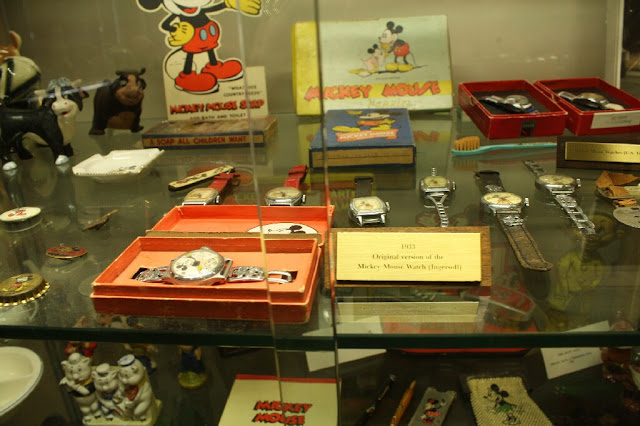 On display in the archives, the first Mickey Mouse watch. 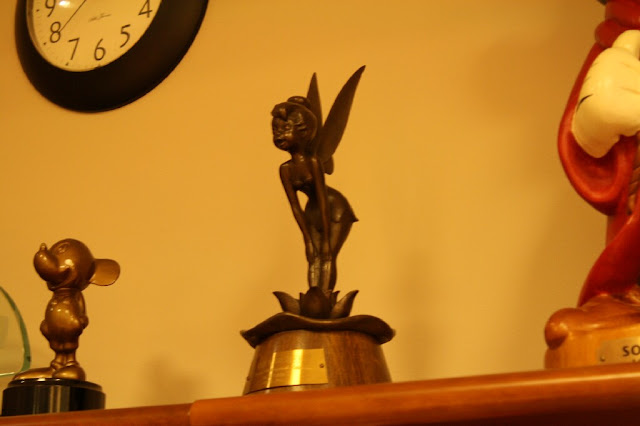 I’ve heard urban legends about this statue. This is the original Disney service award statue. Supposedly it was banned because Tinker Bell is in a suggestive position. The newer version of the statue features Tinker Bell in her more traditional flying pose. 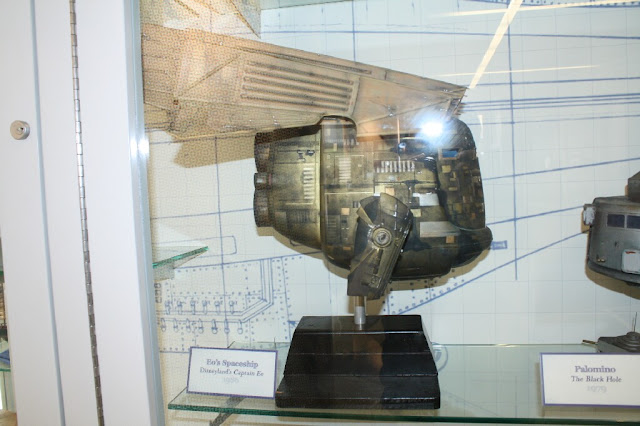 Back in the lobby of the Frank G Wells Building, the model used for the filming of Captain EO. 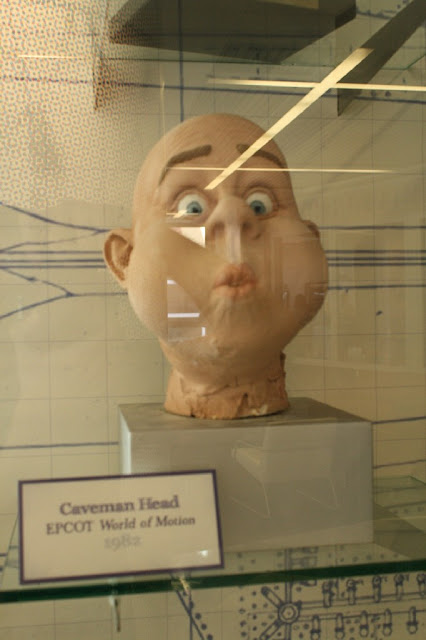 A head from the classic EPCOT Center attraction World of Motion. 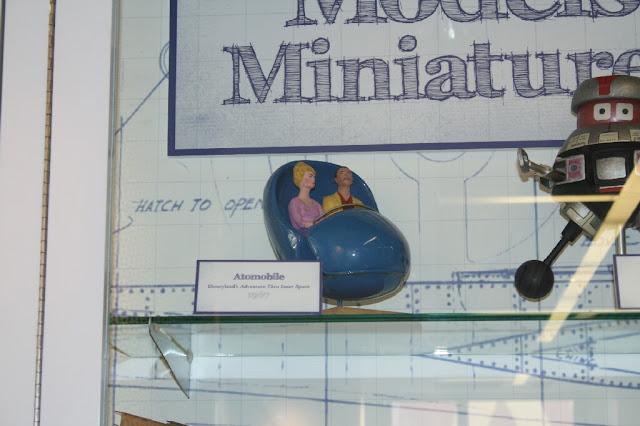 An Atommobile from the queue of the classic Disneyland attraction Adventure Thru Inner Space. 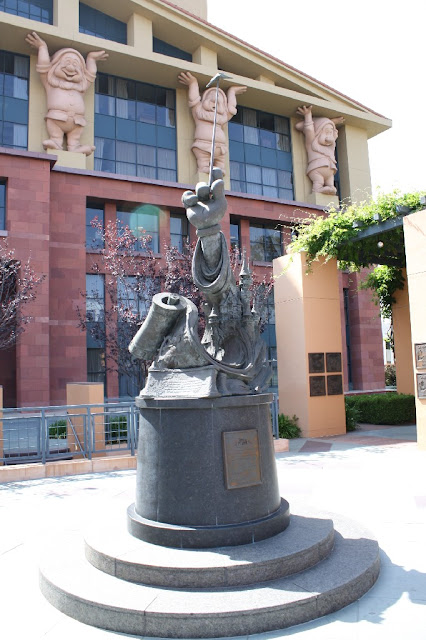 The final part of the tour took place in Legends Plaza where Disney legends are immortalized on bronze plaques. Seen here is a jumbo sized version of the statue that each Disney legend recieves when they are inducted. 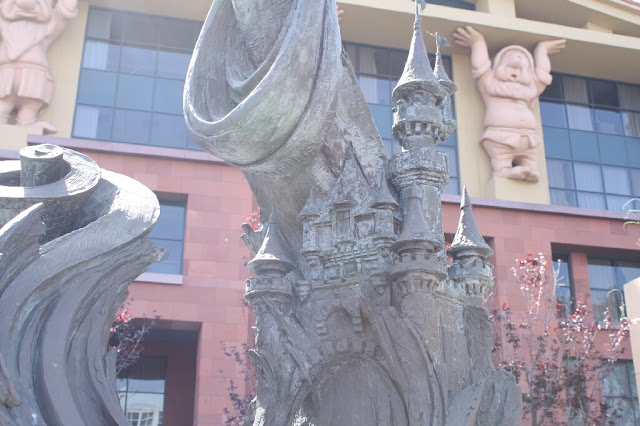 The statue is full of beautiful details. 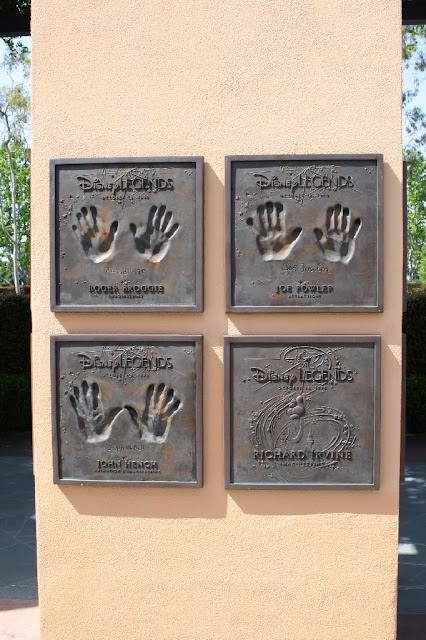 Disney Legends plaques show the inductee’s name and what they were famous for. Legends that passed away before the program started are inducted posthumously and recieve plaques without their hand prints. 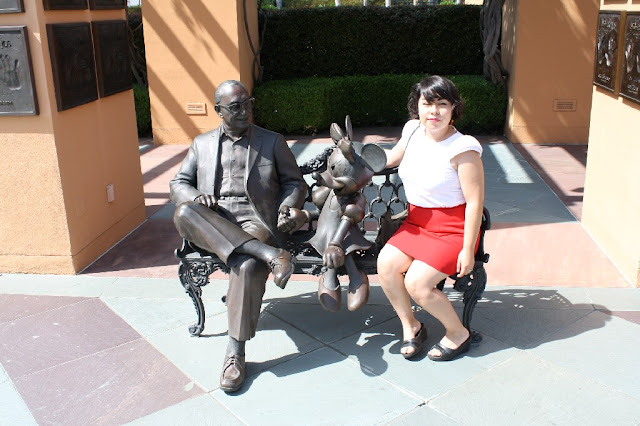 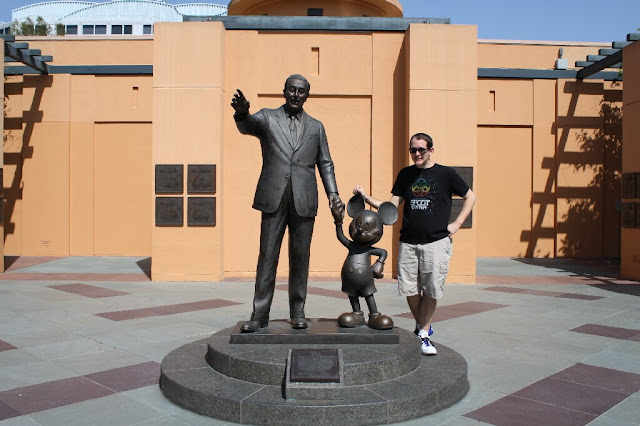 At the end of the plaza is the Partners statue found in Disney theme parks around the world. The difference being you can walk up to this one for pictures or to just admire the details. 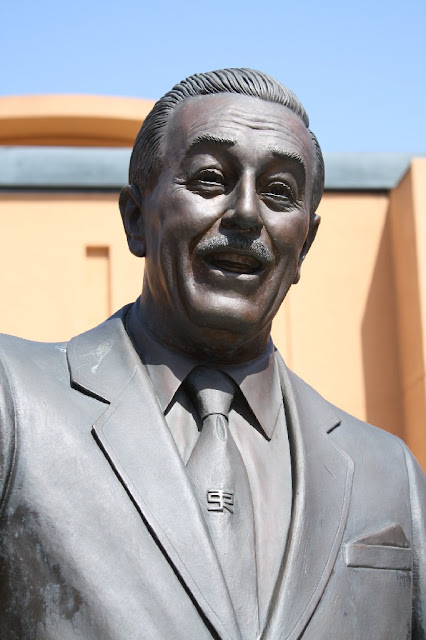 The logo on Walt’s tie is from Smoke Tree Rance, a resort where he spent many vacations. 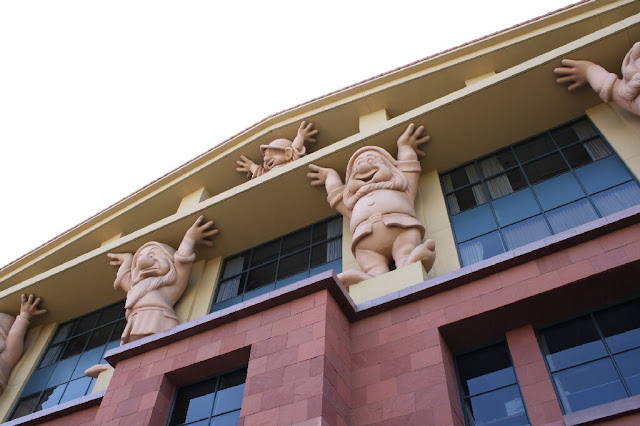 Looking up at the Michael D Eisner Building. After the visit to Legends Plaza the group was brought back to the Studio Shop where we were given one last chance to shop for gifts.
Was the tour worth the $60 price tag? Yes, if you are a Disney fan with any sort of appreciation for the history of the company. If you are only a fan of Disney theme parks, this tour probably isn’t for you, as the mentions of the theme parks are minimal. The two and a half hour length of the tour my discourage some people but time flew by, especially during the visit to the archives which felt slightly rushed.
These were just some of my pictures of my visit to the Walt Disney Studios and Archives. To see every single picture from my visit please visit my Flickr page.