Skip to content
This past weekend I went on a tour of the Walt Disney Studios and Walt Disney Archives. D23 holds tours of the studios a few weekends out of the year so I purchased tickets for my wife and I. The tour was not free, costing $60 per a person (D23 membership is also required).
The tour contained a ton of information about the lot and the various films that have been made there so I won’t go over every part of the tour. 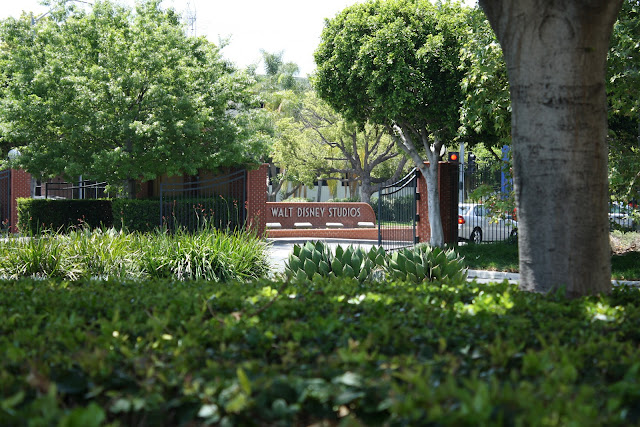 Shown above is one of the entrances to the lot. The tour begins in the Hyperion Bungalow, the first building constructed on the lot back in 1940. Before the tour started there was a small selection of D23 merchandise to purchase. There were some nice items but most of them are overpriced (like the Treasures of the Walt Disney Archives book for $50!). 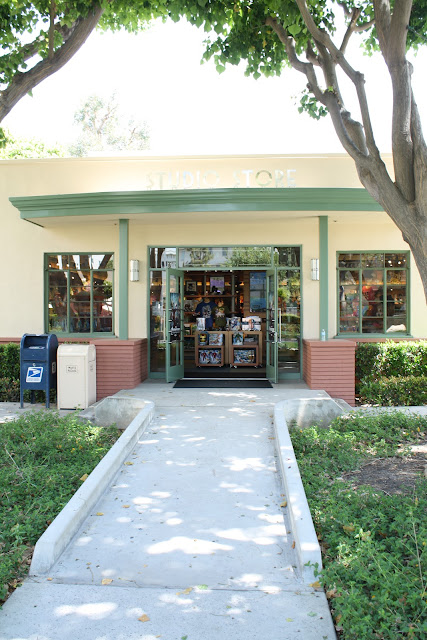 The Studio Store was open to tour attendees. It features some really nice decorations but the items offered can be found in any standard Disney Store in any mall (Marvel toys, princess merchandiser, etc). There was a small section of nice Walt Disney Studios exclusive merchandise. 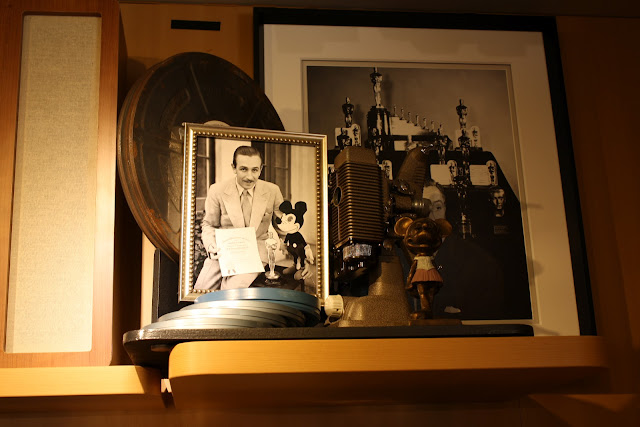 An example of some of the great decorations found in the Studio Store. 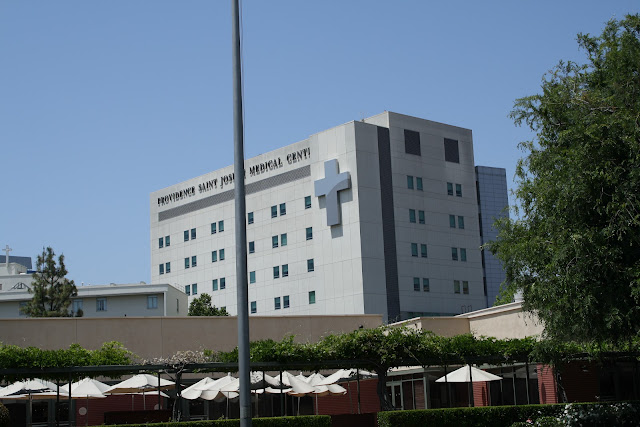 Across from the Studio Store you can see Saint Joseph Medical Center. Walt Disney died here. 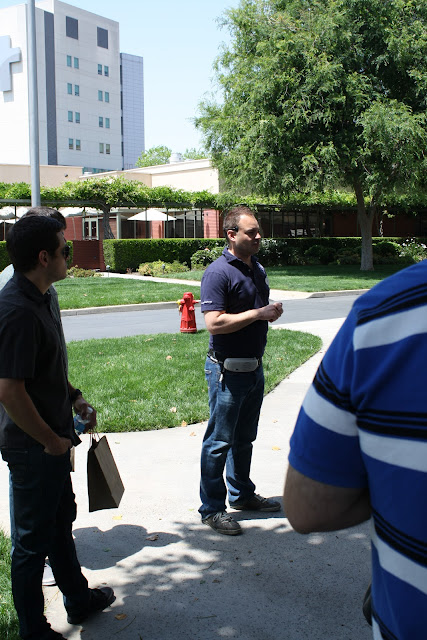 Our tour guide (I believe his name was Alex) was absolutely wonderful. I’ve heard good things about all of the D23 tour guides so far. 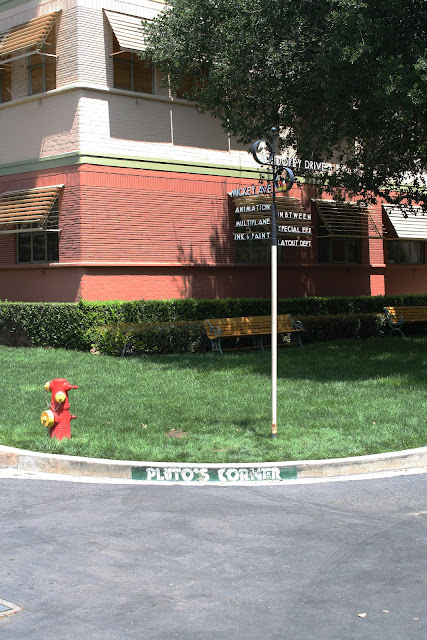 The first stop on the tour is the famous Pluto’s Corner at corner of Dopey Drive and Mickey Ave. As you can see from picture above, the studio lot is very well manicured and peaceful looking. 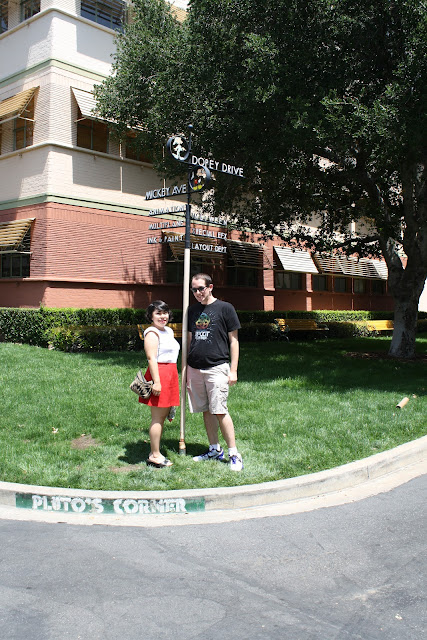 My wife and I at Pluto’s Corner. 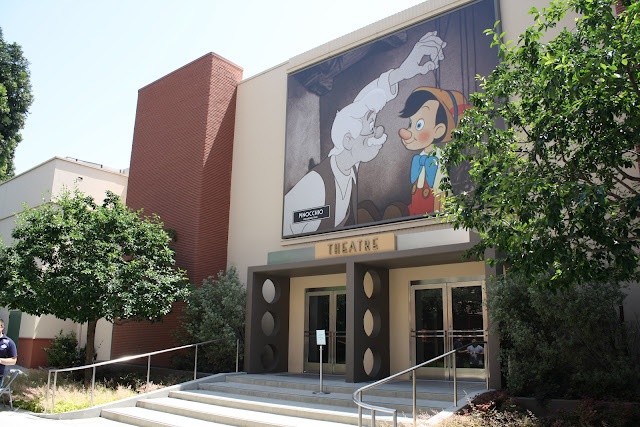 We walked by (but not in to) the studio’s theater where television pilots and films are screened to employees.I love the archway! The architectural style around the lot has a timeless feeling. It hasn’t changed much since the studio was built! 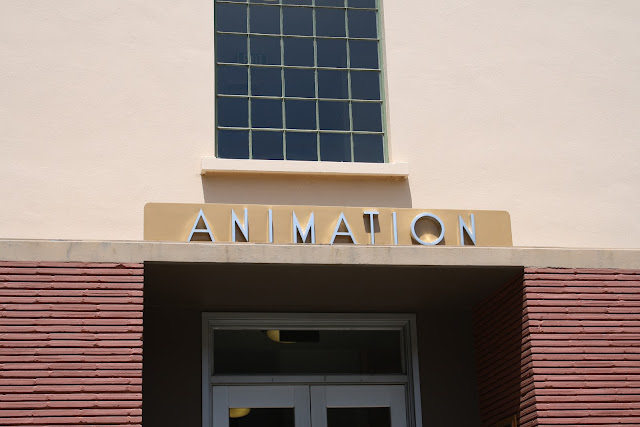 Across from the theater is the original Animation Building where the most of the Disney animated films from Dumbo to The Great Mouse Detective were made. We did get to walk through the main hall of the building but no pictures were aloud. The walls have original artwork and placards explaining the animation process. 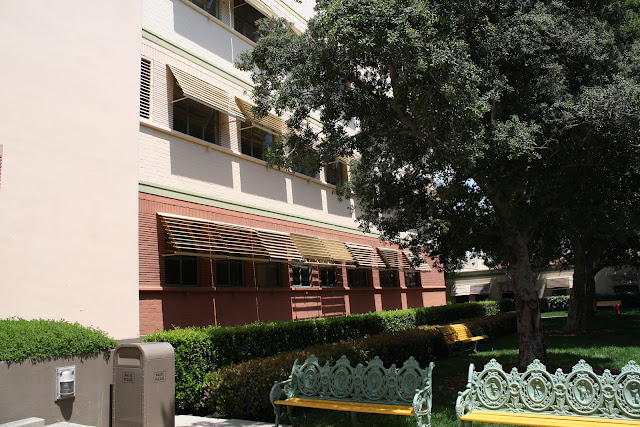 Like I said before, the studio grounds are beautiful. There are benches and shade everywhere. I wish I worked on a campus this nice! 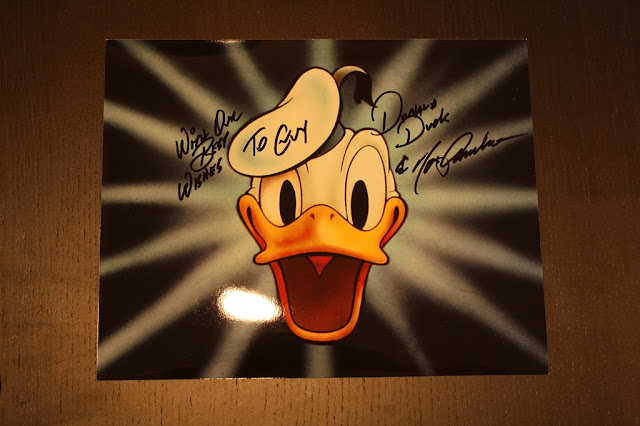 As we entered the Animation Building guide said that he wanted to introduce us to a special friend. His “friend” spoke to us in a familiar voice, Donald Duck! THE voice actor for Donal Duck, Tony Anselmo, ran in to our tour group. How cool is that? He even signed the above pictures for everyone in the group. Tony is the official Disney voice actor for Donald Duck and he was trained by the original Donald voice actor, Clarence Nash. 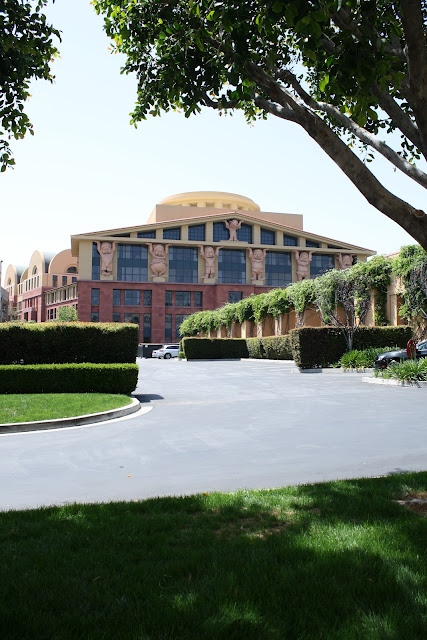 At that point we passed by the Michael D Eisner Building. I’ll get to that later in the trip report. 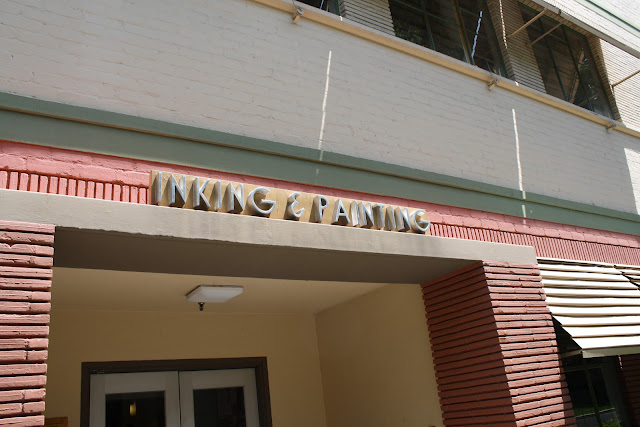 The Ink & Paint building. This building and the animation building are connected via an underground tunnel. This was so the animators didn’t have to take their drawings outside when they were ready for the ink and paint process. 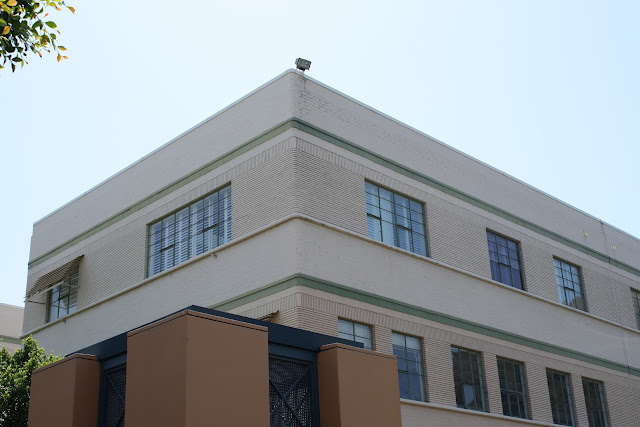 The third floor corner office of the building across from Ink & Paint it the location of Walt’s former office. It currently contains offices for regular use. Walt’s actual offices (known as his “working office” and “casual office”) were documented and have been recreated and displayed in various places over the years. Once of the offices is currently displayed in One Man’s Dream at the Disney Hollywood Studios in Walt Disney World. The other will be on display when the D23 exhibit opens at the Reagan Library this summer. 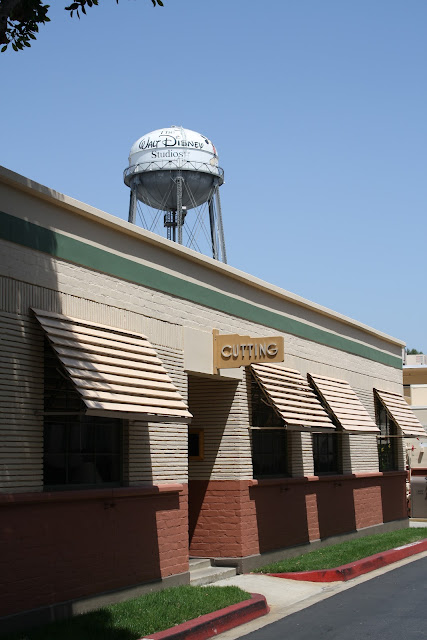 The Cutting Buidling (guess what was done here). 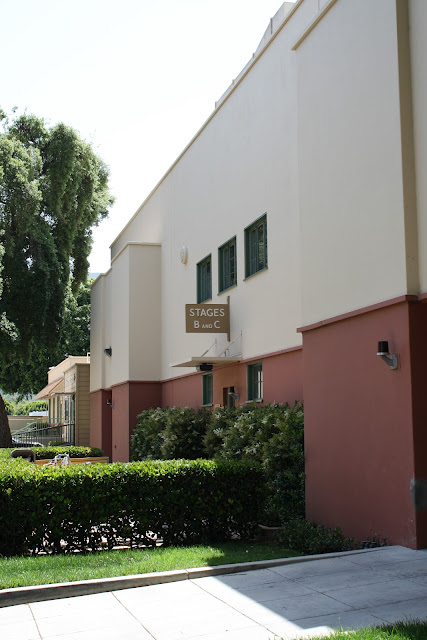 Stages B and C is where voice work is done. The current production taking place is the next Tinker Bell movie. 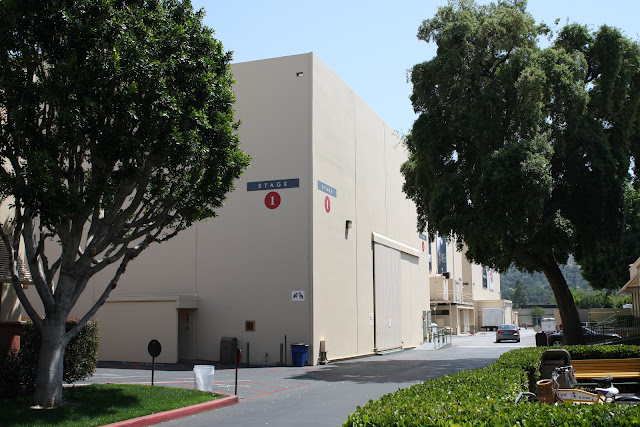 The massive Stage 1 and 2 is where films that require large sound stages are made. One of the most famous ones being Mary Poppins (stage 2). Stage 1 is the building where the decks for the Mark Twain Riverboat was constructed when Disneyland was being built. 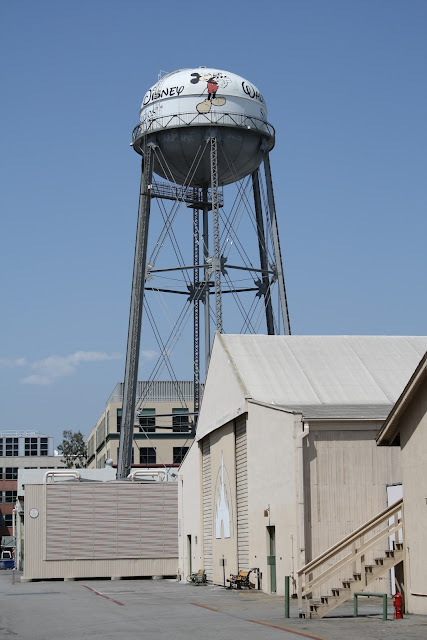 This the Walt Disney Studios water tower. The tour guide says it is no longer being used to hold water. 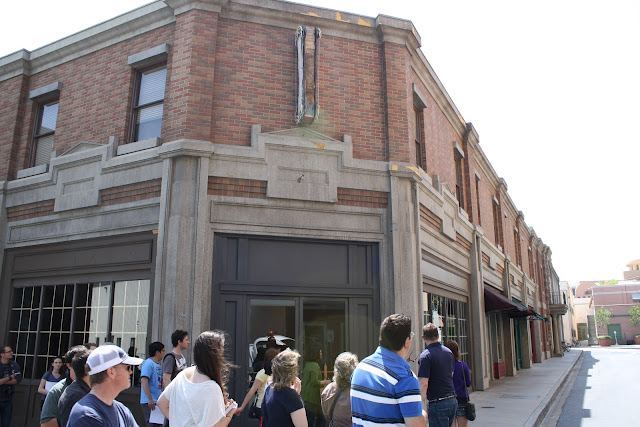 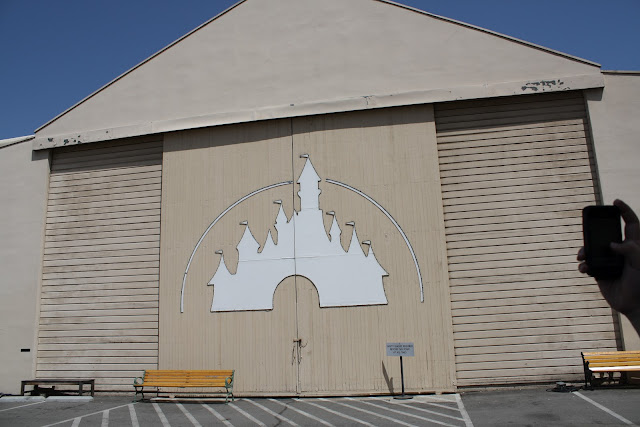 That is it for part 1 of my Walt Disney Studios tour trip report. The next installment will be the tour of the Walt Disney Archives!