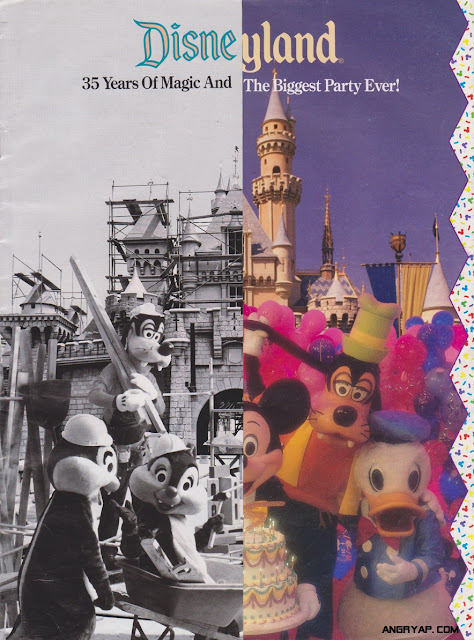 This booklet was attached to an issue of the Disney News magazine in early 1990. The front features half of the Sleeping Beauty castle under construction in 1955 and half in 1990. Notice the modern Chip, Dale, and Goofy character costumes superimposed over the vintage 1955 castle photo. 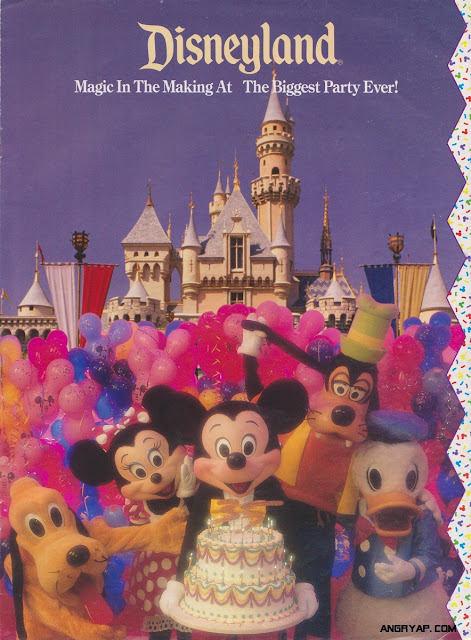 The vintage half of the cover can be unfolded to reveal the “fab five” in front of the castle with a birthday cake.

This is the other side of the cover flap. Notice Disneyland is referred to as Disneyland Park even in Disney literature as old as this. Most Disney fans assume this is a practice but they’ve actually been doing it for decades. Also, I LOVE the logo they used for the 35th anniversary. 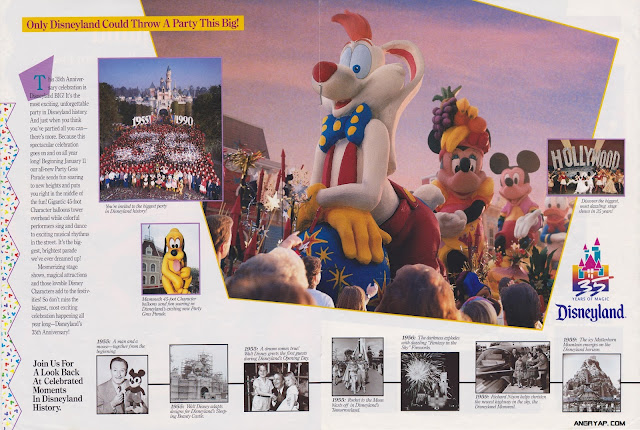 This booklet contains an abbreviated timeline of significant moments in Disneyland history. The big picture in the middle of the page is of the Party Gras parade. The parade ran daily at Disneyland from 1990 to 1991. In 1992 the giant balloons used in the parade were packed up and sent to Magic Kingdom in Walt Disney World (where it ran for 3 years under the name 20th Anniversary Surprise Celebration Parade). Notice the balloons used in the image on this page are actually painted production models superimposed in to the image. 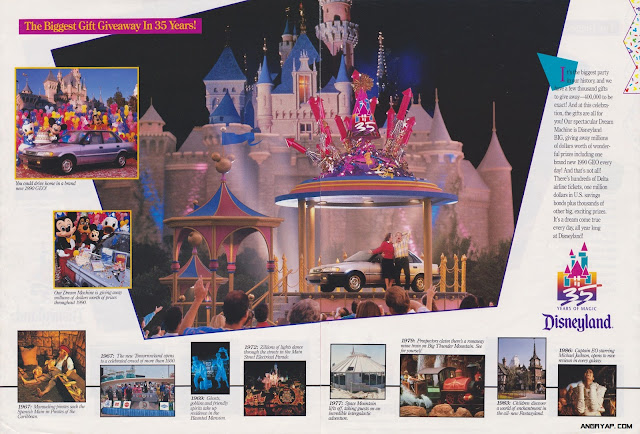 This page showcases the 35th anniversary “Dream Machine.” Some guests were invited to pull the lever and then the machine would reveal their prize. The prizes included Disney Dollars, Disney VHS tapes, and even brand new Geo cars! 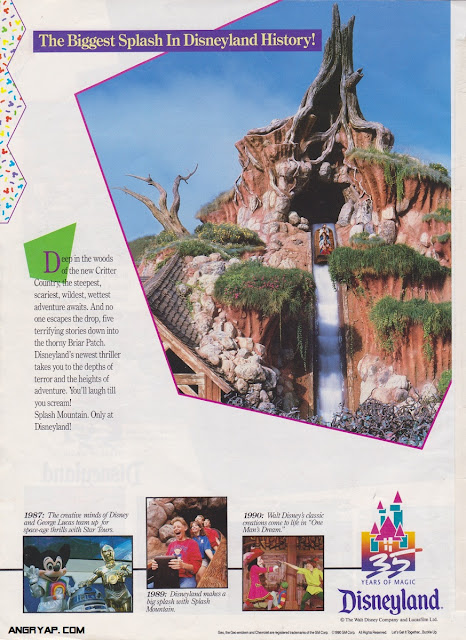