Skip to content
It has been a while since I posted some vintage Disneyland pictures. I’ve always liked these style of pictures that were used for publicity and various souvenir books and guide maps. The lighting is always good and everything is staged perfectly. 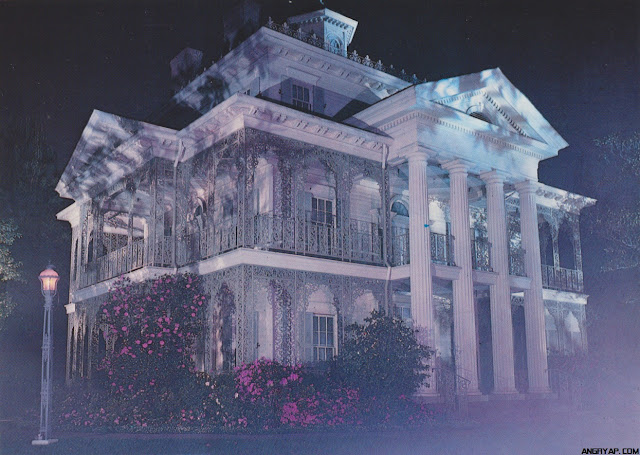 The Haunted Mansion officially opened on August 12, 1969. The attraction received heavy marketing by Disney but then on August 9th, just as the Mansion started public soft opening, Sharon Tate was murdered in her Hollywood mansion. The same strange coincidence happened in 1992 when Fantasmic had its public opening/press preview on April 29th. There was a huge marketing push for Fantasmic with the phrase “Be Here When the Night Ignites!” used in commercials and press materials. April 29th was also the same day that the 1992 Los Angeles Riots started. Disney quickly pulled all promotional materials that used the phrase. 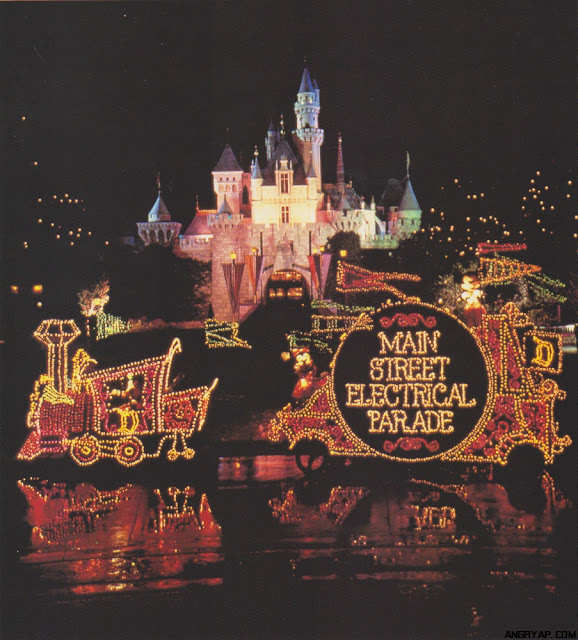 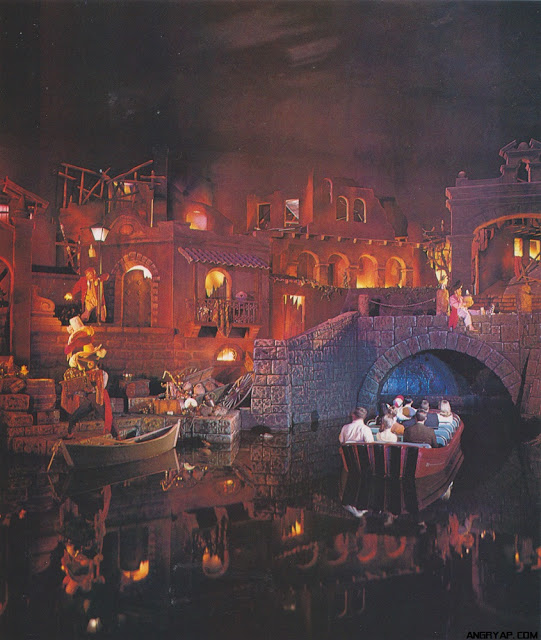 This picture was taken at some in the late 60s or early 70s. I was not alive at this time so I can’t tell you if the lighting was actually ever this bright for this portion of the ride or if it was lit for this picture. What I can tell you is that this scene of the attraction is significantly darker now. For example, the hat pirate that has one foot on land and one on the boat now sits in almost complete darkness. Anyway, this is one of the best interior Pirates of the Caribbean pictures I have ever seen. I love the way the water is reflecting everything. 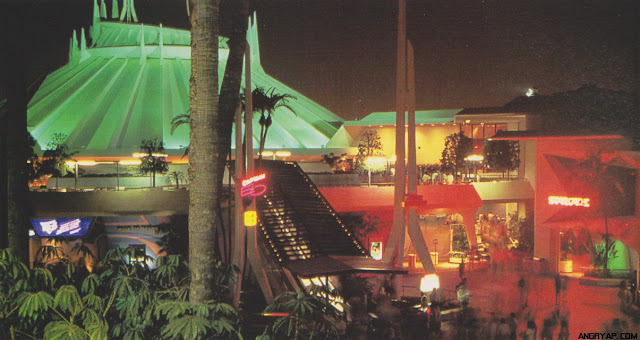 This picture shows the Tomorrowland I remember as a child. I spent a lot of time here in the late 80s and early 90s. When new Tomorrowland opened in 1997 I was so bummed they took out all of the palm trees. Out of all the things to be bummed out about the new Tomorrowland, I chose palm trees and the removal of Captain EO. I was a strange child. 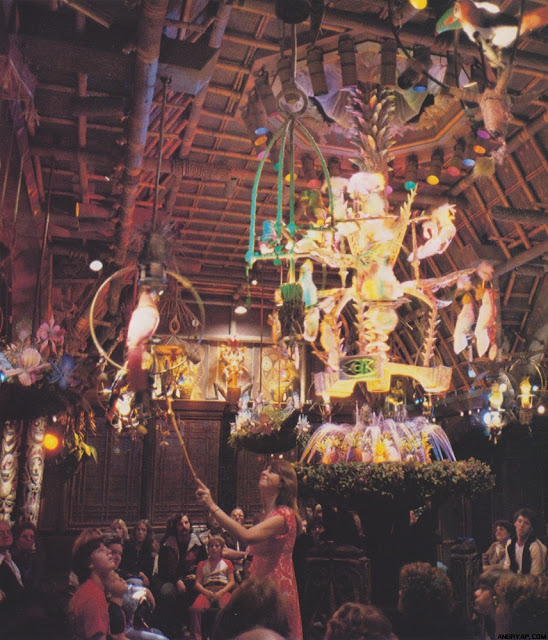 This is a obviously staged photo from inside the Enchanted Tiki Room. Why is it obvious? The host is using the stick to “wake up” Jose but behind here the bird mobile is already down which doesn’t happen till around the middle of the show. Anyway. The Enchanted Tiki Room at Disneyland has probably changed the least out of any attraction in the park’s history. To this day it shows the same show is still seen by guests, minus one song that was removed to lower the show length. Also, at Disneyland’s version of the show allows people to bring the Dole pineapple whips they purchased from the tiki juice bar located in the queue of the attraction. No food or drinks are aloud in Magic Kingdom’s version of the show.