The Walt Disney World Village was WDW’s original shopping district. It opened 4 years after Magic Kingdom in March of 1975. In 1997 it was renamed to Downtown Disney. Evidence exists that at one point Disney planned to have a Monorail line and station for this area, unfortunately this never came to be. 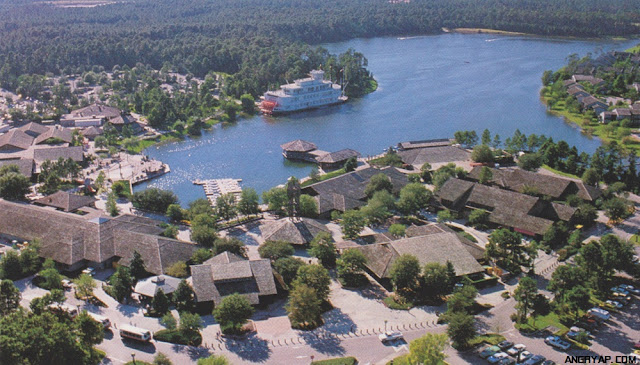 Downtown Disney has been expanded several times in the last few decades. In this picture from the late 70s you can see the similarities that the buildings have to their current versions. 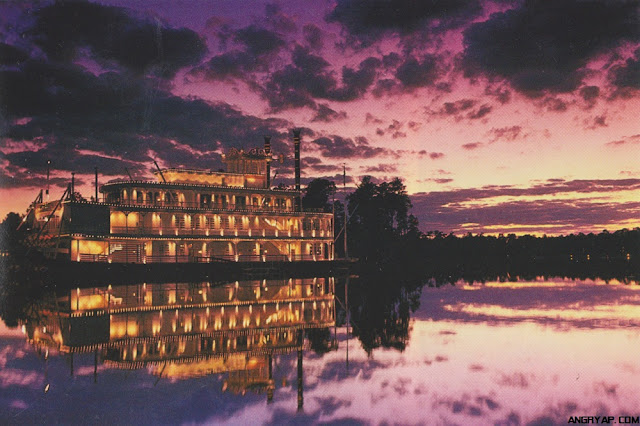 This beautiful picture shows the Empress Lily. It held restaurants and a lounge. The structure was designed by Walt Disney Imagineering and is not actually a boat, but a building that is made to look like one. In the mid 1990s Disney handed over operation to an outside company and the name was changed to Fulton’s Crab House. Notice in the picture the smokestacks and paddle wheel are visible. These items were removed and never replaced when Fulton’s moved in.

River Country was WDW’s first water park. It is located near Fort Wilderness. It operated 1976 to 2001. 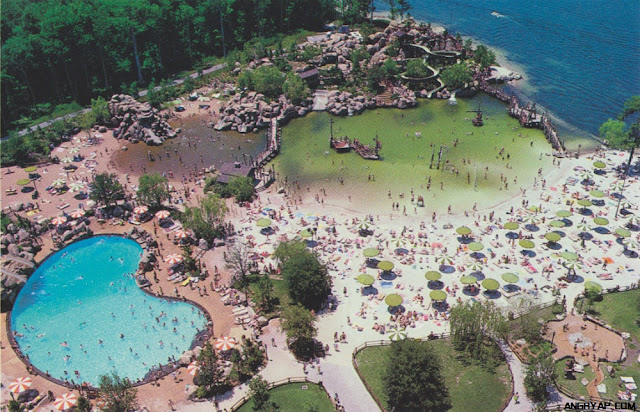 The unique thing about River Country is that it used water from Bay Lake, which you can see was connected in the top right corner of the screen. Unfortunately this could have also been it’s downfall thanks to the brain-eating amoeba that lives in the lake (known as Naegleria Fowleri). 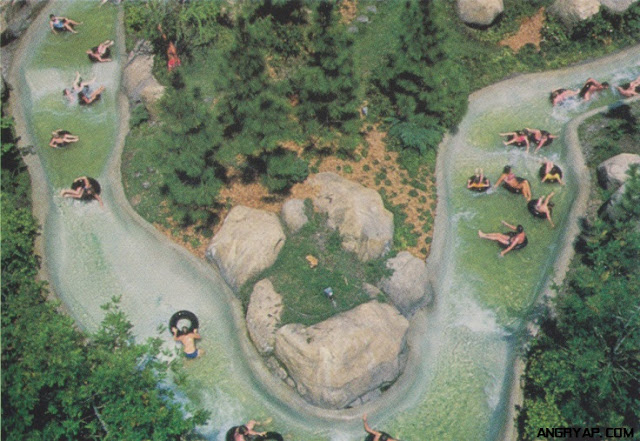 This attraction was known as White Water Rapids. 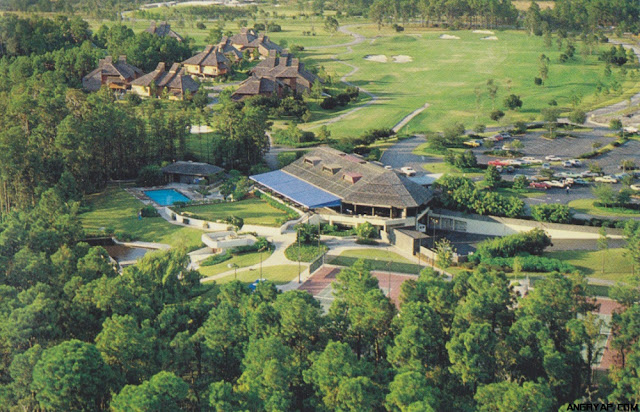 Here you can see the original Fairway Villas built for the resort. These were removed when Saratoga Springs was expanded. Also seen is the resort’s golf coarse and tennis areas. 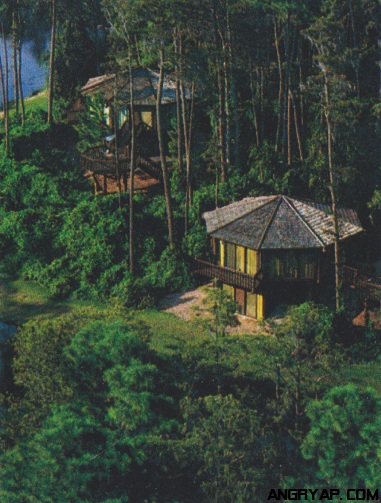 The tree house villas are still some of the most unique lodging available at Walt Disney World (they better be at over $700 a night). The original tree house villas were closed for decades before they were remodeled and reopened in 2009.