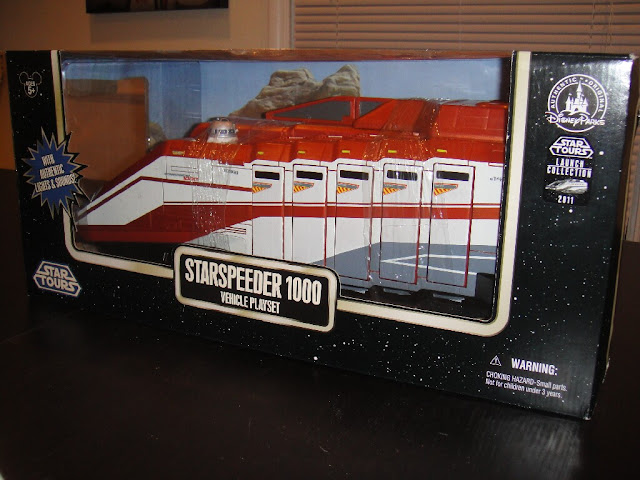 I’ll get back to Disney theme park ephemera next week but for now I want to review the new Star Tours Starspeeder 1000 playset that was just released this week. It is available only at Star Traders in Disneyland and Tatooine Traders at Disney’s Hollywood Studios in Walt Disney World.
Update: Cherylp3 on Twitter has informed me that it can also be ordered through Walt Disney World’s mail order service. Thanks Cheryl! 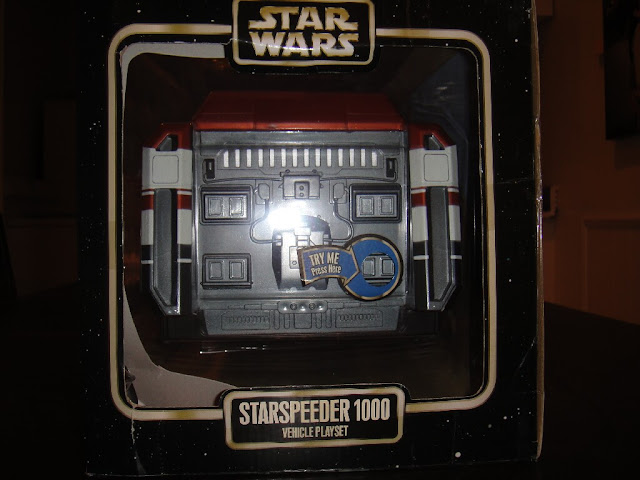 The box has plenty of windows to get a good look at the Starspeeder before you buy. 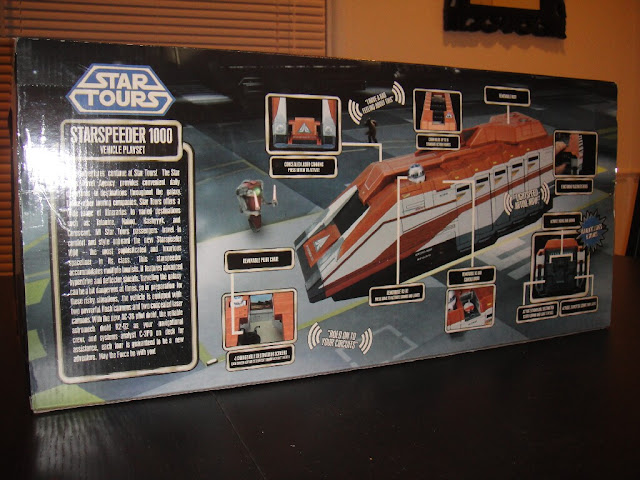 The back of the box gives an overview of the toy’s features and the story behind it. 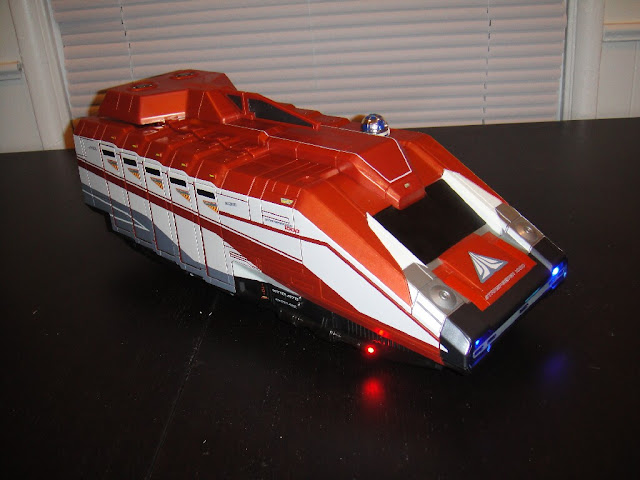 The first thing I noticed after unboxing the toy was how sturdy the Starspeeder feels. This is not a cheap hunk of plastic. It’s also massive, 19 inches in length and 7 inches tall. 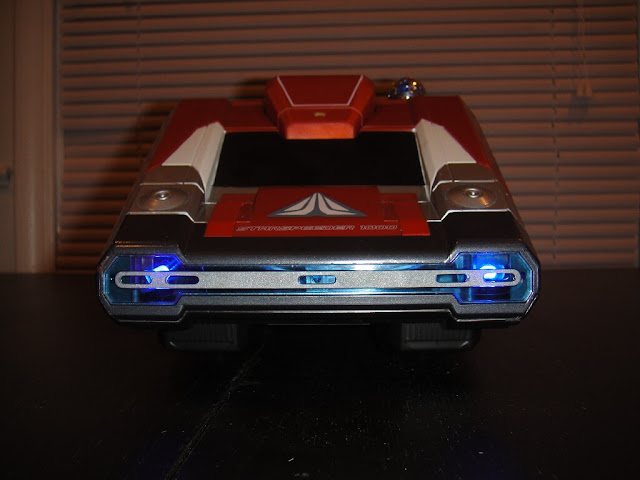 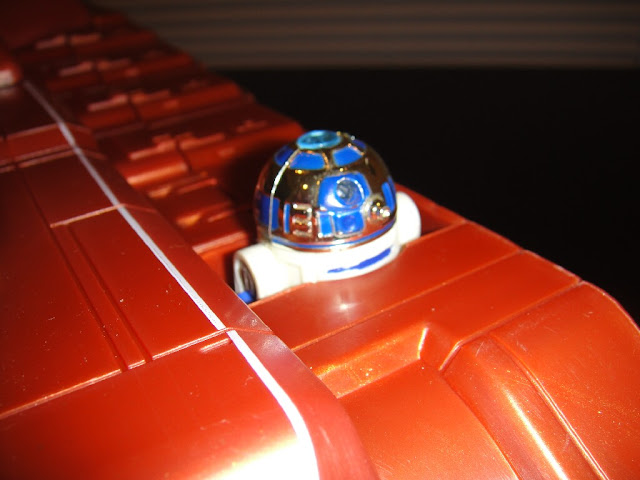 R2-D2 is included and can be pushed in to trigger his “whistle” sound effect. R2-D2 is removable and can be replaced by any of the standard size driods from the Hasbro Star Wars toy line. 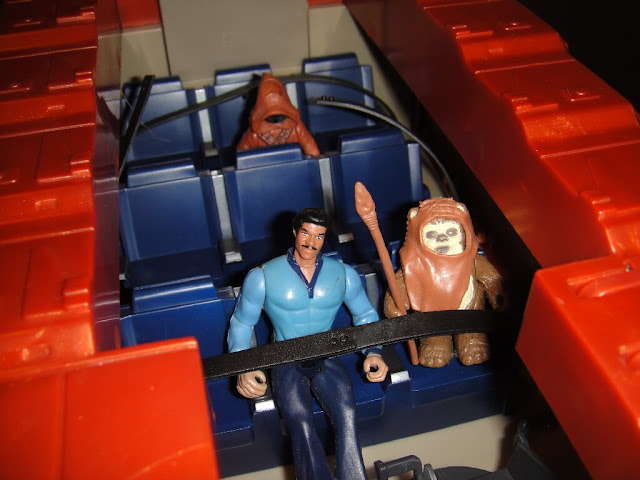 The roof of the Starspeeder can be removed to expose the ship’s cabin. Like the rest of the playset the inside is surprisingly detailed (especially for a toy under $200 that is exclusively sold in only 2 theme parks). The seats in the Starspeeder can also fit standard Kenner/Hasbro Star Wars action figures like the ones shown above. They even get little seat belts! 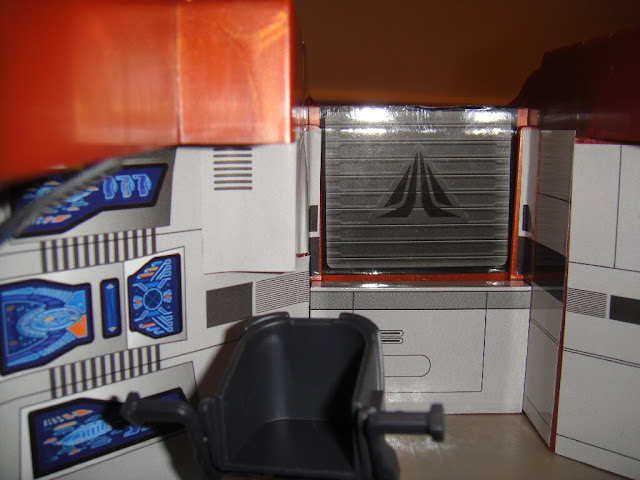 The inside front of the Starspeeder has a similar design to the ride vehicle seen in Disneyland and Disney’s Hollywood Studios. The captain’s seat can be swiveled or removed completely. The playset comes with cards that can be slid in to place in front of the cockpit shield. The cards show  the different destinations found on the actual Star Tours ride. 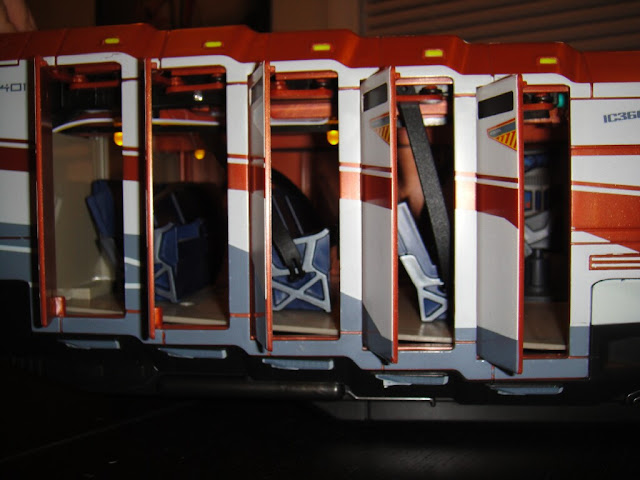 Both sides of the Starspeeder feature doors that open with buttons found on the rear. As the doors open the famous Star Tours chime plays and the cabin lights turn on. 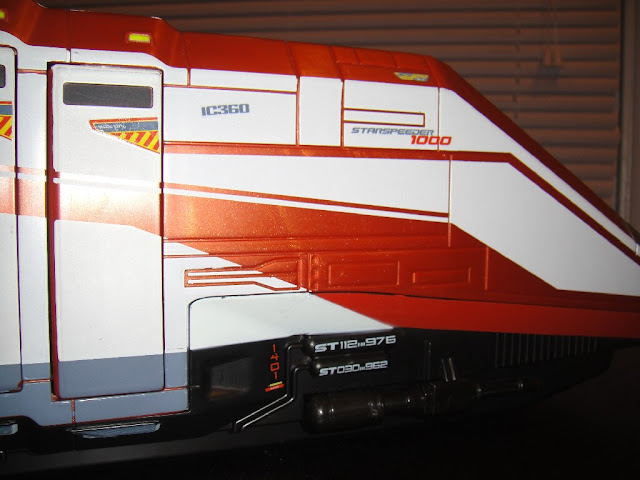 Like I said before the entire Starspeeder is highly detailed. I haven’t purchased a toy in a very long time but I assume modern toys still come without stickers pre-attached. The Starspeeder comes with all stickers already attached. The only thing you really have to do is take it out of the box and then it’s ready to go. 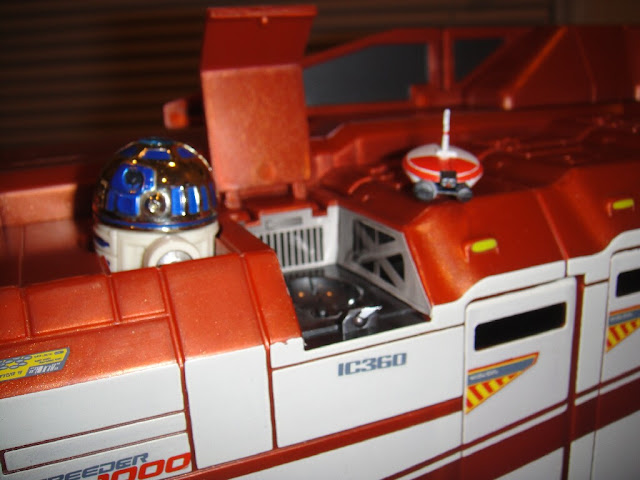 A small latch opens up behind R2-D2 to reveal the camera droid seen on the ride. 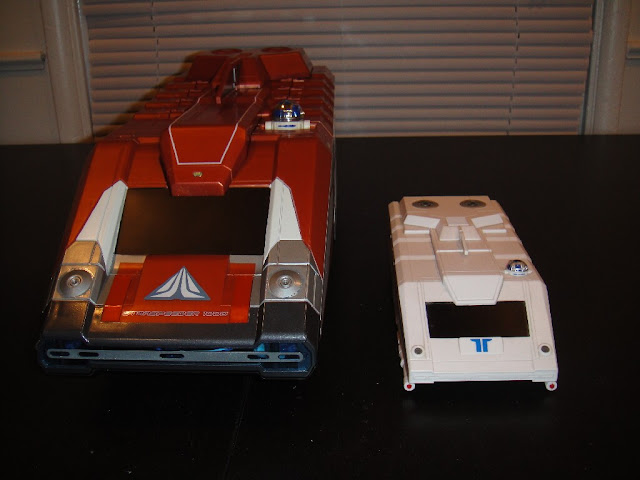 This is the new Starspeeder 1000 compared to the old Starspeeder 3000 toy that was sold up until the opening of Star Tours 2. As you can see the the new one finally does this amazing vehicle justice. 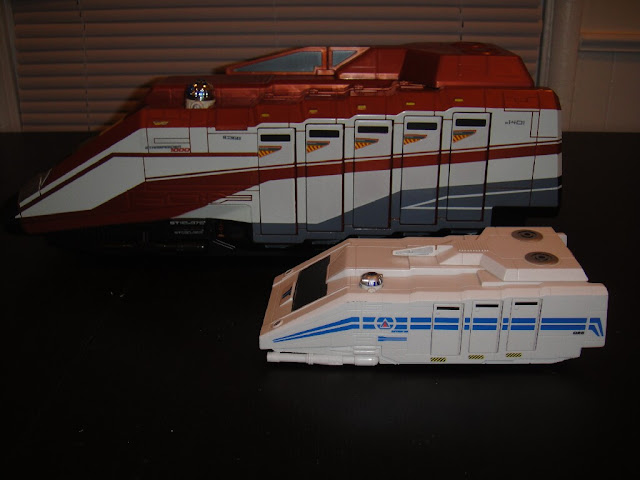 Another comparison. When I was a kid I was obsessed with Disneyland ride vehicles and I had always hoped they would make a proper toy or model of the Starspeeder. It only took them 25 years but we finally have one! If you’re a kid that loves Star Wars or a grown man with money to throw away on crap you don’t need then you will love this toy. The price isn’t too offensive for the size and feature set, before tax it is $54.95, or $47.37 after premium annual pass discount. 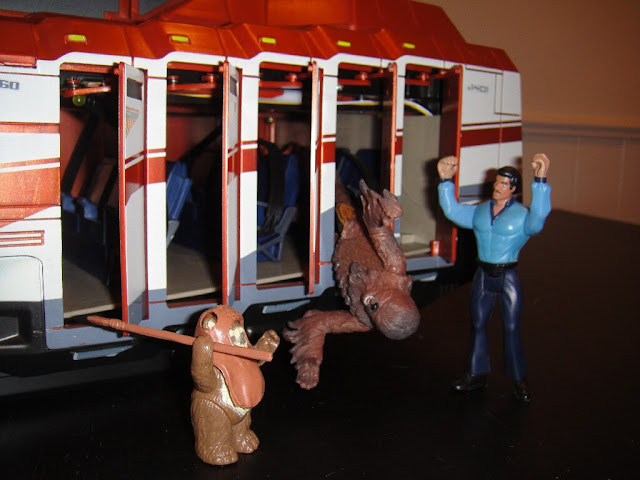