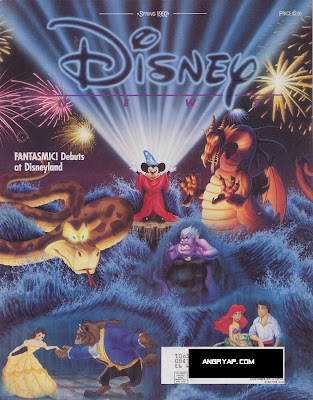 I previously posted an article from the Spring 1992 issue of Disney News about the creation of Fantasmic! This time in the spirit of the lucrative holiday gift giving season I am revisiting the same issue to bring you “Galactic Gifts From Tomorrowland!” 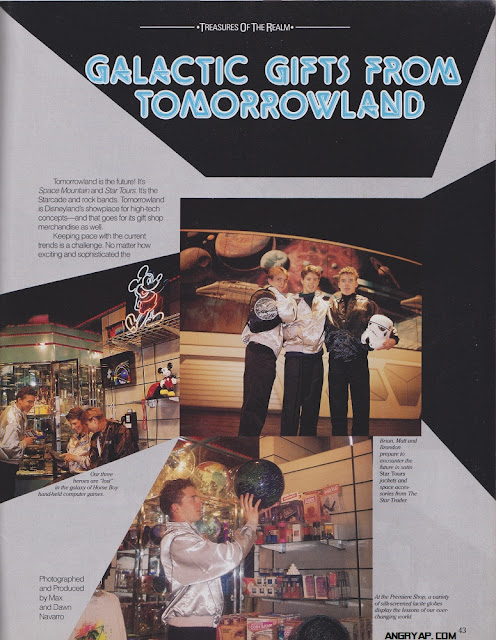 As you can see our tour guides for these Galactic Gifts will be the three totally far out dudes featured in the middle of the page. They are all sporting the amazing satin Star Tours jackets the were formally sold in the Star Trader. The bottom picture shows items that haven’t been found in Disneyland for years, but can still be found in museum gift shops around the country. 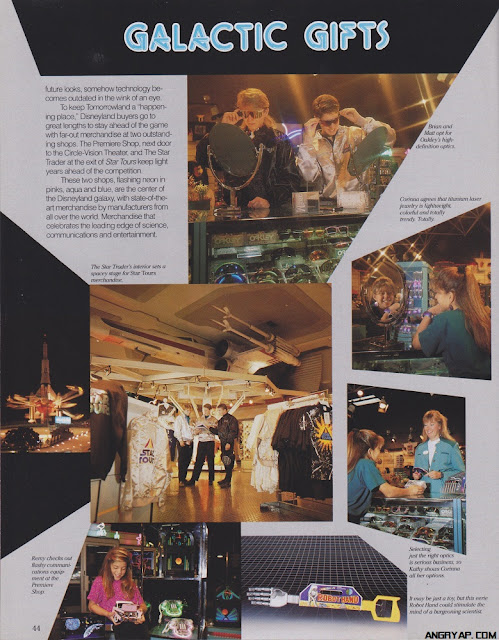 The middle picture conjures up a lot of feelings of nostalgia for me. I have vivid memories of riding the Peoplemover and getting an up close look at that replica X-Wing. I love the hanger door above it. It looks like it could open at any moment and that X-Wing could take off to go blow up some Tie Fighters. I really miss the Star Tours era themeing of that shop. It matched perfectly with the ride and it was filled with great Star Tours and Captain EO merchandise. The X-Wing was used in there from 1987 to around 1997 when the shop closed to be remodeled along with the rest of New Tomorrowland. From 1997 to 2010 the X-Wing was moved to the vacated second floor of the Starcade (which is still empty to this day) and hung from the ceiling for some reason. The only way to get a good look at it was from the queue for Space Mountain. In 2010 the Star Trader was remodeled again to give it a strange retro-future airport look and the X-Wing was again relocated back in to the shop. 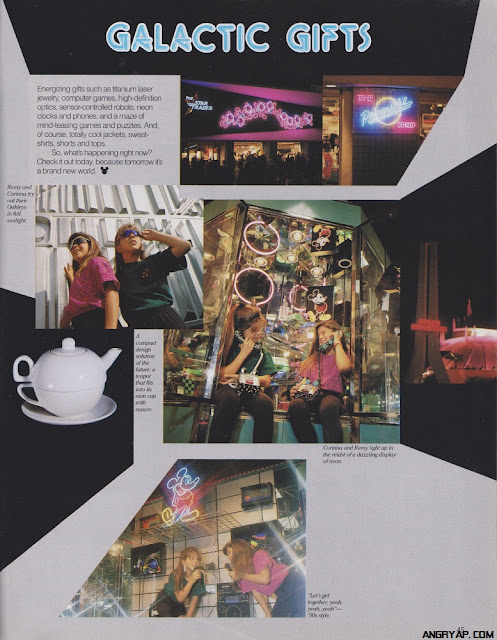 The top middle shows the outside of the Star Trader as seen when the photograph was taken. The building still looks vary similar aside from various different color schemes over the years. That same Star Trader sign and neon Mickey Mouse are still up there. The Premiere Shop is located where the Star Tours 2 Fastpass machines are now located. The shop was removed during the New Tomorrowland remodel in 1997. In it’s last few years in operation I remember mostly sports memorabilia being sold here, especially from the Disney owned Anaheim Angels and Anaheim Mighty Ducks. Not very futuristic but if it happened today  you know the Disney internet community would have a heart attack! 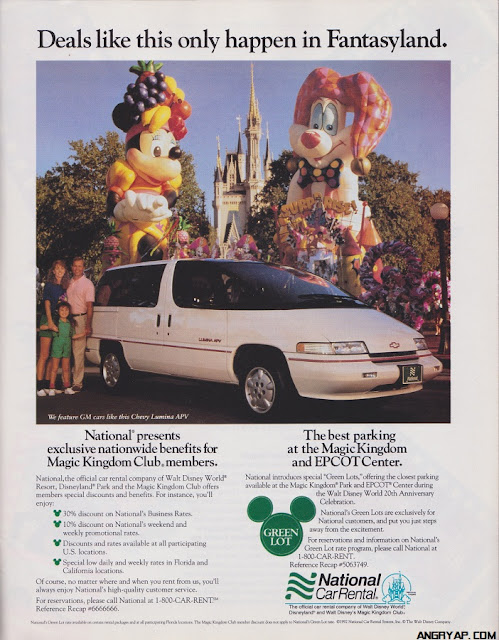 Here is a bonus ad from the same magazine. The parade shown here is called Surprise! which ran at Magic Kingdom for 32 months! Before heading to WDW it was originally seen at Disneyland for it’s 35 Years of Magic promotion and it still is arguably one of the park’s most popular parades ever. 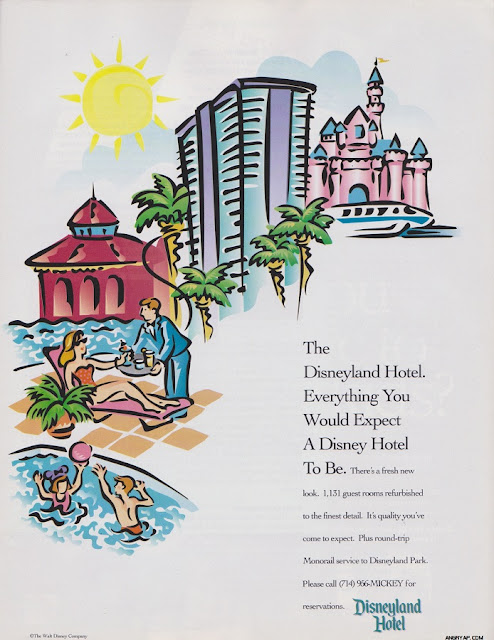 This ad is for the Disneyland Hotel and shows stylized art of the hotel’s “Marina” phase.