Skip to content
Thanksgiving is over and that means we can officially start the Christmas season (unless your Disney, where Christmas starts the week after Halloween). Lets take a look at these vintage Disneyland Christmas pictures. 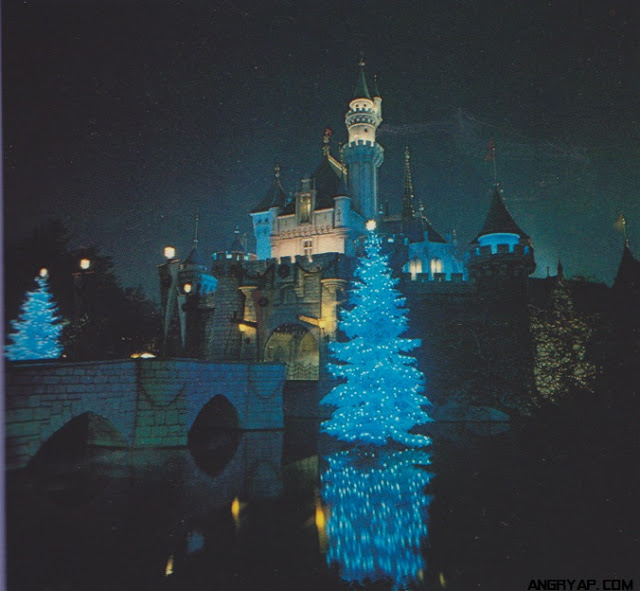 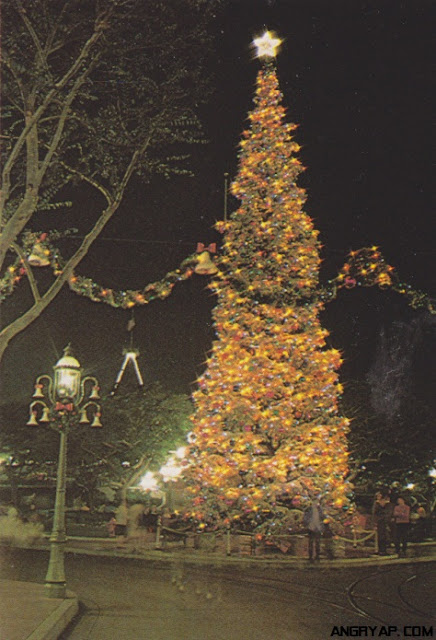 Up until 2008, Disneyland would get real trees for town square. This resulted in the entire area being filled with the aroma of fresh pine! 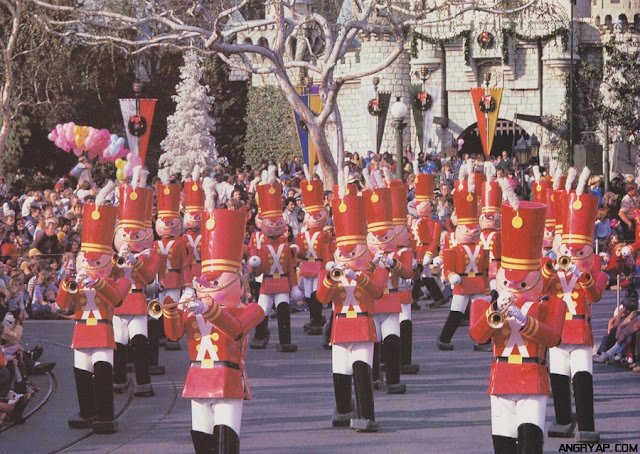 This picture from the early ’80s show the toy solders marching near the castle. Speaking of the castle, you can kind of see the original color scheme, before it’s current fairy tale pink and blue. 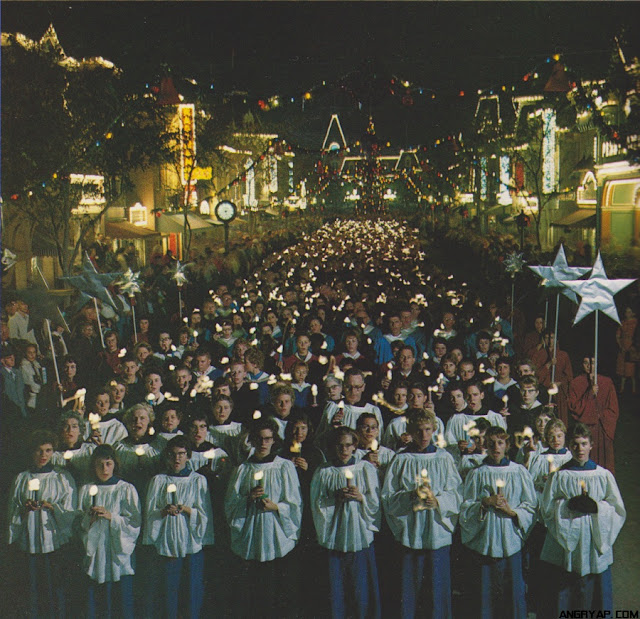 Disneyland’s Candlelight Processional is amazing and if you are any sort of Disney fan you must see it at least once. The massive choir marches down Main Street before entering the bleachers set up in front of the train station in town square. Which brings me to the next picture: 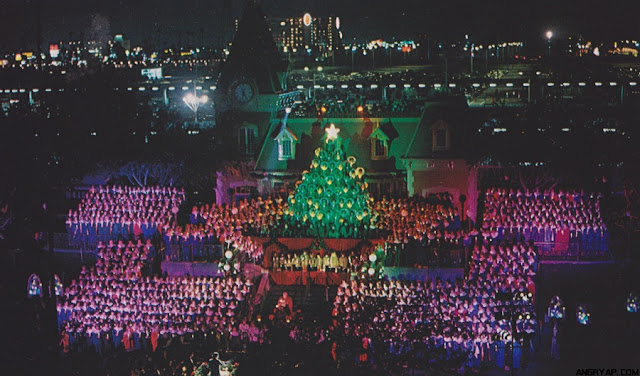 Very little has changed with the set up of Candlelight Processional, but you can see why. It looks absolutely stunning. Epcot has a version of Candlelight Processional too, and I admit that I have never seen it in person (only video), but it doesn’t seem as impressive. The Epcot version of the show is held in the outdoor America Gardens Theater across from American Adventure. Understandably Disney has milked this very popular event more and more over the years with expensive dinner packages in both Disneyland and Epcot.