I previously shared a similar Disneyland Today guide but this one if different/interesting enough to post.

Before I go any further I wanted to show you what is the coolest part about this DL Today. It’s an advertisement for the opening of the original Star Tours. It may seem strange that Star Tours opened on January 9th 1987, and not the busy 1986 holiday season. But, the ride had been in the soft opening phase for most of December of 1986, so plenty of guests got to experience it. 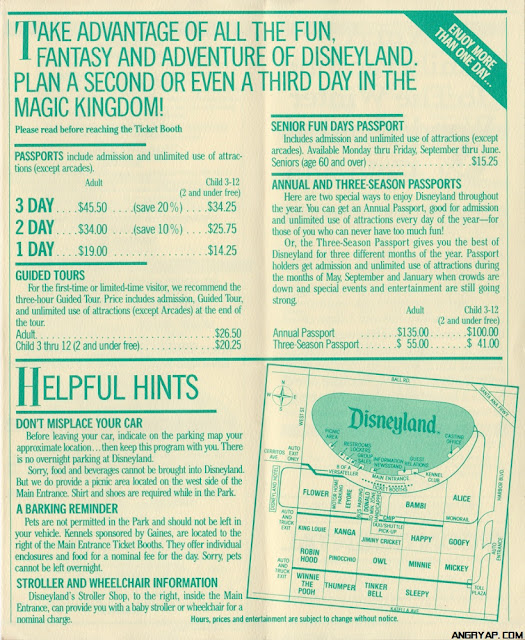 It’s amazing that Disneyland tickets were this cheap at one point. A single day ticket was $19, adjusted for inflation that’s a painfully cheap $37! Also notice annual passes were an affordable $135. It’s funny because in 1986 the annual passholder population was still very small (especially compared to today’s amount). I was three years old in ’86 and I would never in a million years think that I would be going to Disneyland every week. 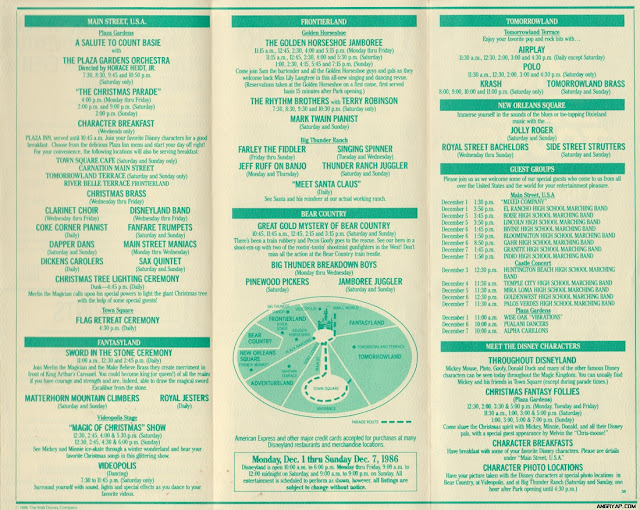 This page shows the epic amount of live entertainment offered at Disneyland. The bland named “THE CHRISTMAS PARADE” was still running at this point. It was finally replaced in 1994 by the still-running Christmas Fantasy Parade. I also noticed something which I never knew, the Golden Horseshoe used to take reservations. It just shows how popular and loved that show was.

Win a trip to Vail Colorado! I’ll just stick with Disneyland, thanks.