Skip to content
I’ve never done a post about Disney’s non-United States theme parks. Probably because I’ve never been to one and have very few items from them. My friend Rachel took a trip to Japan back in 2008 and brought me back this map and this hat: 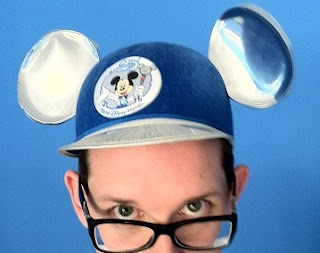 Thanks Rachel 🙂 On to the map.

The map is from April to September 2008. This was the year Tokyo Disneyland was celebrating it’s 25th anniversary. TDL has a pretty unbelievable first 25 years. For the most part it got updated versions of Walt Disney World and Disneyland’s most well known attractions. Also, for it’s second gate it got arguably the finest non-Magic Kingdom style Disney park ever made, Tokyo Disney Sea. 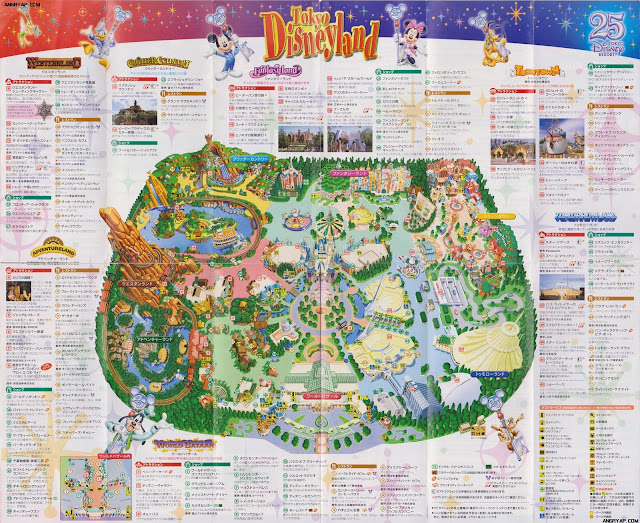 Here is the gigantic guide map. Click to enlarge to see all the details. The layout of Tokyo Disneyland has always fascinated me. I figured I’ll walk you through some of the obvious differences.
Overall: Tokyo Disneyland has some parts Disneyland and some parts directly copied from Magic Kingdom at Walt Disney World. Some are unique, such as…
World Bazaar: This is TDL’s version of Main Street USA. The buildings have the familiar facades found in it’s state side counterparts with the noticeable exception that the entire area is covered by a roof. Tons of pics can be found on Google to see what I mean.
Tomorrowland: The entrance to Tomrrowland is a copy of Magic Kindom’s original (which was remodeled in 1996. Space Mountain is a clone of Disneyland’s version of the ride. Also, Tomorrowland is home to a TDL exclusive attraction called Monster’s Inc: Ride and go Seek (which looks amazing in the videos that I’ve seen). The Monsters Inc ride was not yet open when this map was made but the illustration for the building exterior is still visible to the right of the main entrance of the park.
Mickey’s Toon Town: This is an exact copy of Disneyland’s Toon Town but it is completely flipped. It’s literally like looking at DL’s Toon Town in a mirror.
Fantasyland: Besides the different layout, TDL’s Fantasyland is missing the Disneyland exclusive Alice in Wonderland dark ride but they do have the extremely popular Queen of Hearts Banquet Hall. It’s a Small World has a facade that similar to Disneyland’s original, minus the outdoor portion of the ride. Amazingly, the Haunted Mansion is found in Fantasyland! The exterior of TDL’s Mansion is the same as Florida’s Magic Kingdom (with a slightly different color-scheme). Fantasyland is also home to one of the parks signature (and not to mention busiest) attractions, Pooh’s Hunny Hunt. This isnt you typical Pooh dark ride. Read all about it here.
Westernland: Known as Frontierland in the other Disney theme parks. One strange difference (due to local laws in Tokyo) is a train does not circle the entire park, only the Westernland area.
Adventureland: This area is home to an exclusive version of the Enchanted Tiki Room known as “The Enchanted Tiki Room: Stitch Presents Aloha E Komo Mai!” which replaced another TDL exclusive “The Enchanted Tiki Room: Now Playing Get The Fever!”
There are obviously many other differences and similarities that I wont go over here, but you get the idea. 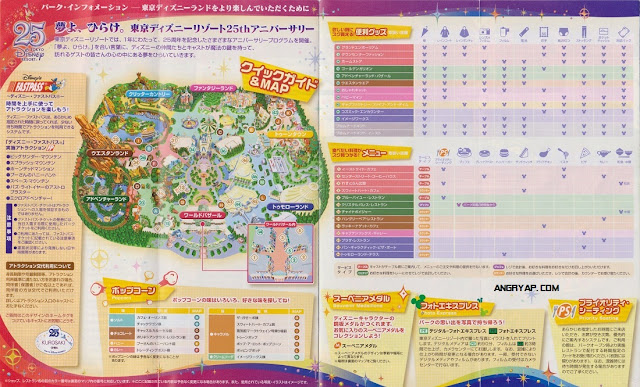 I didn’t include all of the pages of this guide map because most of them are just walls of Japanese text. I thought this was interesting, it’s a mini-map and grid showing every single dining and retail location.

Finally, here is the back. Notice it is NOT a Kodak advertisement like almost every American guide map in the history of time. This page shows contact and travel information for the park.