Skip to content
I thought I would change it up today and do a post about something I have never covered on this blog before. Characters! Full disclosure, I am not a big fan of the walk around characters but I do appreciate that they are loved by many and have a place in the parks (except Epcot). And I will admit that a hug from someone in a giant Pooh costume is never a bad thing.
[image removed at the request of copyright holder]
This picture from 1958 is scary for many reasons. Walt looks slightly angry but nowhere near as angry as Mickey Mouse. The child actor playing Alice looks innocent enough but look at that bunny character! I don’t know much about cold war era costume technology but surly they could have done better than that! 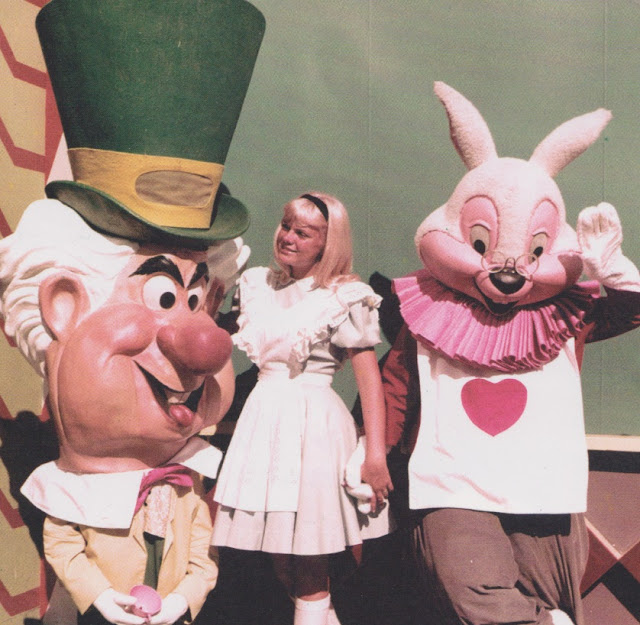 This next one from the seventies features an older Alice face character that looks fine (besides her outfit that looks like has spent 100 years fading in the sun). The White Rabbit character looks similar to the characters that we know today. The same cannot be said for the Mad Hatter. I’m sure many children fled in horror, never to return to Disneyland again after seeing the giant headed characters like Hatter. 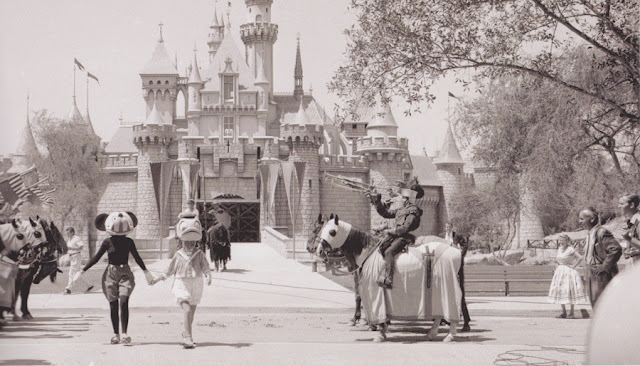 This picture is from the opening day of Disneyland in 1955. The Mickey and Donald costumes are the things nightmares are made of. I truly feel sorry for the kids who went to the park on opening day. Not only did they have to deal with long lines, broken rides, and hot weather, but they also had to see these terrifying representations of their idols. 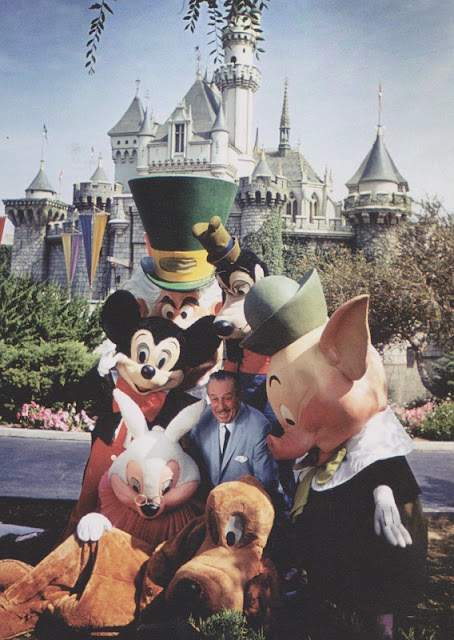 Walt with his stars. I love this charming picture but… 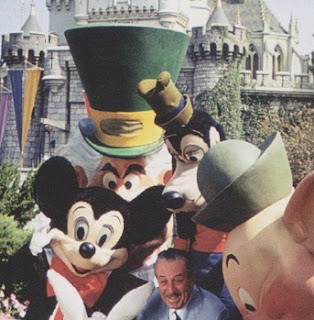 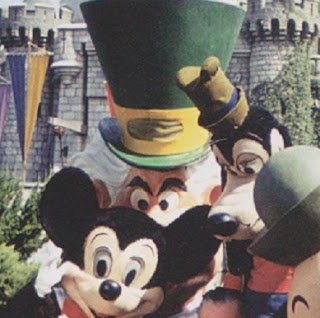 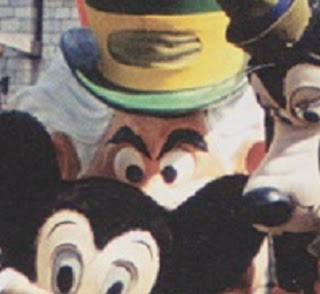