1990 was a great year for Disneyland. One of most successful marketing campaigns in the park’s history (35 Years of Magic featuring the Dream Machine) and arguably the most popular parade ever to hit Disneyland (Party Gras) both premiered that year. 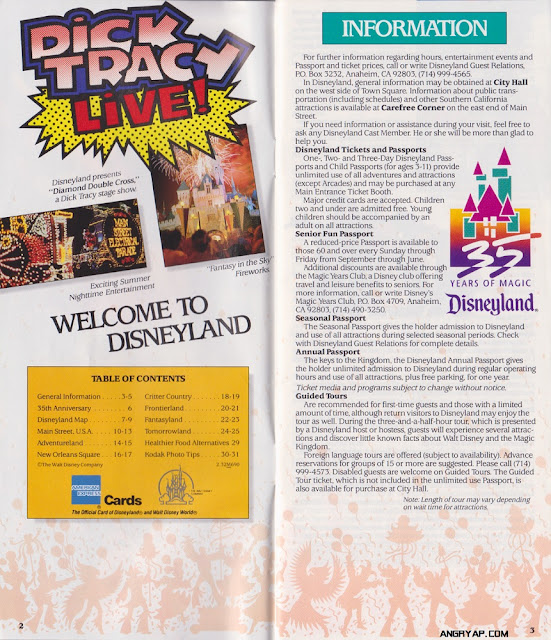 On the left you can see the new entertainment offerings for the Summer season. Notice the Dick Tracy Live show which lasted less than a year. The show took place in the Videopolis Theater (currently known as the Fantasyland Theater). Dick Tracy Live was only designed to run to promote the film but there was a mega E-Ticket attraction themed around Dick Tracy planned for Disneyland and Disney MGM-Studios (Disney and More has a great article about it). Unfortunately the attraction never got off of the drawing board but it did heavily inspire the ride system eventually used in Indiana Jones and the Temple of the Forbidden eye.

This page describes all the fabulous prizes that can be obtained for the 35th birthday celebration. Notice at the bottom of the page you can see the outline of what the Dream Machine looked like. 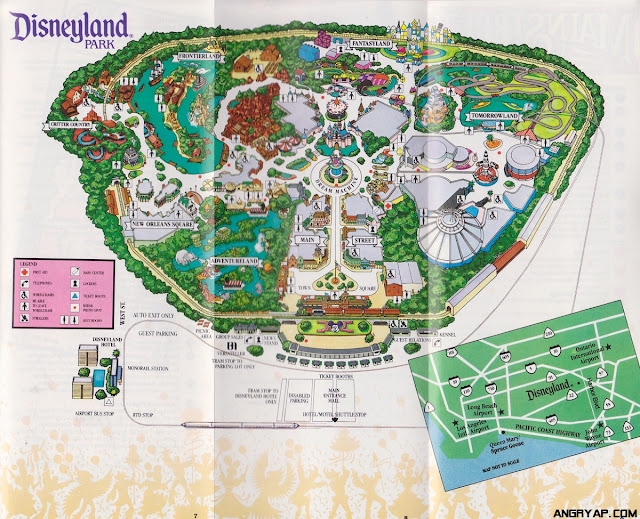 Almost all of the classic Disneyland maps look great and this one is no exception. 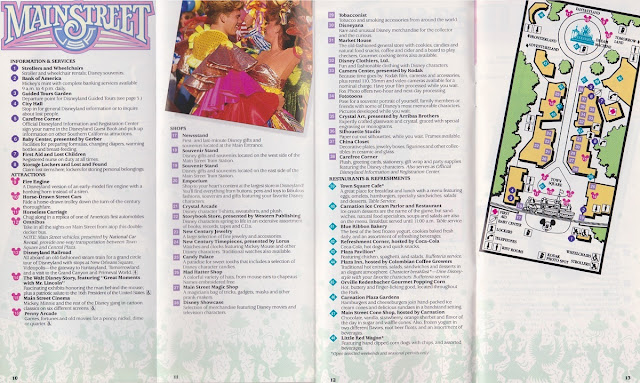 These were the days when guide maps were beefy. As you can see every single shop and attraction has a description and then is mapped out on it’s own mini map on the side. 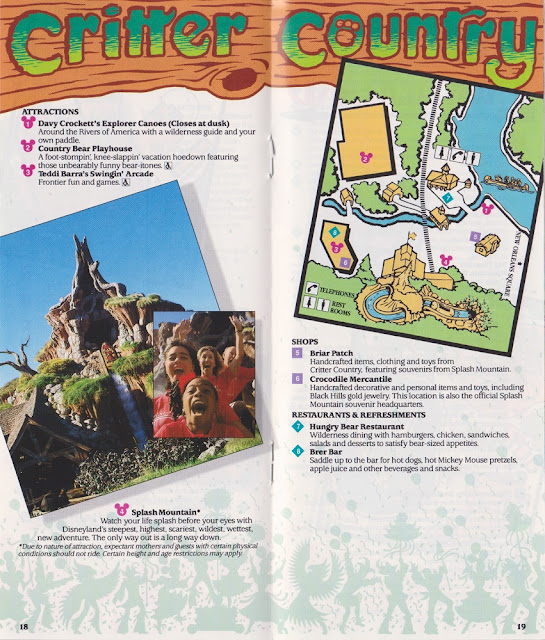 Splash Mountain was only one year old in 1990. “Watch your life splash before your eyes!” 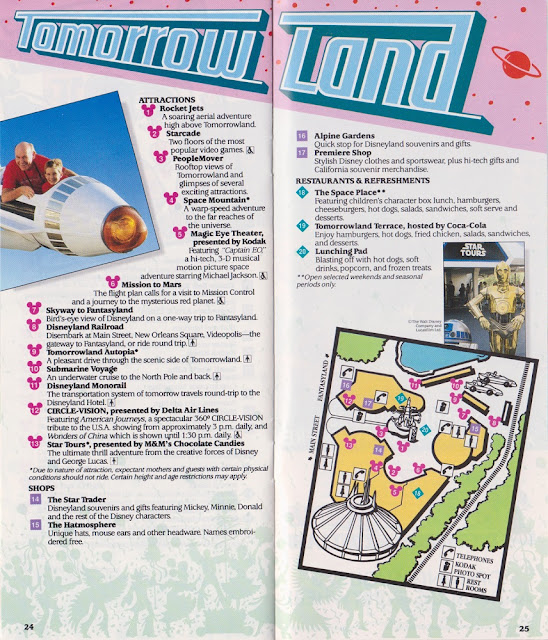 I always love looking back old Tomorrowland stuff. It’s probably because it is the land that has most changed. All the classic attractions are here, except for America Sings which had been closed for about 2 years at this point. Notice the Space Place is listed as one of the restaurants. In a previous post I talked about how you can still clearly see the remnants of Space Place near the entrance of Space Mountain. In this picture you can see it in its current boarded up glory, complete with it’s menu holders still in place. 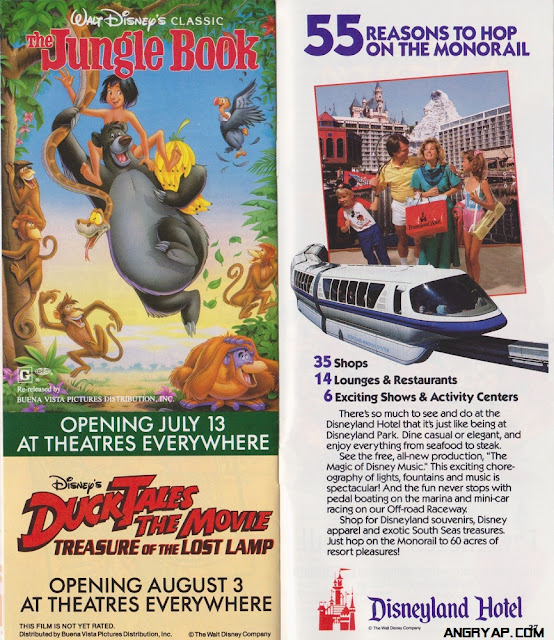 Disneyland Hotel advertisements used to kill me when I was a kid. I wanted to stay there so bad when I was a kid but my grandma never let me. Probably because we lived 15 minutes away but I’m not bitter… 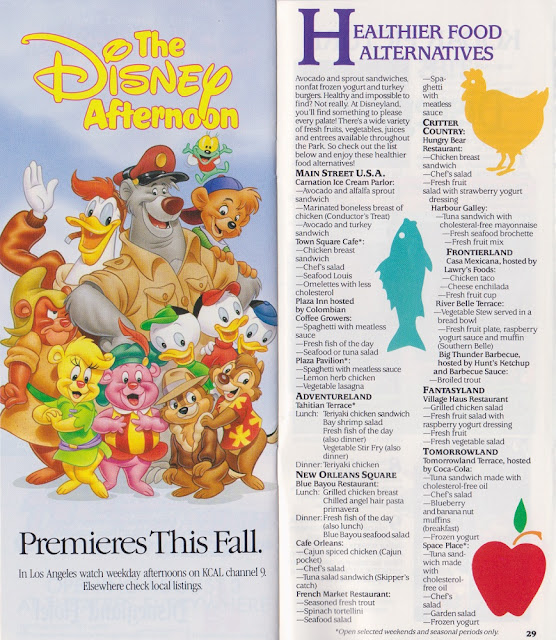 On the left you can see a great advertisement for the block of programming that would end up being engrained in the minds of all the kids that grew up in the 90s. The Disney Afternoon. On the left you can see a list of healthier food alternatives but I question the healthiness of a few of these items. cheese enchiladas? Teriyaki chicken? Lasagna? I’m actually surprised they don’t offer something like this these days considering how health conscious most people are.

Today I’m including this button to be a part of Magical Days with the Mouse‘s flashback Friday. Be sure to take a look at the other entries! They are always entertaining.