Skip to content
The Disney News magazine is one of those things from my childhood that I will always remember. It  was the Disney fix I needed when I couldn’t be in the parks. It was also way before the internet which means besides the local newspapers it was the only way to read about what was headed to Disneyland! For example, the issue we are looking at today previewed the upcoming show Fantasmic! and WESTCOT Center, the planned (but unfortunately never built) second theme park for Disneyland Resort. Also featured are other Disney theme park related stories such as behind the scenes of Euro Disneyland, the stories behind Disneyland attractions, “Galactic Gifts From Tomorrowland” and many more interesting articles. You can see why a Disneyland-crazed kid like myself was obsessed with this magazine to a point where I would read every issue until they fell apart. I’ll revisit this magazine from time to time on this blog but today I’ll be focusing on the Fantasmic! cover story.
If you are having trouble reading the print or seeing the pictures on the pages, click the images to enlarge them. 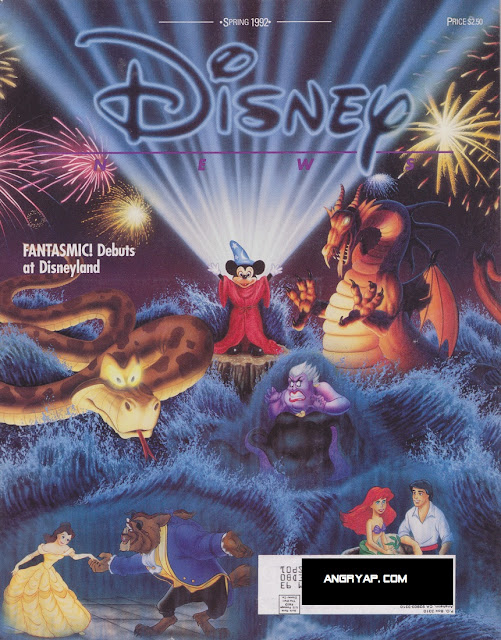 The cover shows a beautiful collage of the various show scenes. 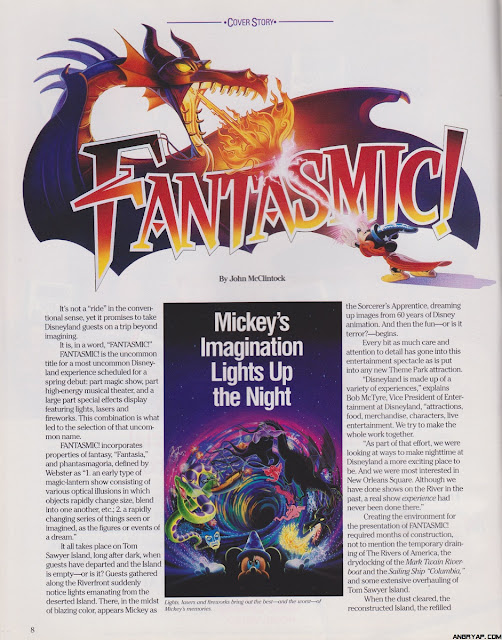 I always thought Fantasmic! had a great logo. Did you know this show was originally going to be called “Imagination”? Rumor has it that Disney changed the name in the months leading up to the debut when they realized they couldn’t copyright the name. You can still hear the singers say “Imagination” in the beginning of the show’s soundtrack. 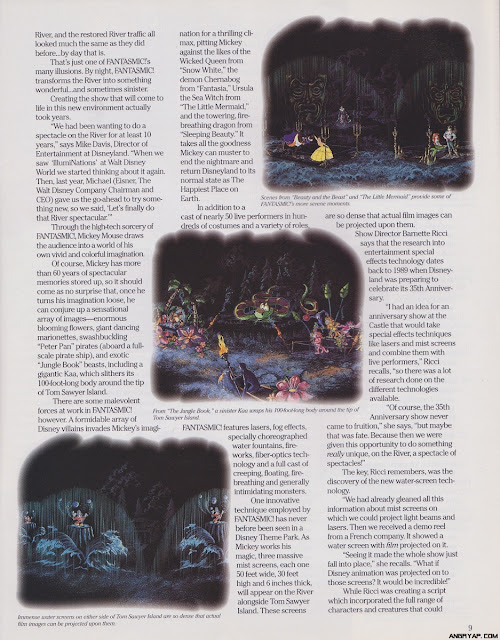 This page shows a lot of rare concept art for the show. As we all know things change between concept to completion and you can see evidence of this in the middle painting. Notice during the Kaa scene you can see a planned but never implemented cast member in a canoe with a torch. 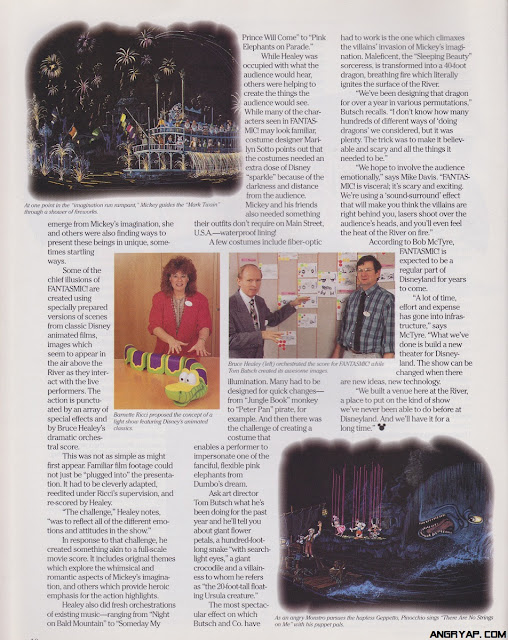 More designed but not implemented show elements can be seen on this page too. Notice in the Pinocchio scene you can see Geppetto on a raft while Monstro chases him! How cool would that have been.
Fantasmic! was designed to last a few years but little did anyone know at the time of this article that it would become one of the most classic and beloved nighttime spectaculars in Disney history. Personally I am not a fan at all of Disney’s Hollywood Studios version of the show but Disneyland’s Fantasmic! is still one of the best theme park shows Disney has ever done. 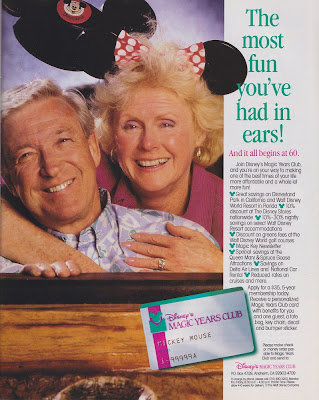 Just for fun I wanted to include this scan of a Magic Years Club advertisement!
More post on Fantasmic:
Fantasmic Soundtrack Cassette Tape from 1992