Skip to content
On Friday, Studios Central posted an interesting story about an unbuilt attraction called Mickey’s Movieland and it made me wonder why historically there isn’t much written about the history of Disney-MGM Studios/Disney Hollywood Studios. After perusing the Disney books in my collection I noticed that most don’t offer much more than a few publicity photos and none offer more than a few paragraphs on the creation of the studios park. But, like all Disney theme parks, there are a few gems such as these beautiful pieces of concept art. 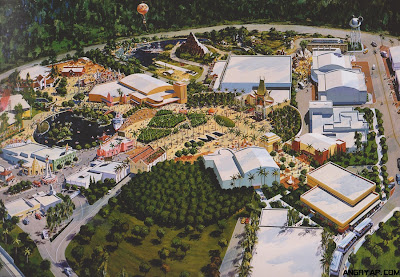 Here is an overhead view of the park that is relatively faithful to what it looked like when it opened in 1989. The major difference is at the top of the screen where Residential Street was located when the park opened.

This shows the action that guest could have seen on the backlot tour. In reality a loud tram would have never been aloud to drive past a real filming session. That is, if filming actually took place in the backlot. Real film and television production was sparse at best when the park did have a real working studio. To remedy this Disney staged filming of fake music videos to give gusts something to look at during the tours. 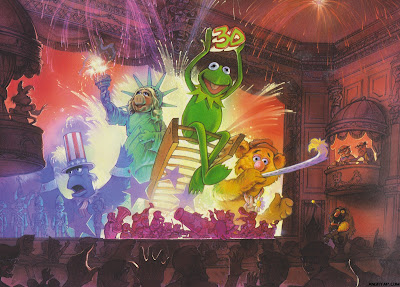 This art was used to promote Muppet Vision 3D at both Disney-MGM Studios and Disney’s California Adventure. 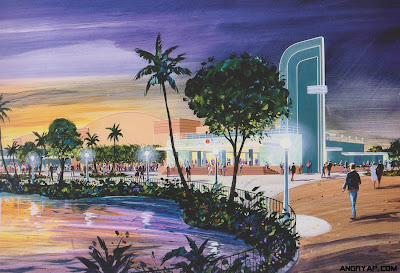 Here we can see the beautiful Echo Lake section of the park. The blue building in the back is the Superstar Television attraction (now home to American Idol Experience).