Skip to content
On Monday I posted the Disneyland Today pamphlet from 1986 and today I bring you the guide map that went with it! To give you some historical context with this map it is from when Captain EO had just premiered and earlier in the year Star Tours had opened. Over on the west side of the park Bear Country was transforming as into Critter Country as very early site work on Splash Mountain had started. Certainly an exciting time to be a Disneyland fan! On a personal note, this was the time of my first ever Disneyland visit! I was three years old at the time.

The cover shows all of the fab five greeting you. The railroad engine shown on the cover (The Ernest S. Marsh) is currently not in service but is expected to return from extensive maintenance in 2012. 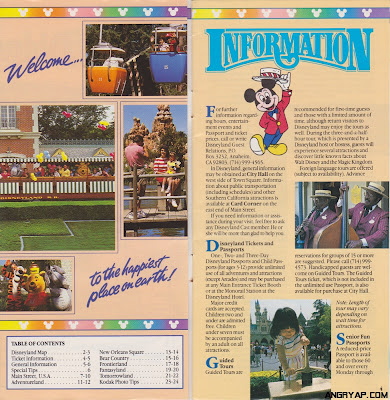 Take a look at the other half of the picture of the train. How did they fit that giant Pooh costumed character in there? One thing I noticed that I’ve never seen before is the inclusion of the Senior Fun Passport. It was a ticket option for guests 60 and over valid Monday to Friday during the Summer months. 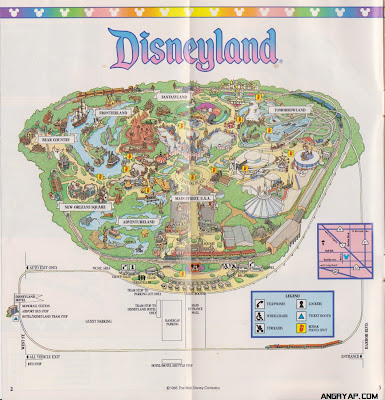 The park was jammed packed full of live entertainment and classic attractions back in 1986. Classics like the Swiss Family Tree House and Sky Way were still around and all of Tomorrowland was filled with operating attractions. America Sings, Peoplemover, Rocket Jets, Circle-Vision, Submarine Voyage and Mission to Mars were all in operation. I wish I could go back there right now! 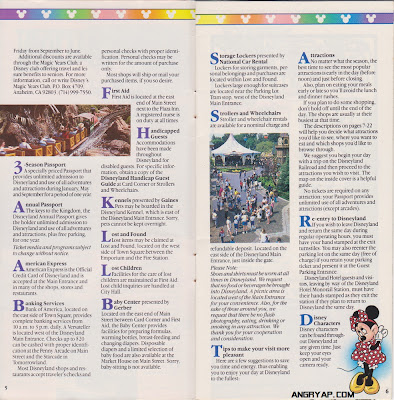 The information page is filled with everything you could possibly want to know about your day in the park. 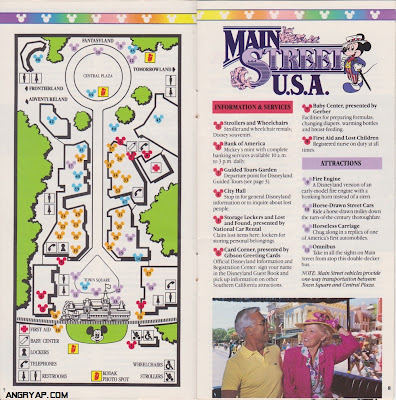 This was back when the guide maps had multiple pages dedicated to each land. Every single shop, attraction, and food location gets a mention. Even churro carts! Take a look at the lady in pink and her fancy hat! 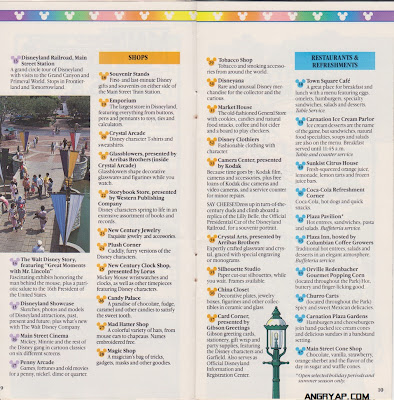 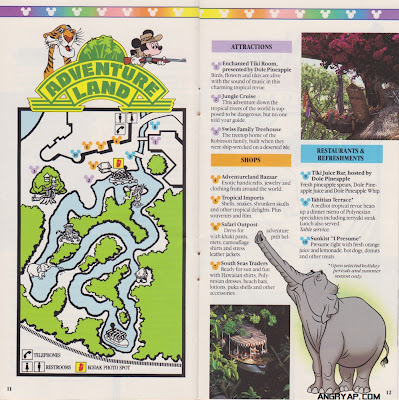 Notice the original style of the Jungle Cruise boats were still in use! 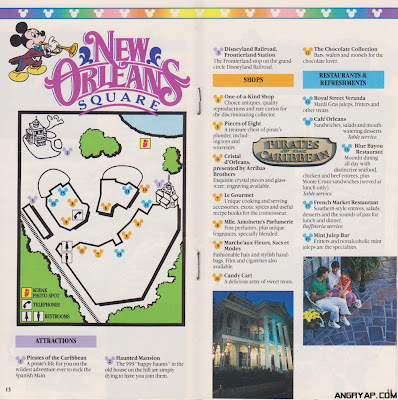 New Orleans Square has always been one of the most beautiful and highly themed areas of the park. And it’s exclusive to Disneyland! 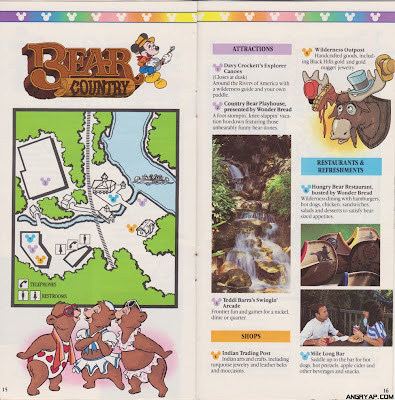 Bear Country when it featured the Country Bear Jamboree and… not much else. Notice The Sun Bonnet Trio bears and Melvin are all decked out in their Summer attire because it is Summer time and that means the Country Bear Vacation Hoedown was playing! It’s too bad this fantastic show is only playing in the Magic Kingdom now and they only offer the regular show and not the Christmas or Summer versions. (and yes, I’m aware the show plays in Tokyo Disneyland too but it’s not in English!) 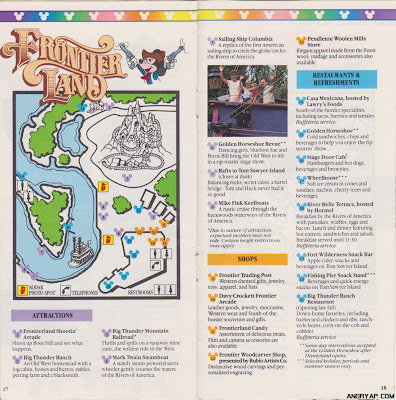 The newest attraction in Frontierland at this time was Big Thunder Rance. 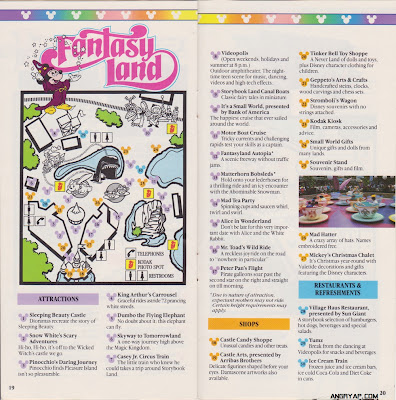 Fantasyland was probably still glimmering from it’s “New Fantasyland” remodel which was just three years old at the time. The Fantasyland Autopia, Videopolis, and the Motor Boat Cruise were still in operation. 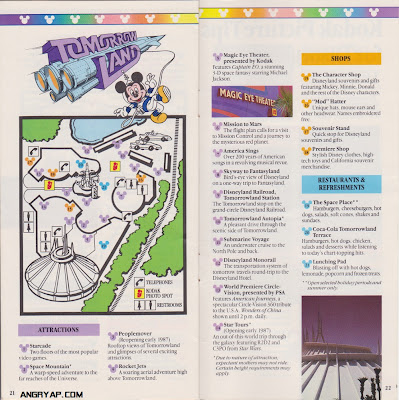 Tomorrowland has been somewhat of a mess for over a decade now but back in 1986 it was still in excellent shape. As I said before, America Sings, Peoplemover, Rocket Jets, Circle-Vision, Submarine Voyage and Mission to Mars were all in operation. Mission to Mars was not a headliner attraction by any means but it always hurts to see an actual attraction replaced by a restaurant. Not even a good restaurant but a crappy pizza place! America Sings was two years away from closing at this point (before it would sit unused for over a decade…). Did you know that America Sings required an E-Ticket!? The always great Kodak picture tips and the old couple from earlier in the guide make another appearance!

The back of the guide shows a Kodak advertisement featuring the brand new (and my all time favorite) Captain EO attraction!