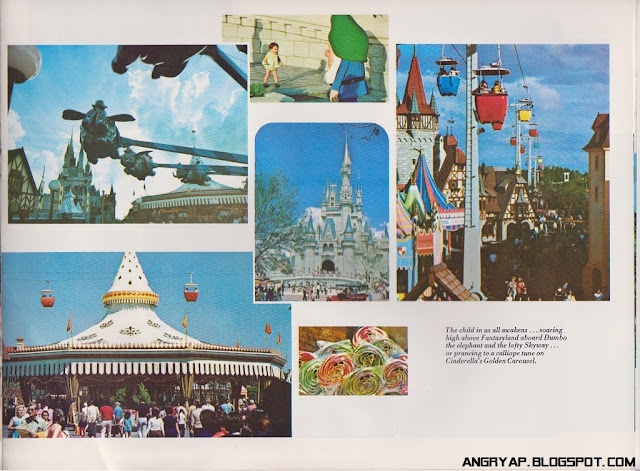 The current Fantasyland is relatively unchanged from these pictures. 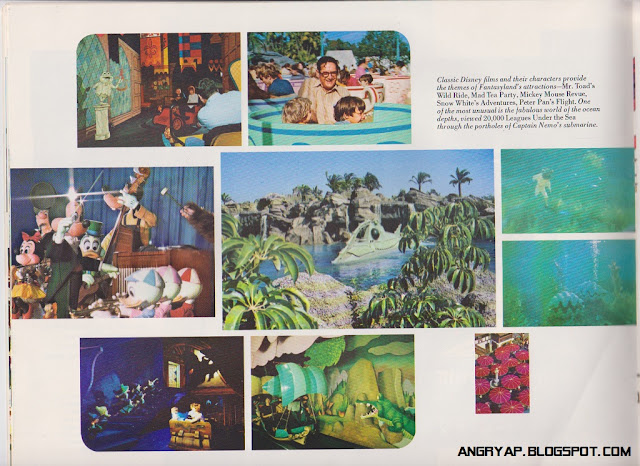 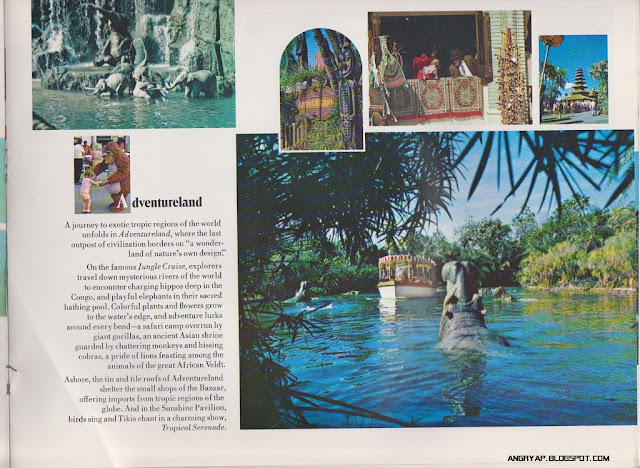 Beautiful shots of Adventureland without Pirates of the Caribbean or the clutter of Aladdin’s Carpets. 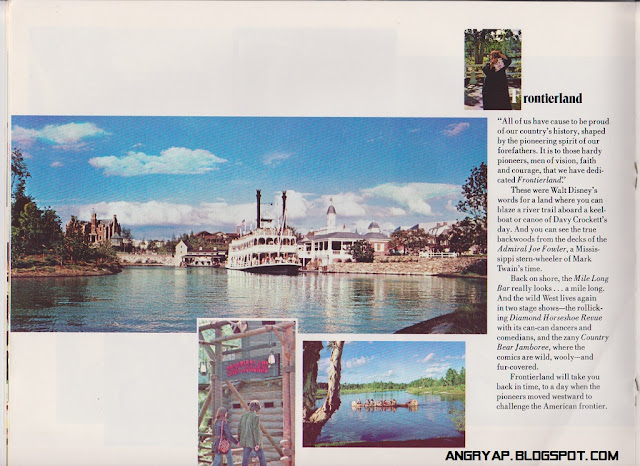 This is Frontierland but it is missing three of it’s major attractions. These are the days before Big Thunder Mountain, Splash Mountain, and Tom Sawyer’s Island. 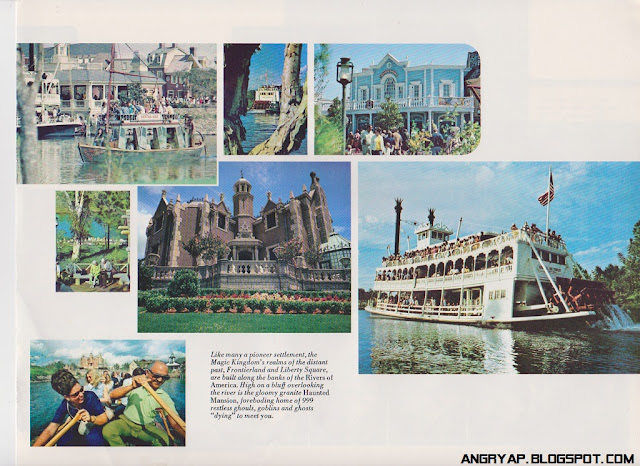 A minty fresh Haunted Mansion. Also seen is the Admiral Joe Fowler, Magic Kingdom’s original riverboat. Rumors have been around for years that it was accidentally destroyed when it when into dry dock in 1980. Joe Fowler was hired by Walt Disney because he was a navel expert and Walt needed help building the Mark Twain boat at Disneyland. Joe Fowler was also a key person in the building of Walt Disney World. 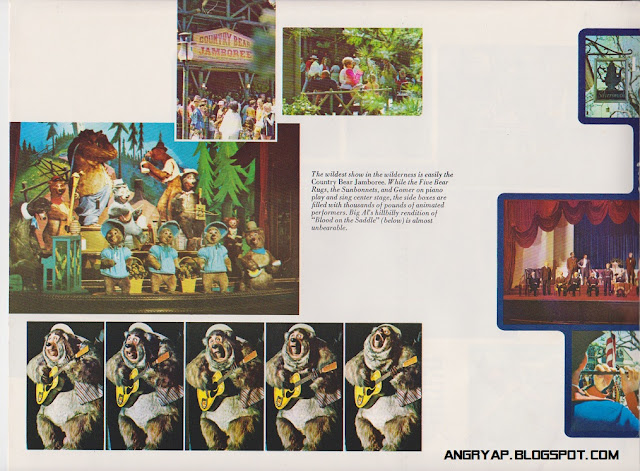 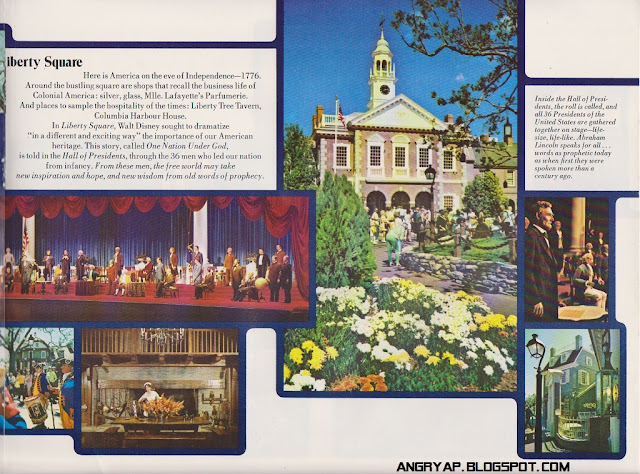 The Hall of Presidents is still a breathtaking attraction that amazes thousands of guests every year but I can only imagine what it must have been like seeing this in the early seventies! 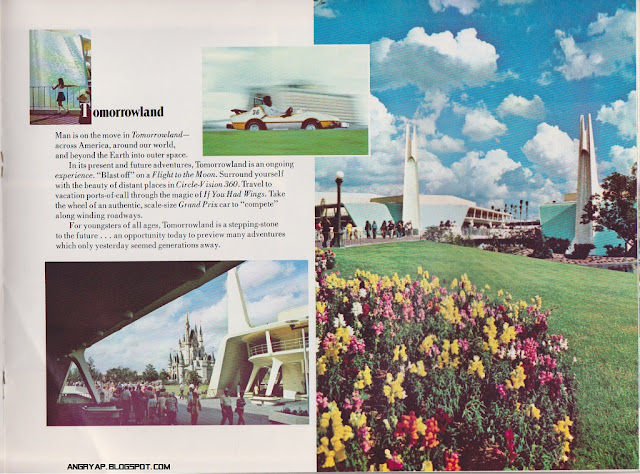 The old Tomorrowland is almost completely different than its current incarnation. Personally I think those spires are way better looking! 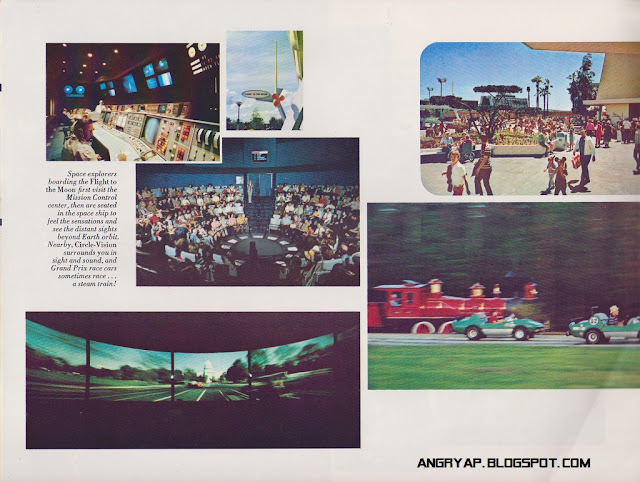 Space Mountain and the People Mover weren’t built at this point but you could ride the now extinct attractions Flight to the Moon, Circle-Vision, and If You Had Wings. 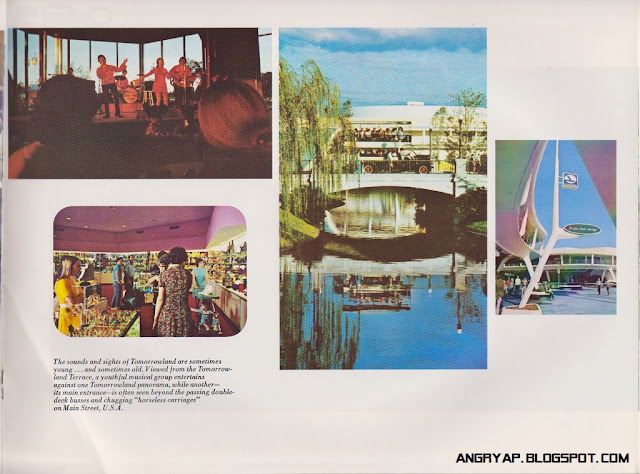 At one point Magic Kingdom’s Tomorrowland had what Disneyland guest still enjoy to this day. Live music at Tomorrowland Terrace. 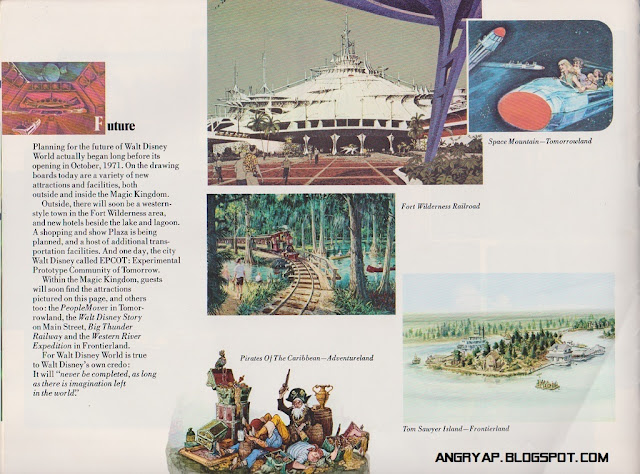 Almost all of the WDW and Disneyland souvenir books I have from the 50’s until now feature concept art of coming attractions. This one is no different. 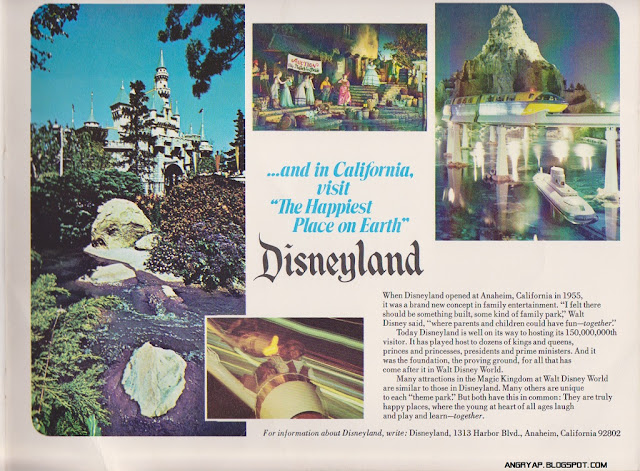 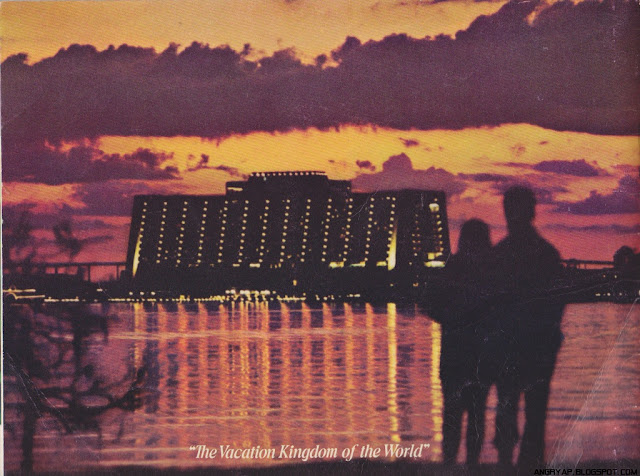 The back of the book features a stunning shot of the Contemporary Resort.
That’s it for this book! Walt Disney World with no Space Mountain, Big Thunder, Splash Mountain, or hundreds of other attractions. Not to mention 3 other theme parks, 2 water parks, and dozens of hotels. Things have changed in 40 years!