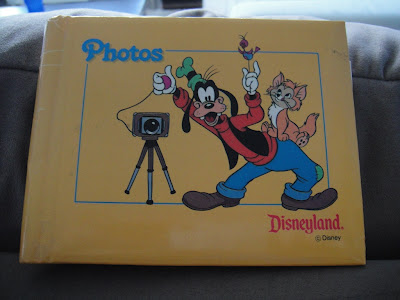 This old Disneyland photo album has been in my box of assorted family photos for at least 20 years now. Lets crack it open for some Disneyland blog fodder, shall we? 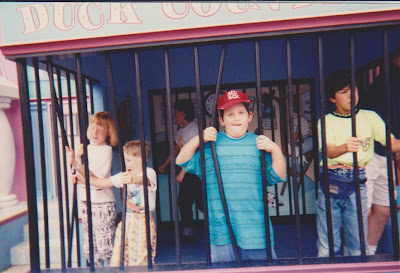 Oh lord, pictures of Afternoon Avenue. That’s me in the middle, trying to break free from the Duckburg Jail (The precursor to the Toon Town Jail). Rocking my Red Sox T-Ball team hat. Forget about all that though, this picture is amazing because there are not one but TWO kids wearing Zubas! As if that’s not enough the dude next to me is wearing a FANNY PACK! 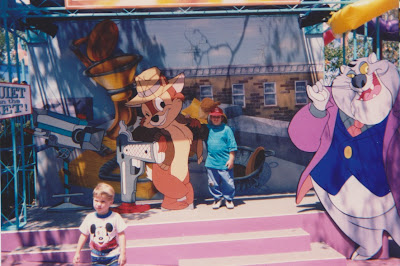 Hold on, was this Zubas day at Disneyland or something? The kid in the lower left is sporting some sick Zubas pants and a nice multi-color Mickey shirt. 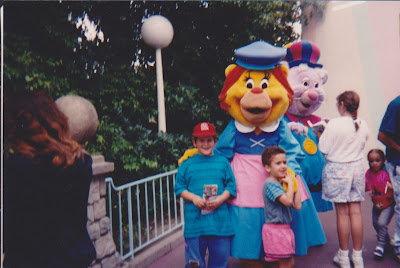 Okay, I didn’t think this would turn in to a 80’s fashion report but come on kid. Pink shorts?! Also seen is another fanny pack. Anyway, this picture is rare because I’ve never been interested in taking pictures with characters AND I never enjoyed watching the Gummy Bears cartoon. Why did I agree to take this? Who knows. 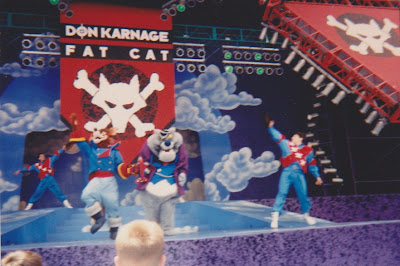 Last picture for this post. Here you see a picture of the old Plane Crazy show at the Videopolis stage. I never liked Talespin so this just shows that even at that early age I had the passholder mentality. Do whatever is new at Disneyland only because it is new. Current examples of this are the Pirates 3D sneak preview, the Making Memories show projected on Small World.
Stay tuned for more of my pictures from the old photo book!