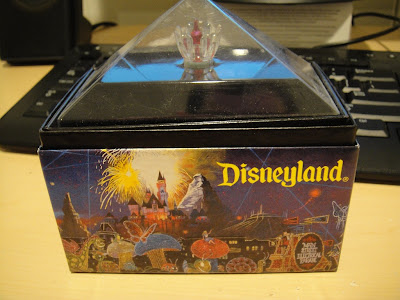 Remember back in 1996 when the Main Street Electrical Parade closed at Disneyland? I was 13 at the time and was dumb enough to think that Disney was actually retiring this beloved parade. I was so dumb that I saved up every penny I could get so I could buy a part of the parade that I could cherish forever. Now it is 15 years later and MSEP is still going strong at Walt Disney World, and my single $25 (plus shipping and handling) light bulb, that Disney probably bought at Pic-n-Save, sits on a shelf with all my other Disney crap. You win this one Walt Disney Company.