Being a child from the 80’s was the best. We had the best music, video games, and cartoons. During this magnificent time, there was one man who defined it. That individual was Michael Jackson. Who would have thought that two of my favorite things (Disneyland and Michael Jackson) would come together to create one of the best attractions ever created: Captain EO.

As a kid, I remember experiencing Captain EO multiple times whenever I would go to Disneyland, and when it first closed in 1997, I was heart broken. Captain EO was taken out to make room for for Honey, I Shrunk the Audience, which was an underwhelming attraction for an underwhelming film. It was truly a sad day. Jump to February 23rd, 2010. The return of Michael Jackson and his rag-time-crew members to Disneyland. 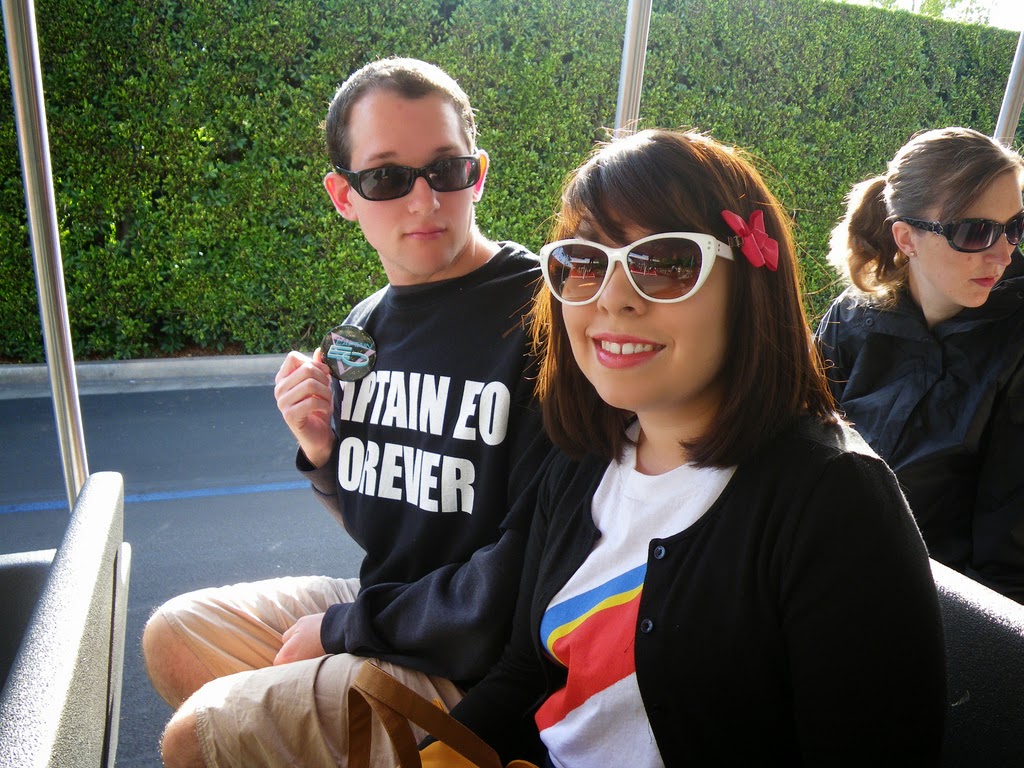 Guy, Jen, and myself (taking the picture) arriving at Disneyland. 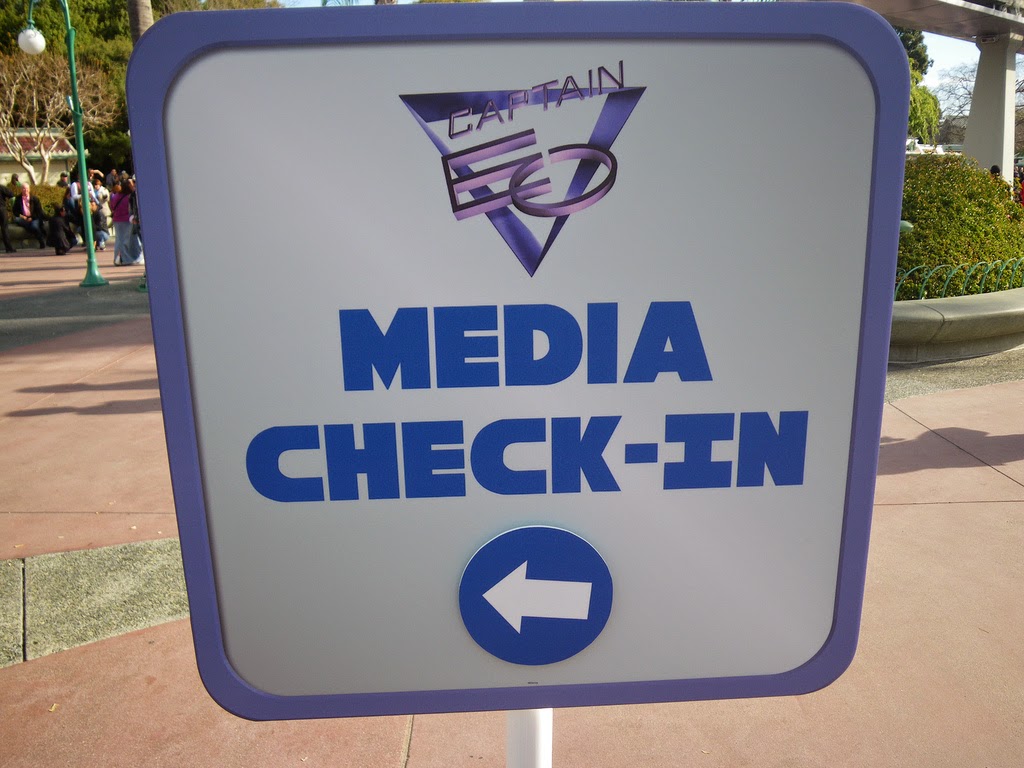 I wonder what Disneyland ever did with this sign? 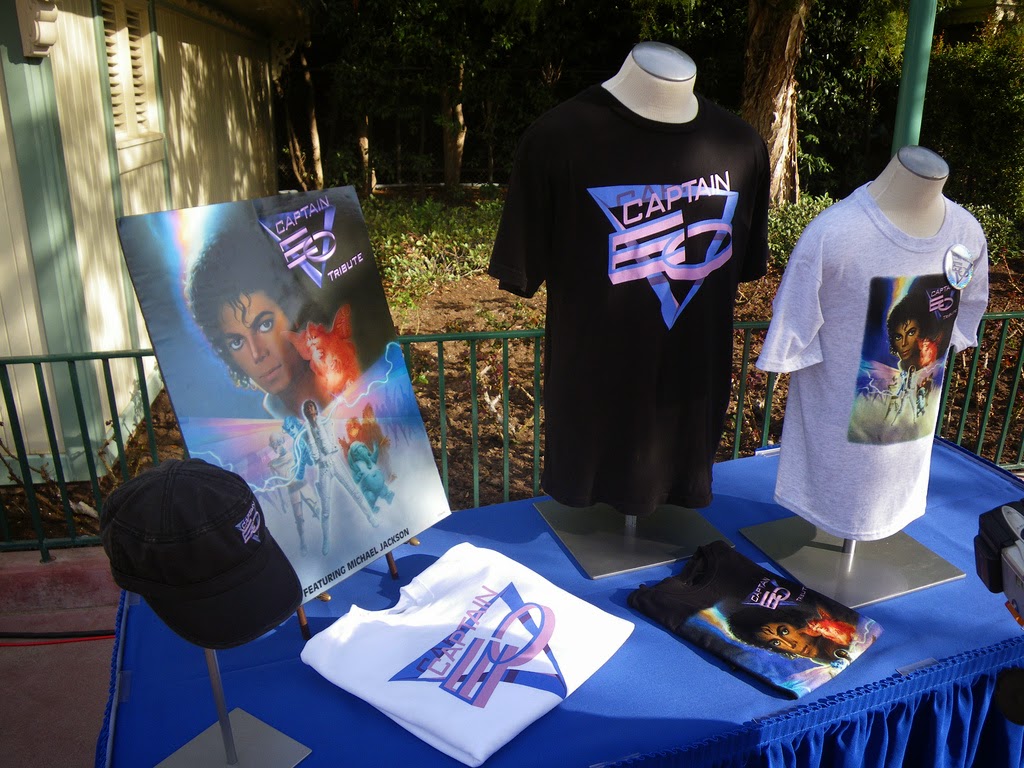 Some of the best merch ever created. 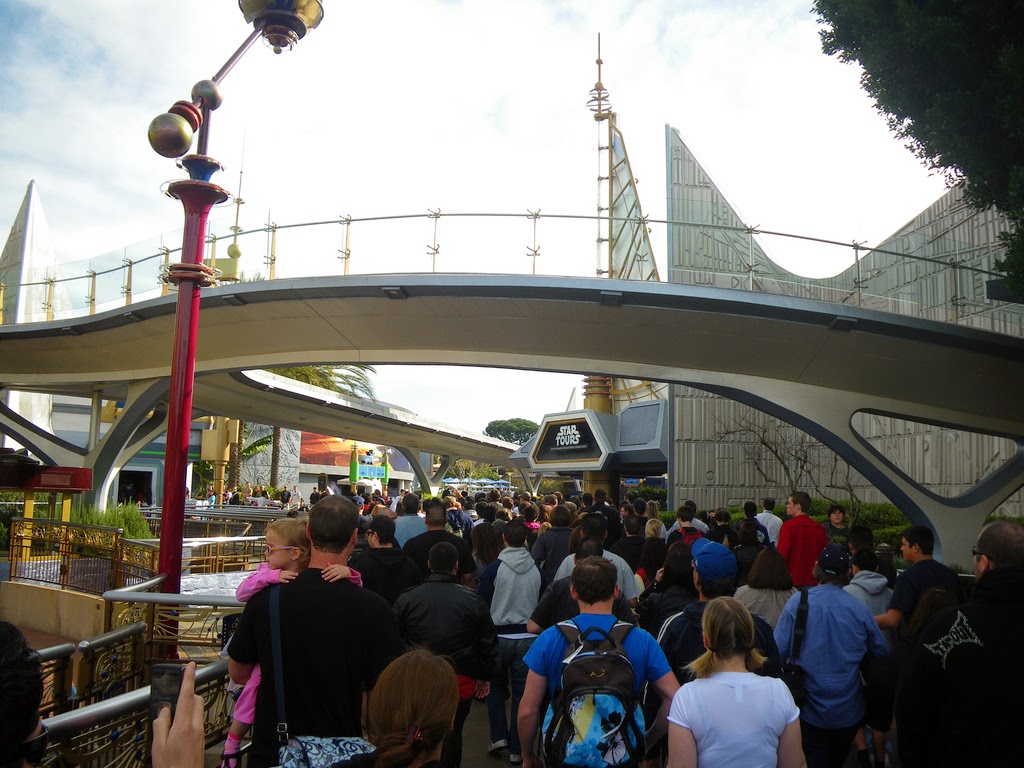 Cast members marched us all in so we could get in line for Captain EO before the parked even opened. 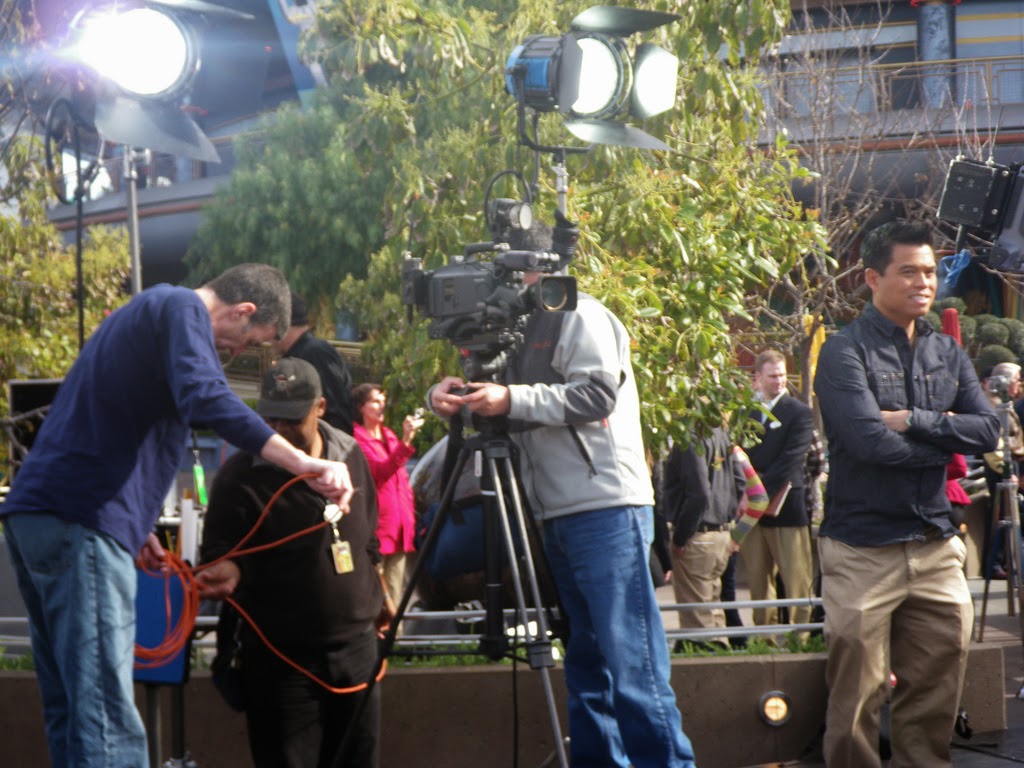 Lots of media was set-up for this amazing reopening. 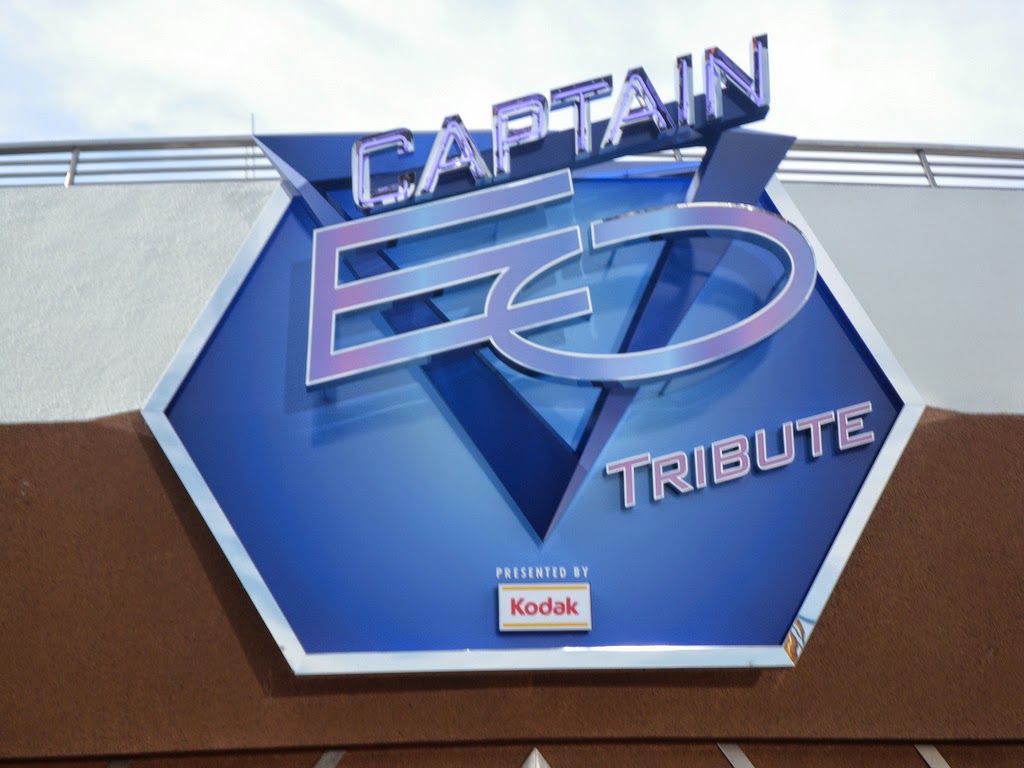 Seeing this sign, for the first time, brought tears to my eyes. 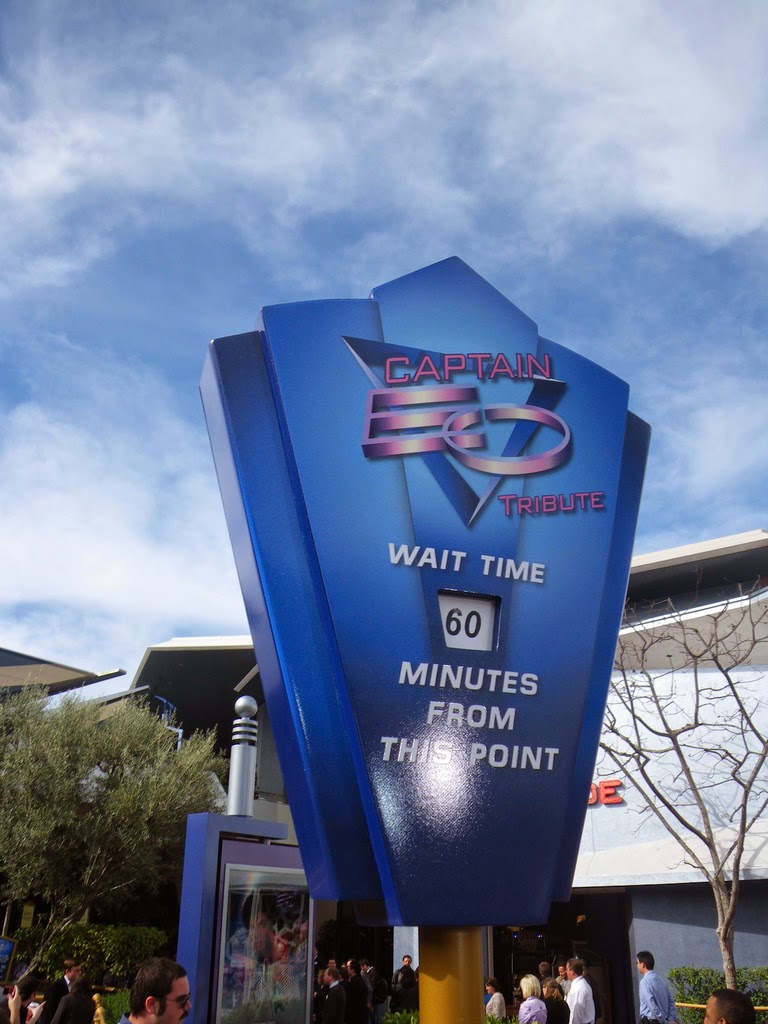 This is something you don’t see everyday. 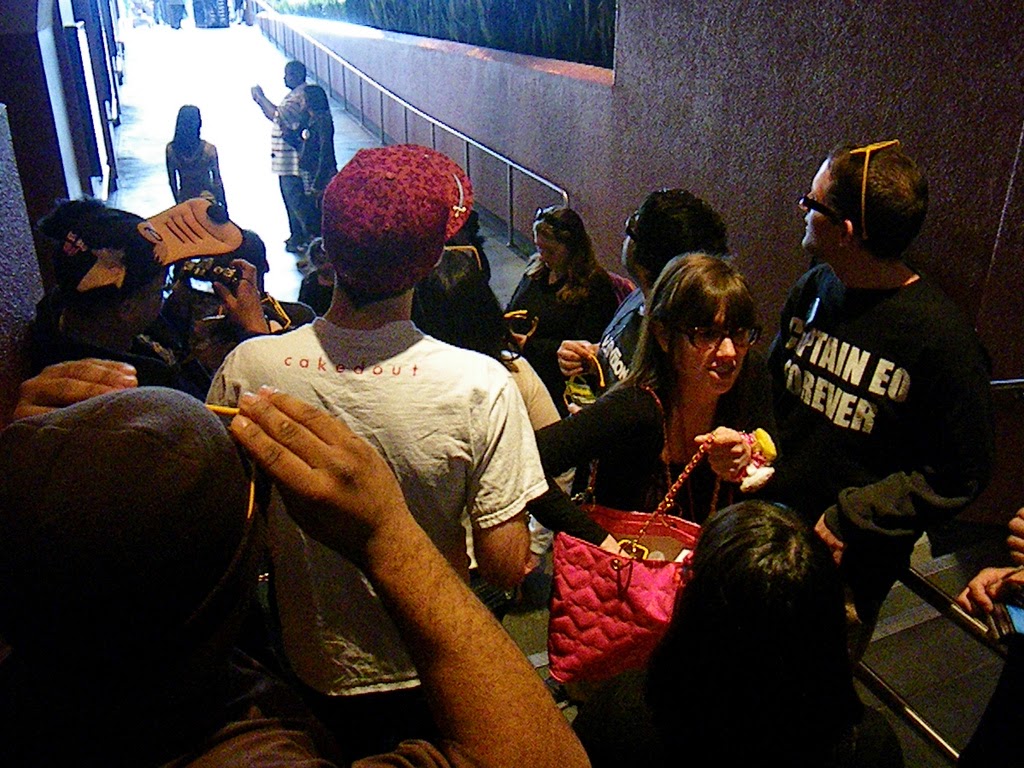 The crowd getting packed into waiting area for the first showing. 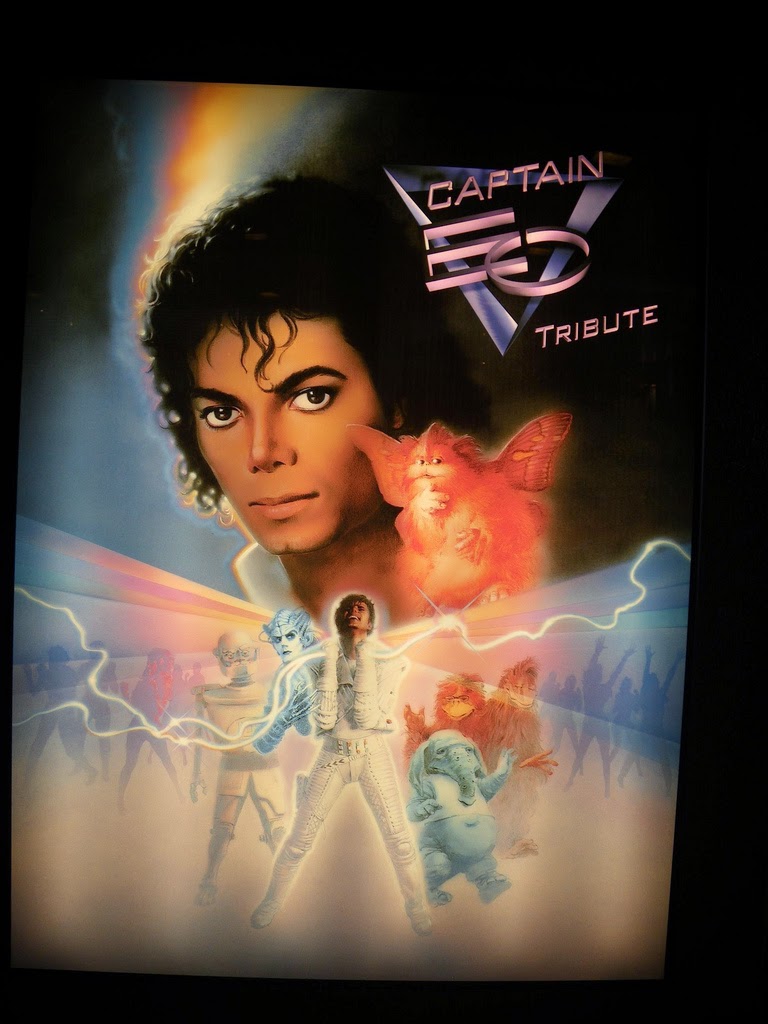 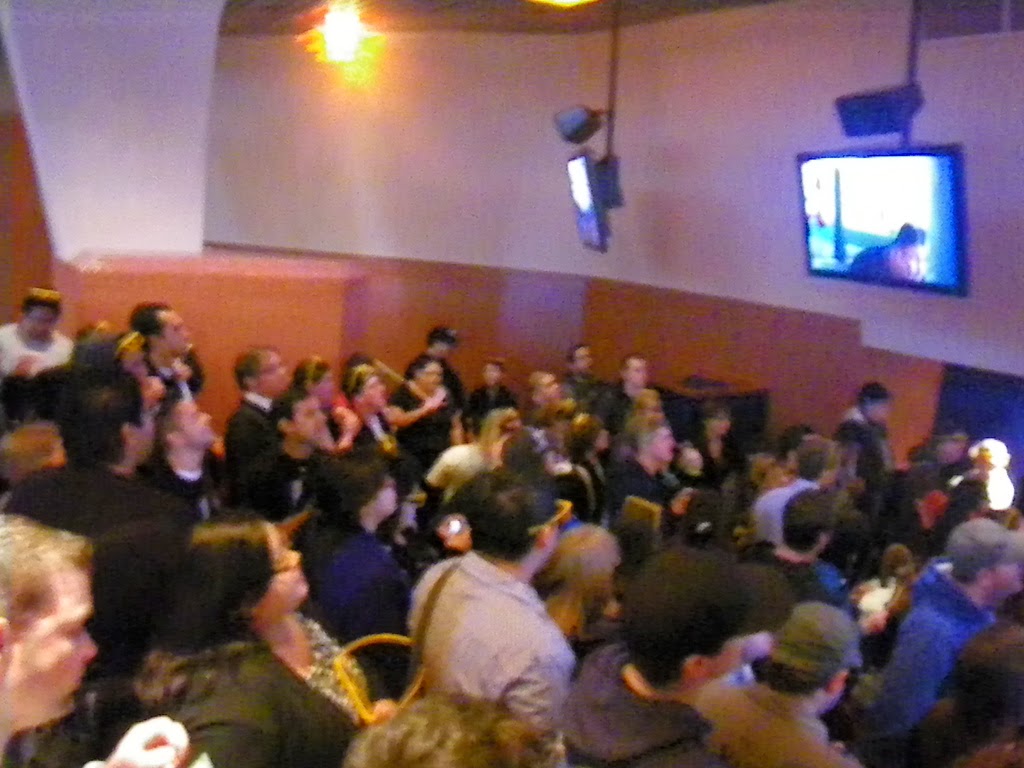 The crowd is watching the pre-show for the first time. This has to be one of the best pre-shows, from any attraction, I have ever seen. 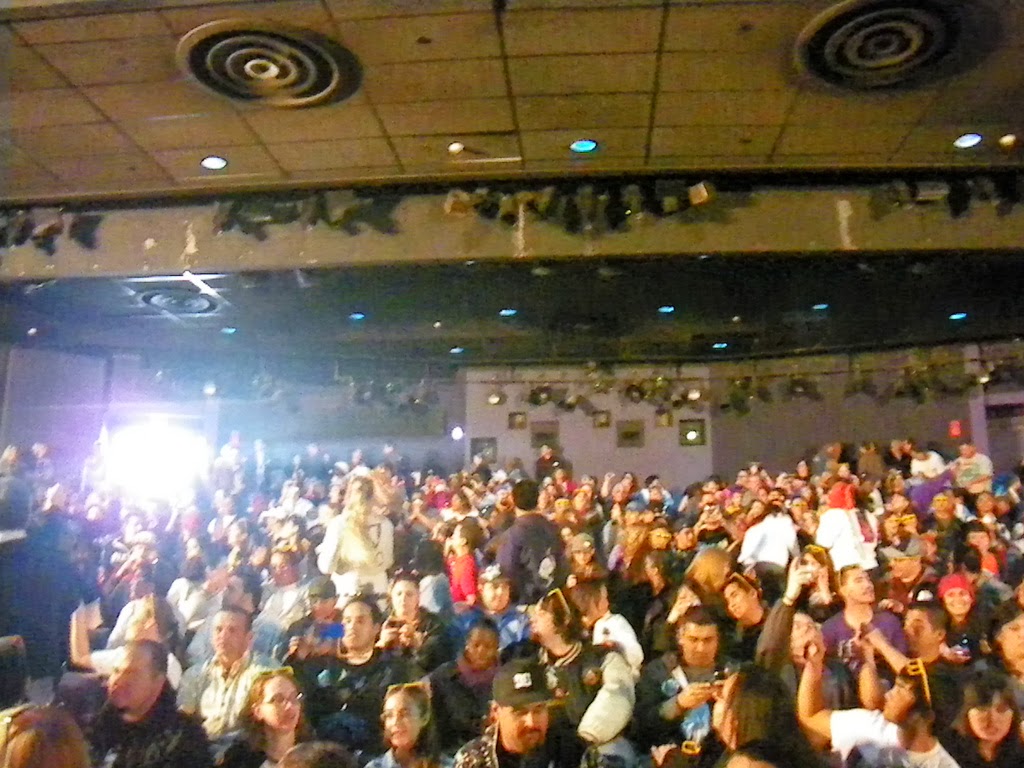 It was a packed house and a lot of energy was in the air.
It was an amazing first showings. People were yelling, screaming, crying, and fainting in their seats.*
*Some of the stuff in the above sentence didn’t happen but people were really excited* 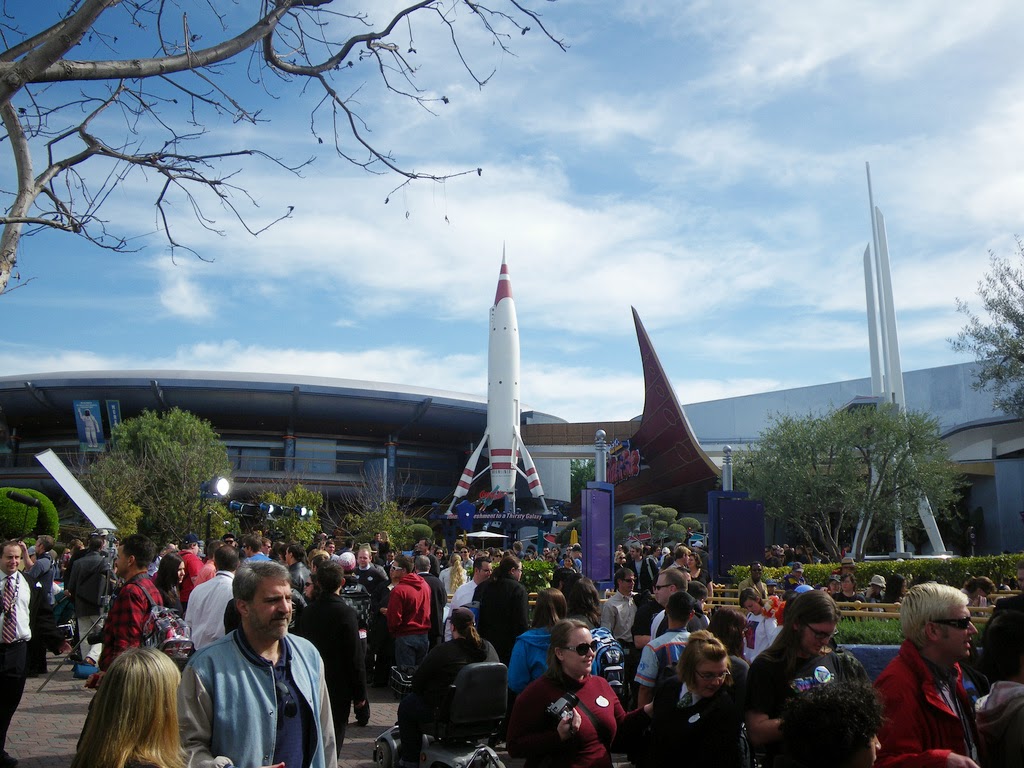 The crowd disbursing after the first showing.
Even though Disney says that Captain EO will return after they stop their Guardians of the Galaxy 3D preview, this is just one step towards Captain EO being gone forever. To be honest, I am surprised, and thankful, that it has been around for this long. This was, hands down, my favorite Disneyland trip I have ever had. The icing on the cake was when Guy and I (mostly Guy) made it on TV. Enjoy.