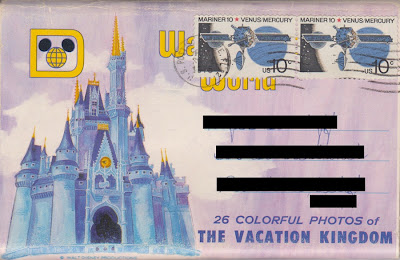 Part 2 of my vintage Walt Disney World postcards from 1975!
(Click here for part 1)
Again I have to apologize for the image quality, these postcards have sitting in a box for 36 years! 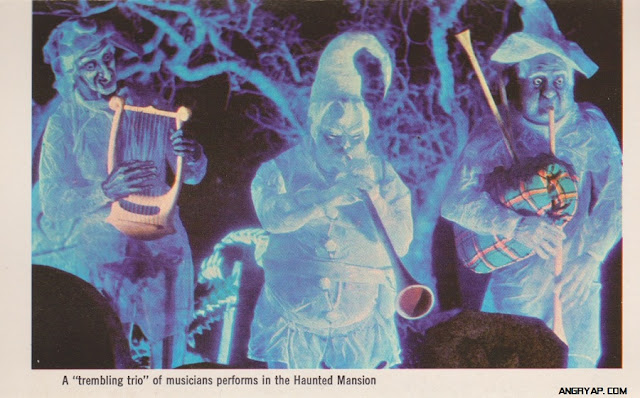 All of the vintage publicity photos for Haunted Mansion always look so cool. I don’t know how they got them to look so ghostly in the days without Photoshop but they look better than most of the current images from the Mansion look today. 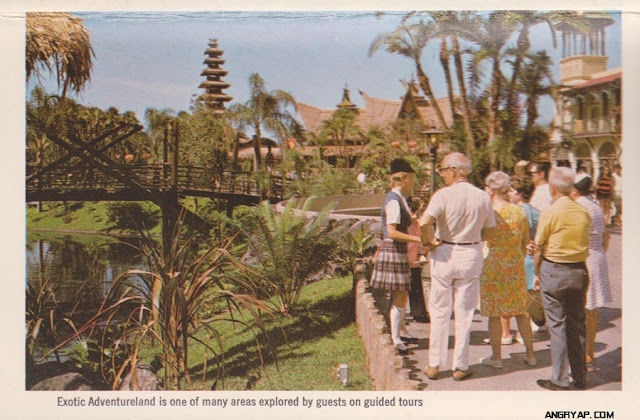 This image would be impossible to reproduce today. The giant ugly Magic Carpets of Aladdin would be towering in the background, and this was way before the lush jungle we see in the current Adventureland grew in. 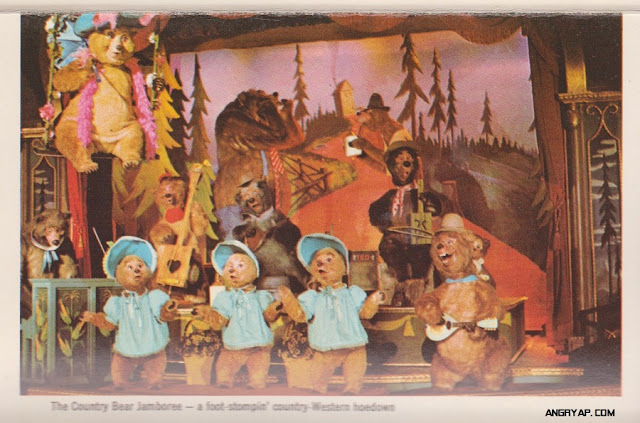 It’s hard to believe The Country Bear Jamboree has been entertaining guests for 40 years now! 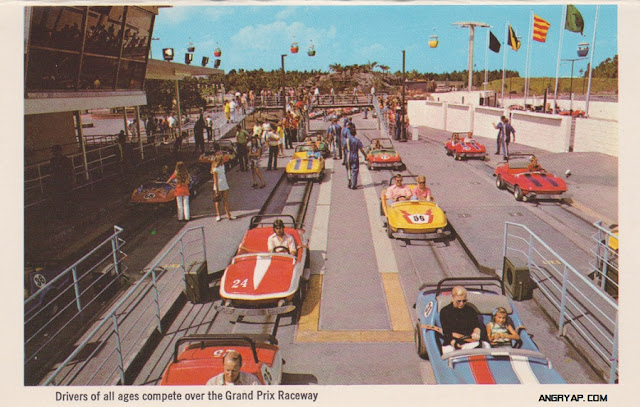 The Grand Prix Raceway (now known as the Tomorrowland Speedway) looks basically the same as it does today. I always wondered why the Magic Kingdom didn’t get a copy of Autopia from Disneyland. WDW’s version of the ride always seemed a bit bland and boring to me. Obviously not everyone feels this way because it’s still one of the park’s most popular attractions. 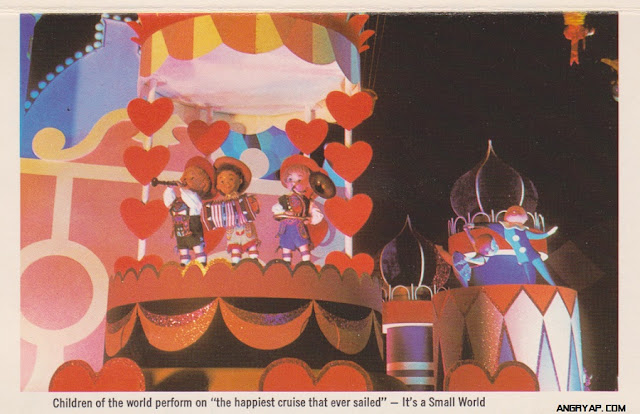 Did you know that when It’s a Small World was being developed for the 1964 World’s Fair the original soundtrack for each nation was their specific National Anthem. Once the Imagineers heard all the national anthems playing together they said it sounded like hundreds of kids singing different songs. The original idea was scrapped and the Sherman Brothers were brought in to write a song that could be translated to all the different languages and blend together as the guests ride through. 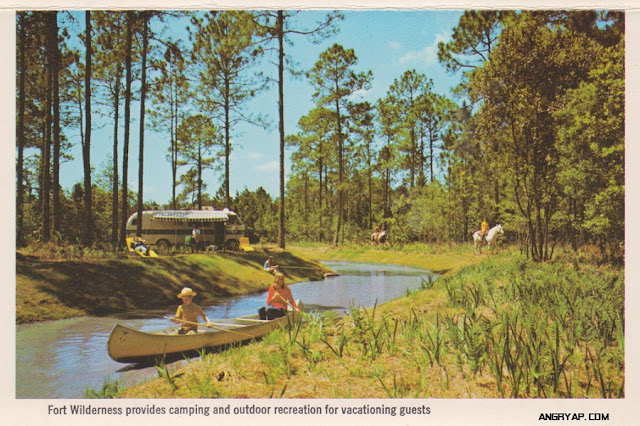 Fort Wilderness looks MUCH different these days. Now you will find hundreds of camping spots and a lush forest. I’ve never seen anyone use a canoes at Walt Disney World but a quick search said you can still rent them. So, there you go folks, there is still a way to ride canoes in Walt Disney World!
That’s it for this round of vintage WDW postcards. Be sure to take a look at the first set!