Skip to content
Today I’m taking a look at a Disney-MGM Studios (now known as Disney’s Hollywood Studios) guide map from 1996 in honor of Studios Central’s “DHS Awareness Week.” I’ve never hidden the fact that the Studios is one of my least favorite Disney theme parks, but back then there were some cool attractions to be found! This map is from my first visit to Walt Disney World back in 1996.

The front features the brand new show “Hunchback of Notre Dame A Musical Adventure.” Walt Disney World and Disneyland got a Hunchback show to promote the new film. Unfortunately just like the movie neither of them were very good and didn’t last long. 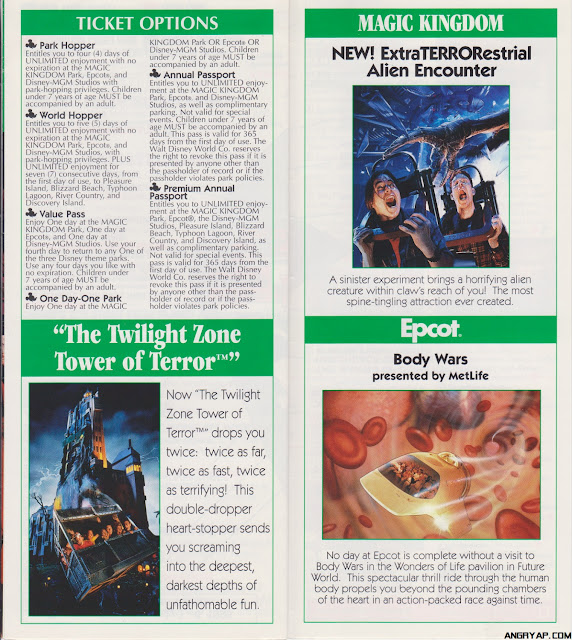 This page features a look at what you could experience if you had chosen to go to a better theme parks that day, I’m kidding. The most popular attraction at Epcot at the time was Body Wars, and the Magic Kingdom’s newest attraction was the amazing ExtraTERRORestrial Alien Encounter. Sadly both of these fine attractions have been closed for years. 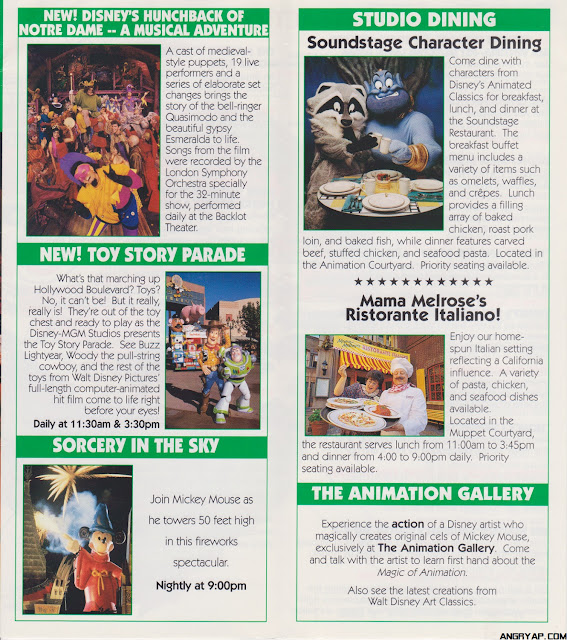 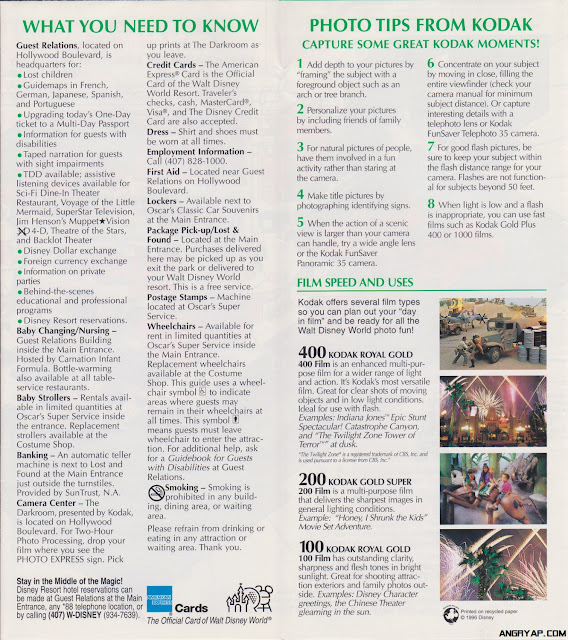 The thing that sticks out on this page is the Employment Information. I can’t remember the last time Disney put this information in a guide map. 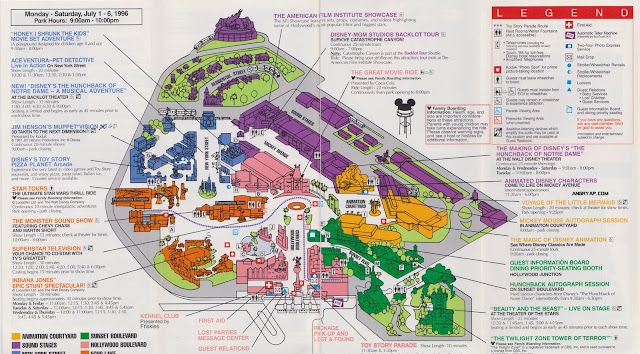 The Studios were a bit different in 1996. Residential Street was still part of the tram tour. It was knocked down a few years ago for the awful Lights Motors Action Stunt Show. Notice the strange “Ace Ventura Pet Detective” show on the map. Yes, a Disney theme park actually had a Ace Ventura show.
One of the coolest thing I remember about my trip in ’96 was the walk through tour of the Animation studio. During the tour you could see actual Disney artist working on actual Disney feature animated films. Amazing. In 1996 Disney still thought they could make the whole “real working studio” thing work. But it didn’t, at all. Movie companies are located in Hollywood and they soon realized there was no reason to pay the extra cost to send hundreds of crew members 3000 miles away from home to make a movie. 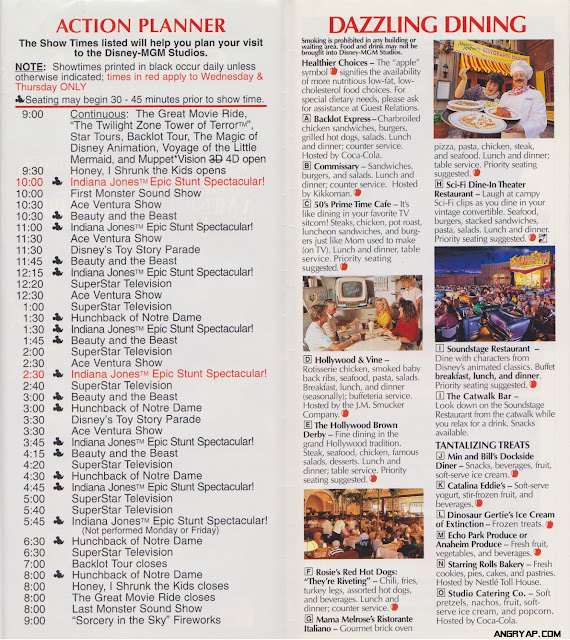 I do have positive things to say about this park. One, it is home to arguably the best ride in Walt Disney World, Twilight Zone Tower of Terror. And two, Disney’s Hollywood Studios has always had good dining options. 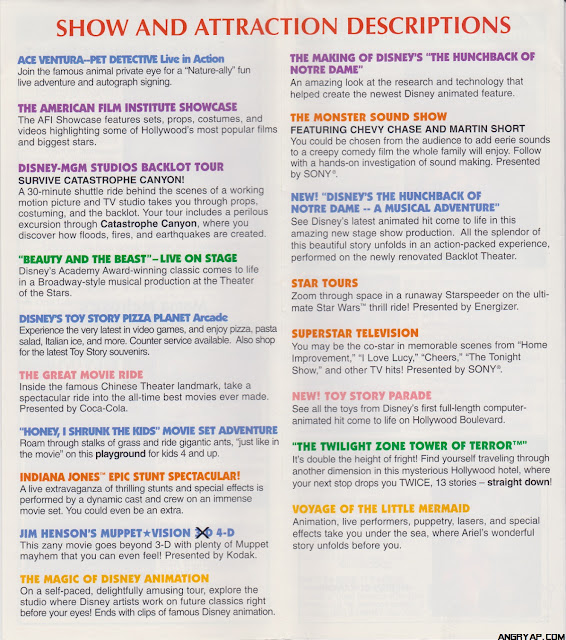 It’s easy to picture the fun!