Many visitors to Walt Disney World don’t realize there was a precursor to Disney’s Animal Kingdom theme park. From 1974 to 1999 Disney operated a zoological park located in Bay Lake near the Contemporary Resort and Wilderness Lodge. 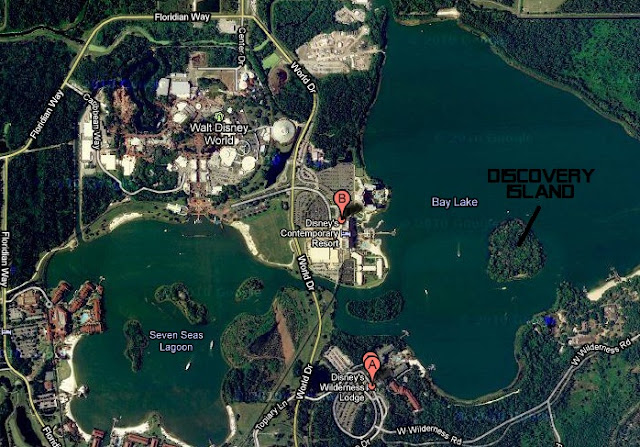 Discovery Island was closed in 1999 due to Animal Kingdom offering pretty much the same product and most of the animals being transported to the new theme park.

This is the front of the guide map 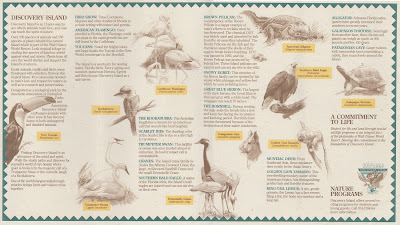 The inside of the map shows some of the animals that may be encountered on the island. 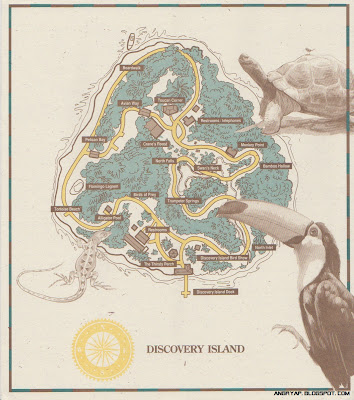 As you can see, the park was modest in size. Also unique to Discovery Island is the fact that people had to take a boat to access it!

The back of the map shows demonstration times.
Discovery Island has been closed for over 10 years now but it has its share of fans. Last year, some urban explorers went back to the island and took some great pictures and video! The Discovery Island name lives on as the name of a land in Disney’s Animal Kingdom theme park.