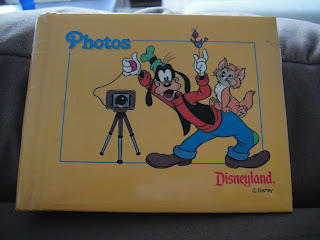 Lets dip back in to my old Disneyland photo album for another look at Disneyland Afternoon Avenue! 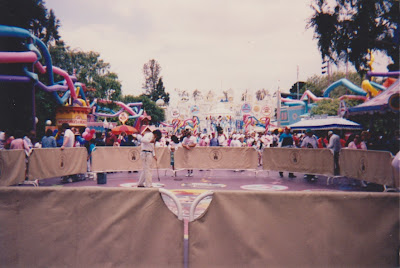 At one point Disney Afternoon earned massive ratings for the company so naturally they wanted to exploit it in the park, I get that. But really, look at all this crap every where. It was so cheap looking, especially in front of the beautiful It’s a Small World show building. 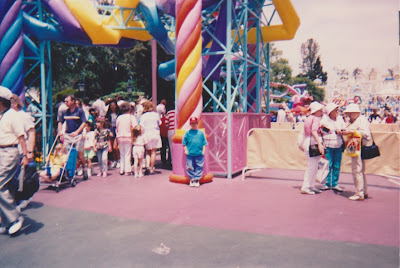 In this picture the photographer showcases questionable photo taking skills. That is me in the dead center. Obviously I wanted to be in the picture with whatever was above me. You would think the person taking the picture wouldn’t see the need to include the ground as half of the pic. But… Who’s the sucker now, here I am complaining about it almost 20 years later on the internet. 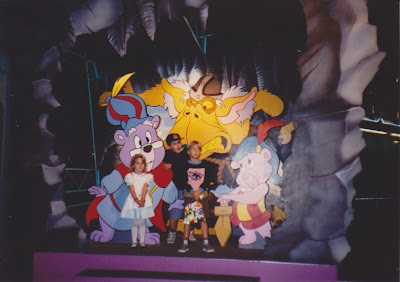 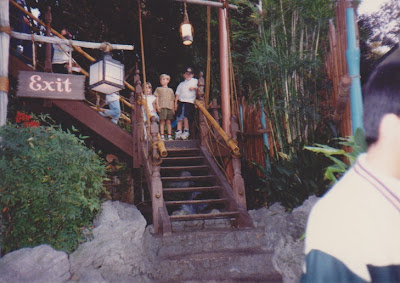 Not Afternoon Avenue related but I thought I’d share this. The Swiss Family Tree House!