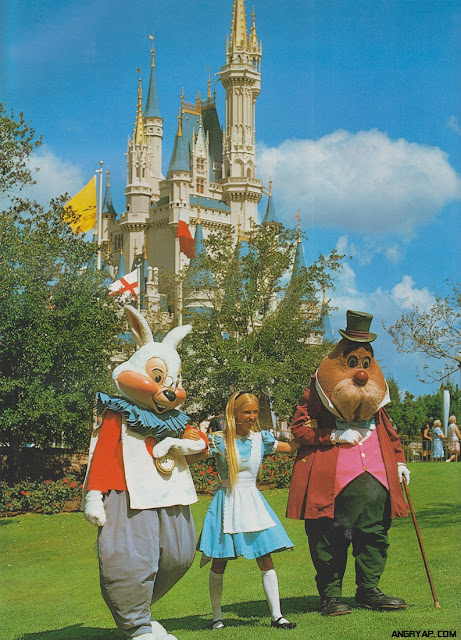 This is probably one of the best Walt Disney World pictures I have ever seen. The While Rabbit and the Walrus (which I have never seen in the parks) are standing next to a very pretty and tanned (and naturally blond?) Alice. It’s too bad Disney doesn’t do publicity photos like this anymore. 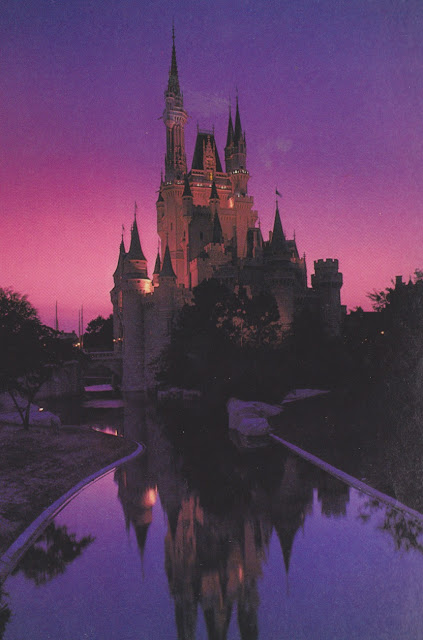 Another picture of the castle, this time in the evening. It shows that Cinderella castle is stunning from any angle! 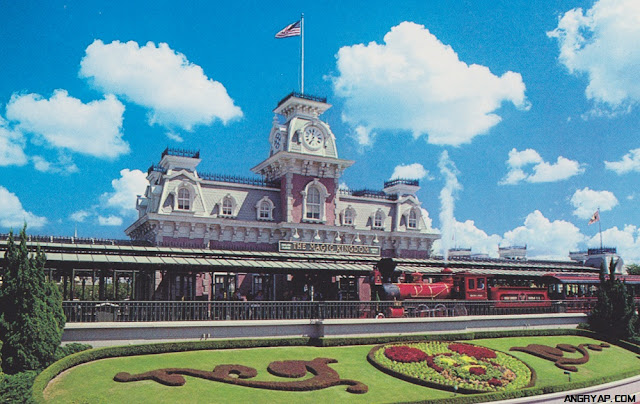 The Main Street train station as it appeared 40 years ago.

This picture shows what the Rivers of America looked like before 40 years of vegetation growth. The Haunted Mansion looks like it towers over the river and surrounding buildings. Also seen is the Admiral Joe Fowler riverboat. It was an opening day attraction but was accidentally destroyed in 1980 during refurbishment. Did you know it cost a D ticket to ride? 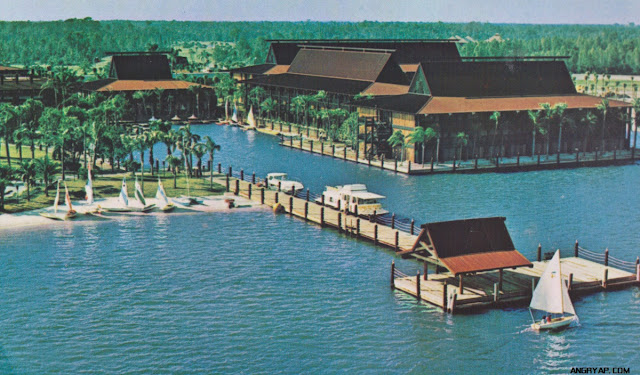 The beautiful Polynesian Village Resort. Did you know that John Lennon official signed the paperwork to end The Beatles in this hotel? It’s true! The rest of the band had already signed the papers in New York but John was on vacation at Walt Disney World.