I’ll get to today’s update in a minute but first I have to thank the excellent blog Imagineering Disney for linking us in their sidebar. They are one of the better Disney fan blogs and frequently post pictures and items that even the most hardcore Disney fan have never seen. Also, their Abandoned Disney series of posts is an absolute must see! I would also like to welcome a new co-author to Angry Disneyland AP. Jaana will be providing her excellent professional Disneyland photographs to our little ol’ blog. Her personal can be found here. Now, on to today’s update!

These pictures were taken from a book titled “Walt Disney’s Disneyland” written by imagineering legend Marty Sklar! The book is dated as being from 1965 but I have a feeling some of these photos were taken earlier. 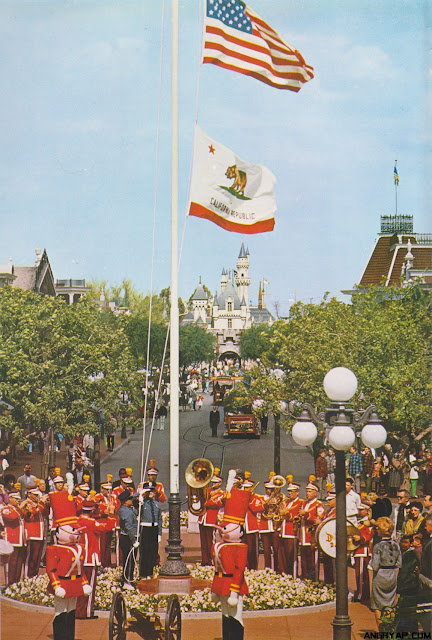 This shot confuses me. It’s obviously of the flag retreat ceremony, but notice the Christmas toy soldiers. There are no other Christmas decorations in this photo. Granted, this picture was taken 18 years before I was born but I know for sure Disneyland had a giant tree and other assorted decorations on Main Street. Could this be a staged photo? 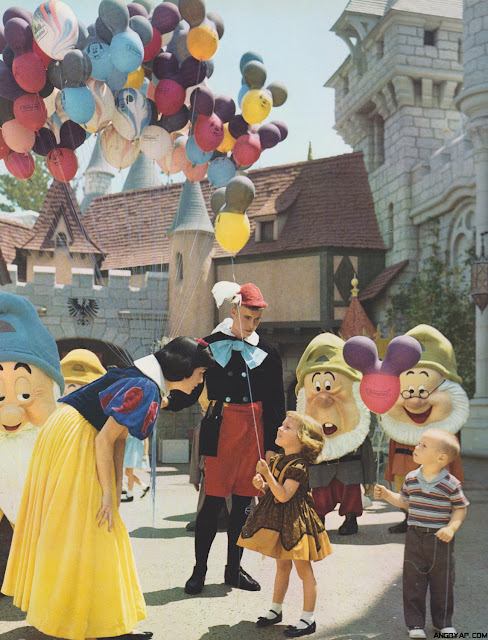 The thing that stands out most is costume the balloon sellers had to wear. Those poor guys. I wonder how much those balloons were back then? Probably not equal to the $14 they charge today. 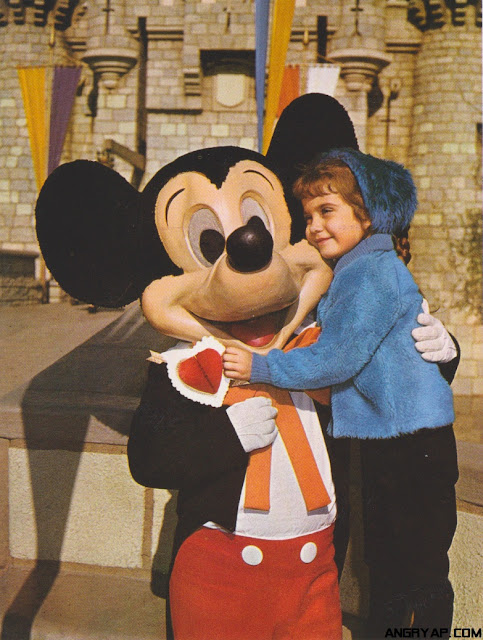 One thing that always stands out in vintage Disneyland pictures is how creepy the characters look. But in this one, Mickey doesn’t look so bad! 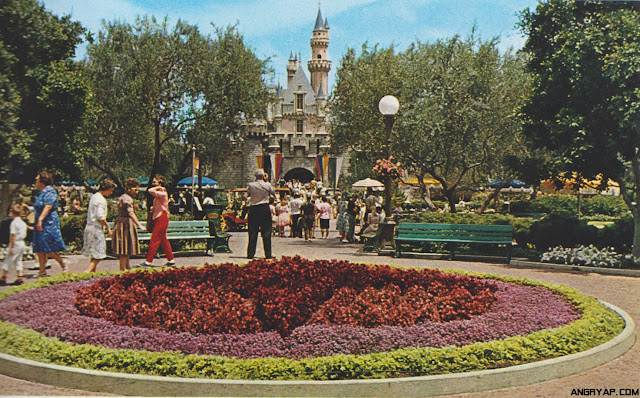 The hub, pre-partners statue days. Notice there weren’t gates everywhere back then. 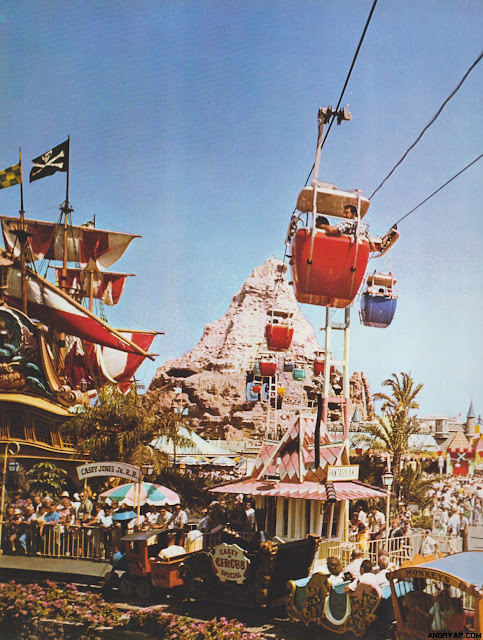 Fantasyland. Correct me if I’m wrong but I believe this is the spot Dumbo now occupies. 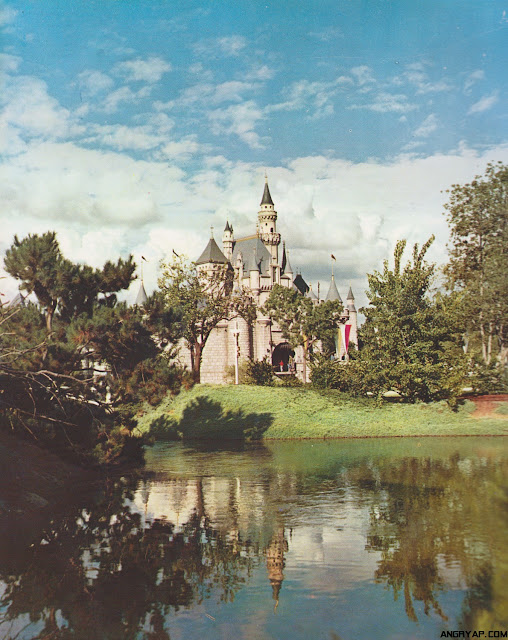 This has got to be one of the most beautiful pictures of Sleeping Beauty Castle that I have ever seen. 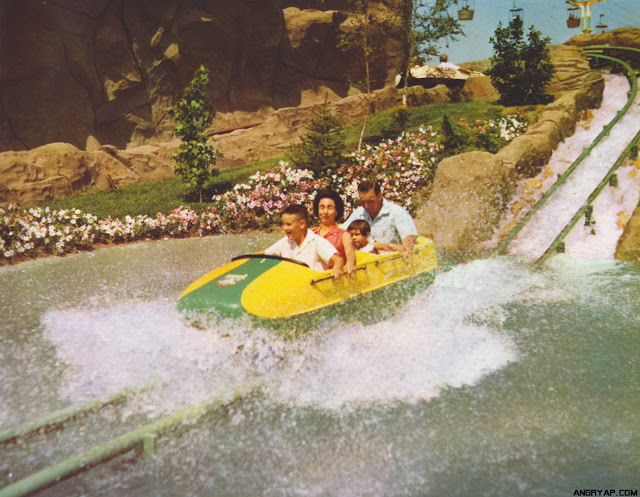 A lot has changed on the Matterhorn. In 1965 there was less snow, more vegetation, different bobsleds, and no Abominable Snowman! 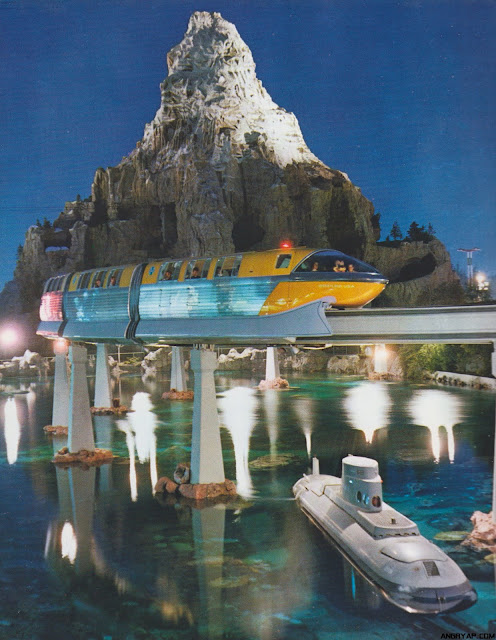 A beautiful night shot of the Monorail, Submarine Voyage, and Matterhorn.
I will be back Friday with another vintage Disneyland map. Next week we will have a series of posts on my recent trip to Club 33 at Disneyland! See you then.