This Disneyland guide map comes from 1994 which was the year the park was preparing for it’s big 40th anniversary festivities the next year. Looking at this map it’s hard to believe I was in 4th grade at the time (I’m 28 now) and it was the first year I had an annual pass. 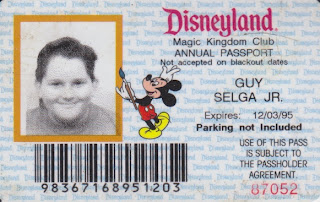 My first AP was a “Magic Kingdom Club Annual Passport”

This is a great cover. A lot of classic publicity shots and nice Mickey balloon clip art images. 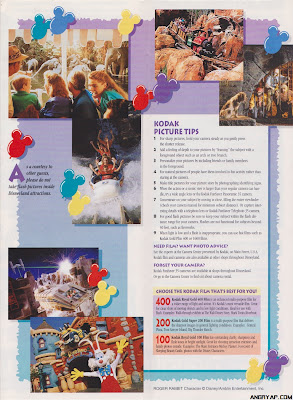 Whatever Disney paid for that Star Tours publicity photo was worth it because that image was used in almost every park map, book, and newspaper I ever saw for Disneyland or World back then. 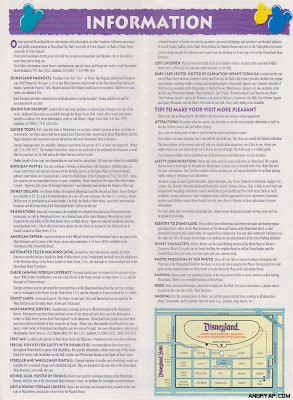 A nice wall of text and a map of the parking lot! 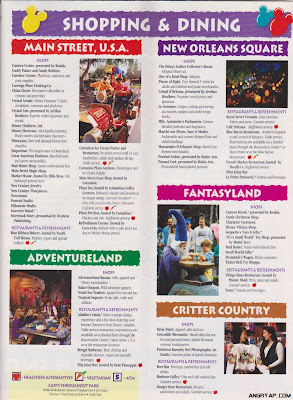 At this point Aladdin’s Oasis was a year old and operated in it’s intended function as a full service character restaurant. A couple of years later it started its decade and counting term as a mostly unused venue besides the occasional character story time and meet and greet. I never got a chance to eat there.

Those were the good old days. Annual passes for $99 or $199. There were no SoCal select APs or anything like that. 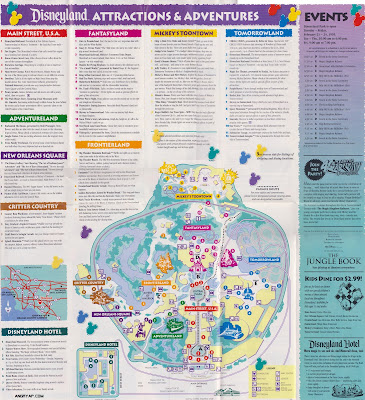 It is interesting to note that this map pre-dates Indiana Jones Adventure by a year but it is already located on the map ready to go. I’m actually not a fan of the art style used in this map. Apparantly nobody else was either as this only lasted a couple of years. Starting in 1996 they switched to this style of map.

As always the back of the map reminds us it’s easy to picture the fun.
That wraps of another week on Angry Disneyland AP. Reminder,
next week is Club 33 week on the site. Jaana and I will both share pictures from our recent visits. I will also show pictures of some of the merchandise and my review of both lunch and dinner.